Formula One has banned pre-race flypasts by military aircraft this season, but Britain’s Red Arrows display team is exempt along with passenger jets using sustainable fuels.

Formula One said that the decision was taken for environmental reasons, with the sport determined to reduce its carbon footprint.

Silverstone Circuit managing director Stuart Pringle confirmed in a statement that the Red Arrows would remain part of the British Grand Prix buildup. 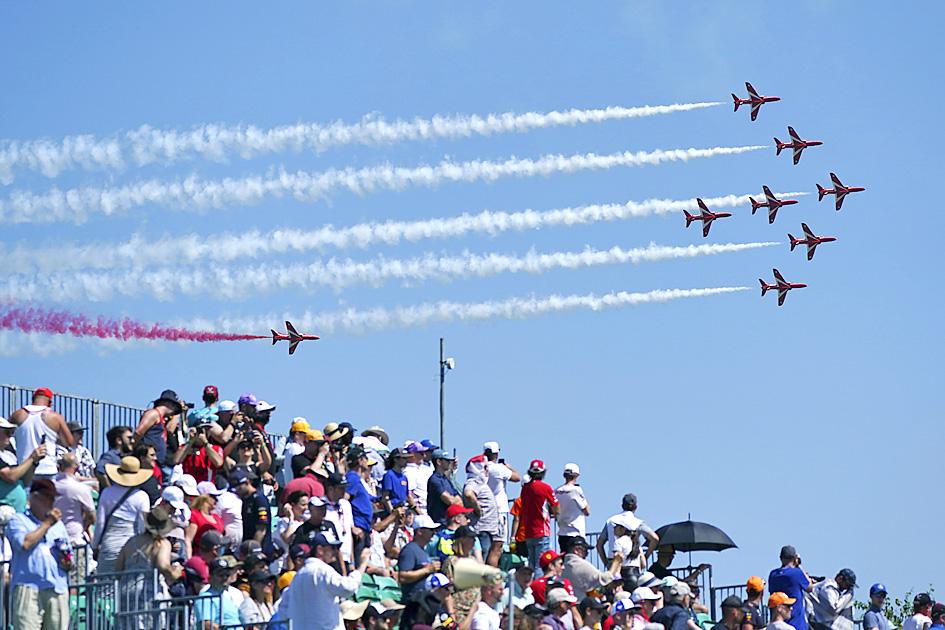 “The Red Arrows have played a significant part in entertaining motorsport fans since they first performed at the British Grand Prix in 1966 and I am pleased to say that Formula One has confirmed this much-loved tradition can continue at Silverstone in 2022,” Pringle said.

“The Red Arrows, officially known as the Royal Air Force Aerobatic Team, are not classed as military aviation and, as such, do not fall into the category of those displays that will no longer be permitted at Formula One events,” he said.

However, the Corriere della Sera reported that Italy’s Frecce Tricolori would no longer feature at Imola and Monza this year.

The newspaper said that some suspected Formula One wanted to remove displays that might be seen as shows of military power or propaganda.

Races in Abu Dhabi and Bahrain are sponsored by Etihad and Gulf Air respectively, with both using their Boeing 787 Dreamliners to highlight low-emission technology and sustainable fuel.

Formula One is aiming to achieve a net zero-carbon footprint by 2030, with 100 percent sustainable fuels from 2026 when a new engine is introduced.

Nearly all private cars were banned from September’s Dutch Grand Prix at Zandvoort, with most fans either cycling to the coastal circuit west of Amsterdam or taking a train.