Governments worldwide are easing quarantine rules, reviewing COVID-19 curbs and dialing back pandemic-era emergency support as they bid to launch their economies back into some version of normality.

The moves, motivated by the lower severity of the Omicron variant of SARS-CoV-2 and the need to keep workers employed and the global recovery on track, have generated a whiff of optimism that has lifted oil and stock prices.

Health experts say the variant’s rapid spread might yet herald a turning point in the pandemic. 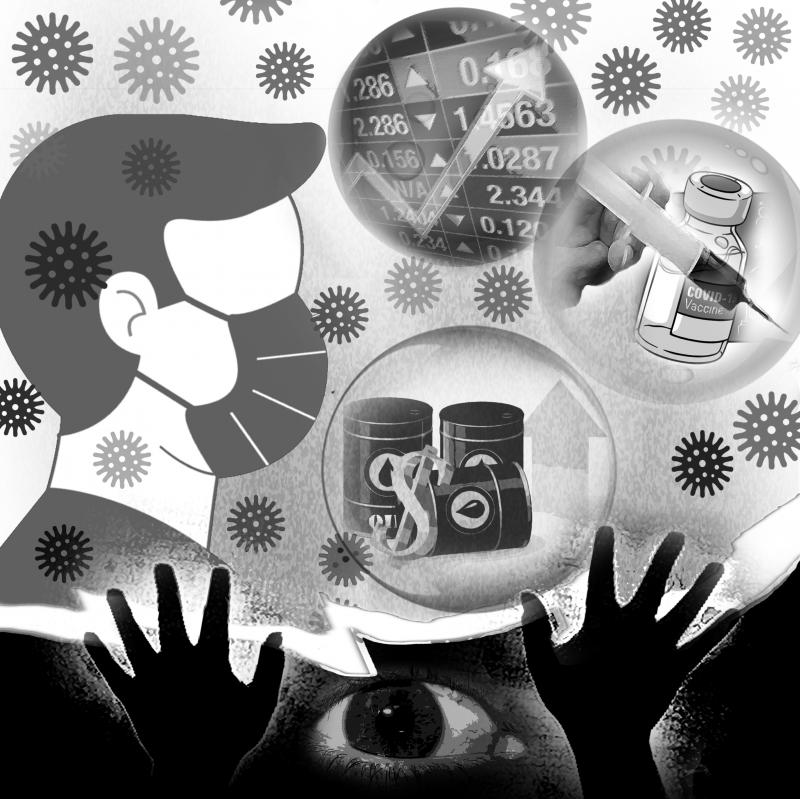 Much depends on how authorities manage ongoing vaccination rollouts and balance other health measures still needed, while persuading their citizens not to throw caution to the wind, they add.

“We are taking a big step and that also means we’re taking a big risk,” Dutch Prime Minister Mark Rutte said last week before stores, hairdressers and gyms reopened in a partial lifting of a lockdown despite record numbers of new cases.

That lockdown was already something of a rarity, with most western countries well past that stage and focused on how to safely open up further.

About six countries have cut quarantine times from 10 to five days, citing Omicron’s faster infection cycle as grounds to loosen rules that have led to a wave of worker absences hitting businesses.

Omicron’s ability to rifle quickly through a population without causing a proportionate rise in hospitalizations and deaths even prompted Spain’s prime minister to suggest it be treated akin to an endemic illness such as influenza.

While few are using that specific word, policymakers whose priority now is to wean economies off the cheap money fueling inflation have started to depict COVID-19 as something businesses and households must learn to live with.

“What we are seeing is an economy that functions right through these waves of COVID,” US Federal Reserve Chairman Jerome Powell said last week.

“If the experts are right and Omicron is going to go through really quickly and peak perhaps within a month and come down after that, I think it is likely you will see lower hiring and perhaps a pause in growth, but it should be short-lived,” he said.

Such a scenario would facilitate the Fed’s full-on turn towards normalizing policy this year with as many as three interest rate hikes.

Other central banks also looking to wind back stimulus share that view.

“It [Omicron] is proving very contagious, but less deadly, so economies will live with it,” one European Central Bank policymaker said, adding that the bank’s baseline scenario assumed a “continued resolution of the health crisis in 2022.”

Similarly, the Bank of Japan, while listing Omicron as a risk, is seen sticking to its view that the local economy would pursue a recovery driven by robust exports and massive state spending.

If that upbeat outlook materializes, governments would also be able to start winding back the emergency fiscal support, which the IMF said has led to the largest one-year surge in global debt since World War II.

In October last year, the fund forecast global economic growth of 4.9 percent this year, while underscoring uncertainty posed by COVID-19.

It postponed the release of its next outlook to Tuesday to factor in the latest Omicron developments.

That means ramping up access to shots in the developing world as wealthier countries focus on boosters that widespread evidence, including hard data from Italy and Germany, shows offer significant protection against the risk of hospitalization, intensive care and death.

Dutch COVID-19 hospitalizations, while off all-time pandemic peaks of about 2,000, remain above 900.

That is affecting workplace absences and acute care for other conditions, and the government is hoping to quickly increase a booster shot coverage rate of about 50 percent of adults, relatively low by euro zone standards.

Another fly in the ointment for any early return to normal might be China’s resolve to pursue a strict “COVID-zero” strategy likely to lead to shutdowns hitting supply chains and therefore its trade partners.

While the belief that the global recovery can live with Omicron might be expedient, it might yet run up against epidemiology.

Lawrence Young, professor of molecular oncology at the University of Warwick, said that US and Japanese studies showing that more than 30 percent of cases remain highly infectious after five days suggest moves to relax quarantine rules could backfire.

“This is a policy decision … based on the need to get people back to work… Returning people after five days risks highly infectious people returning to work or school,” he said.

He and other experts said that those risks could be mitigated by strict enforcement of lateral flow testing, mask-wearing and contact-limiting — a tricky health message for authorities perceived to be easing up on some rules.

“There’s a big sense that we’re coming out of all of this,” Young said. “But I think it’s an interesting, dangerous period if people are too complacent about it.”