Half a century after a small group of radicals created Greenpeace, the head of the environmental organization warned that it still has far to go on the climate crisis before it can truly celebrate.

Created on Sept. 15, 1971, when a ship of the same name tried to stop a US nuclear test, Greenpeace has become one of the world’s best known action groups with its headline-grabbing stunts, but the organization’s 50th anniversary is expected to be a subdued affair, Greenpeace International executive director Jennifer Morgan said.

“There is not a lot to celebrate right now. We are in a climate emergency,” Morgan said in an interview at the group’s headquarters in a modest office block on the outskirts of Amsterdam. 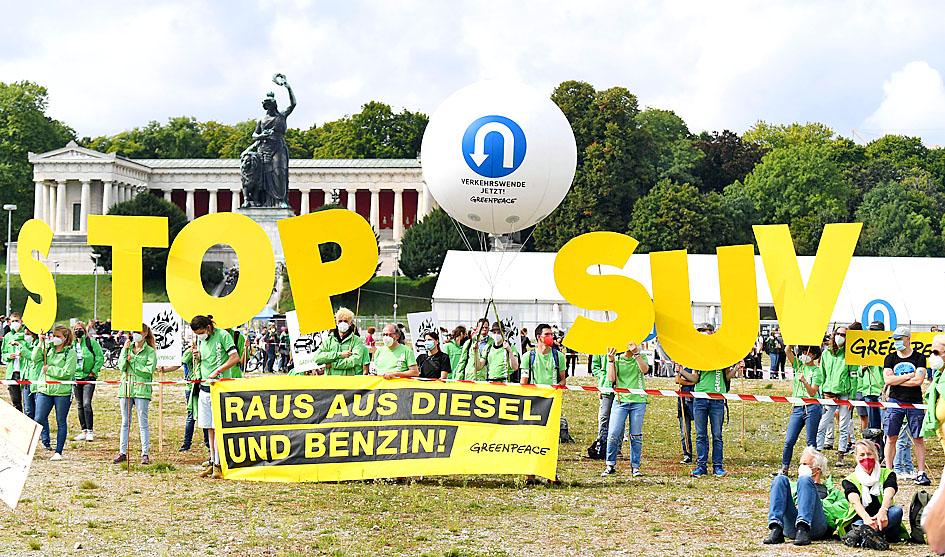 Morgan said that she was “deeply worried” that the world’s response would fall short at the crucial COP26 climate summit in Glasgow, Scotland, in November.

“Everything that we’ve done over those 50 years, we have to pull together now, and deploy it into creating absolutely radical and deep change. Time is running out,” she said.

Greenpeace’s journey began idealistically, if unsuccessfully, with that first sailing from the Canadian port of Vancouver. The bid by the boat Greenpeace to halt a nuclear test off the Alaskan coast was cut short when the police intervened.

Surrounded by memorabilia from Greenpeace’s history, including colorful campaign posters and a ship’s door kicked in by Russian officials in 2013, Morgan said the organization’s core principles remain the same today.

“Greenpeace started as an idea that individuals could change the world with an idea and a bit of hope,” said Morgan, who took the helm of the group in 2016. “I think over 50 years Greenpeace has achieved really miraculous things.”

There has also been tragedy among the triumphs.

Greenpeace members “mark that date every year” and the organization remains wary of governments, with members in Brazil, Indonesia and China in particular facing personal risk, Morgan said.

Greenpeace has vastly expanded since the early days and now has more than 3,500 staff operating in about 55 nations — almost as big as some of the multinational firms it targets — but Morgan said that the group was still “radical,” despite the emergence of younger rivals such as Extinction Rebellion.

Known in the past for its own stunts, Greenpeace is now increasingly embracing other strategies, including climate-based legal action against governments and polluters.

Morgan said Greenpeace was also cooperating more with other environmental groups and with indigenous people — things she said the group should have done more often.

It would also be involved with the COP 26 summit, a “fundamental moment for the planet” that she feared nations might not seize.

“I’m deeply worried, what I see right now is governments that are almost acting as if we’re back in the 1980s” in terms of their levels of urgency on climate change, she said.

For its anniversary, Greenpeace has planned small-scale events in offices around the world.

So what lies ahead for Greenpeace over the next 50 years?

“I guess the goal would be that Greenpeace doesn’t exist anymore,” Morgan said.

Assuming the environmental campaign faces more battles ahead, Morgan said that she hoped Greenpeace could help create a “tipping point where there was a movement into hope.”