In an online survey it conducted late last year among 1,035 high-school teachers, the environmental group found that most students in Taiwan are aware of climate change, but remain largely ambivalent and do not participate in climate action.

Further interviews with teachers revealed that students prioritize schoolwork and interpersonal relationships, but do not have strong feelings about the environment, the group said. 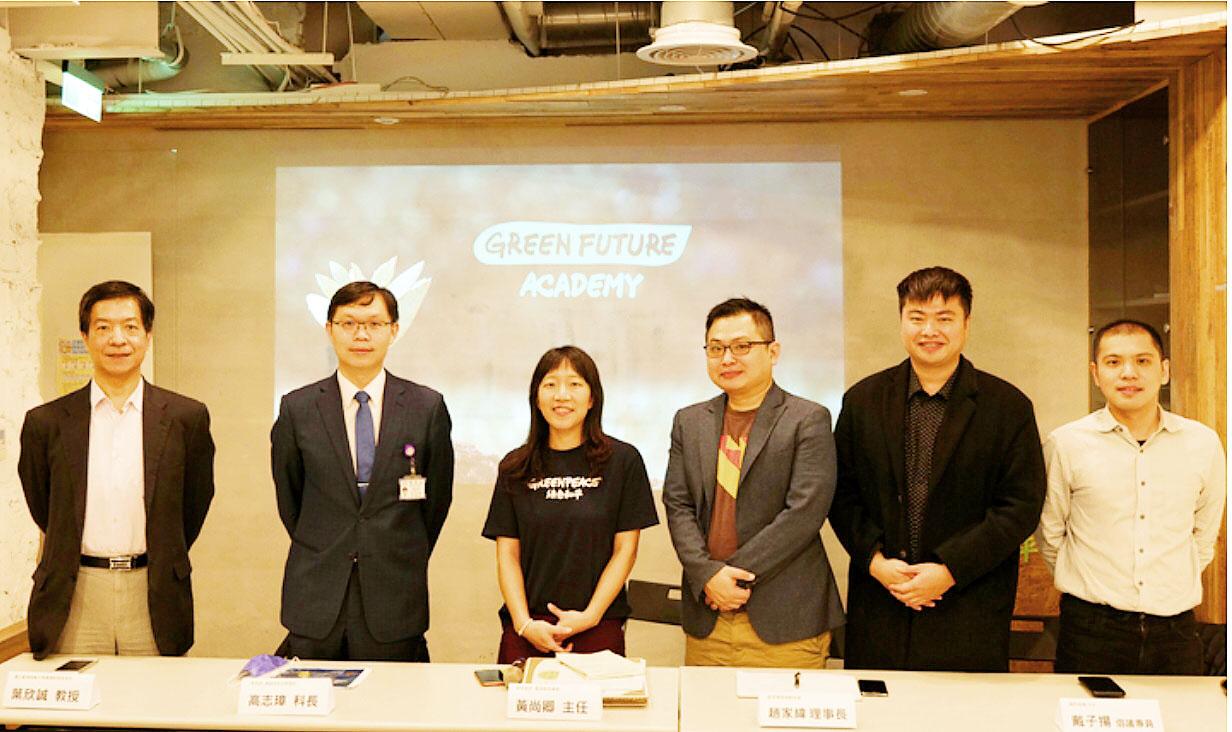 Even if they do care, they often give up on the idea of doing something because of their age, it added.

Surveys show that Taiwanese are among the most aware of the severity and urgency of climate change, but fall behind their East Asian neighbors when it comes to climate policy, Taiwan Environment and Planning Association chairman Chao Chia-wei (趙家緯) said.

Even though teachers are eager to teach about the environment, they have limited time to collect information and prepare lessons, Greenpeace added.

According to its survey, nearly 70 percent of high-school teachers want to provide more complete and useful lessons on climate change, but do not know where to start, it said.

Annie Huang (黃尚卿), project manager for environmental education at Greenpeace Taiwan, said that the project began with trying to solve these issues.

Hopefully, the resource would show students and teachers how to participate in climate action to help Taiwan do away with the pervasive theory that “carbon reduction can wait,” she added.

The platform provides free, complete and accurate material for teachers to use in lesson planning or for reference, Greenpeace said.

Each lesson is marked with a difficulty level from one to three and includes multimedia such as videos, games and quizzes to accommodate student needs and learning styles, it added.

“Green Future Academy is an online learning space that aims to help teachers and students pay more attention to climate change and think about what they can do to contribute positive action,” Huang said.

If the nation is to meet its target of carbon neutrality by 2050, the economy must undergo “revolutionary change,” he said.

The government should start with education, Yeh added.

For example, Italy in 2019 added climate education to the national curriculum with a fixed number of required hours, while New Jersey in the US made a similar change last year, he said.

Hopefully, the government would promote formal education on the issue, but in the meantime, the private sector is leading the charge, he said, adding that he looks forward to when climate education becomes mainstream through government and civic efforts.