‘TEAM TAIWAN’:
Taiwanese athletes have performed admirably and raised the nation’s profile, but many abroad still think they are Chinese, an advocate said

Advocacy groups have called for the national team to compete under the name “Taiwan” at the Tokyo Olympics, while former Olympian Chi Cheng (紀政) has launched another referendum petition on the issue.

Taiwanese athletes have performed outstandingly at the Olympics and have raised the nation’s profile on the world stage, Northern Taiwan Society chairman Lee Chuan-hsin (李川信) said on Friday.

“Many foreign news agencies, including Japan’s NHK, have called our delegation ‘Taiwan’ instead of ‘Chinese Taipei.’ Therefore our own people and politicians should also speak of ‘Team Taiwan’ and Taiwanese athletes,” he said. 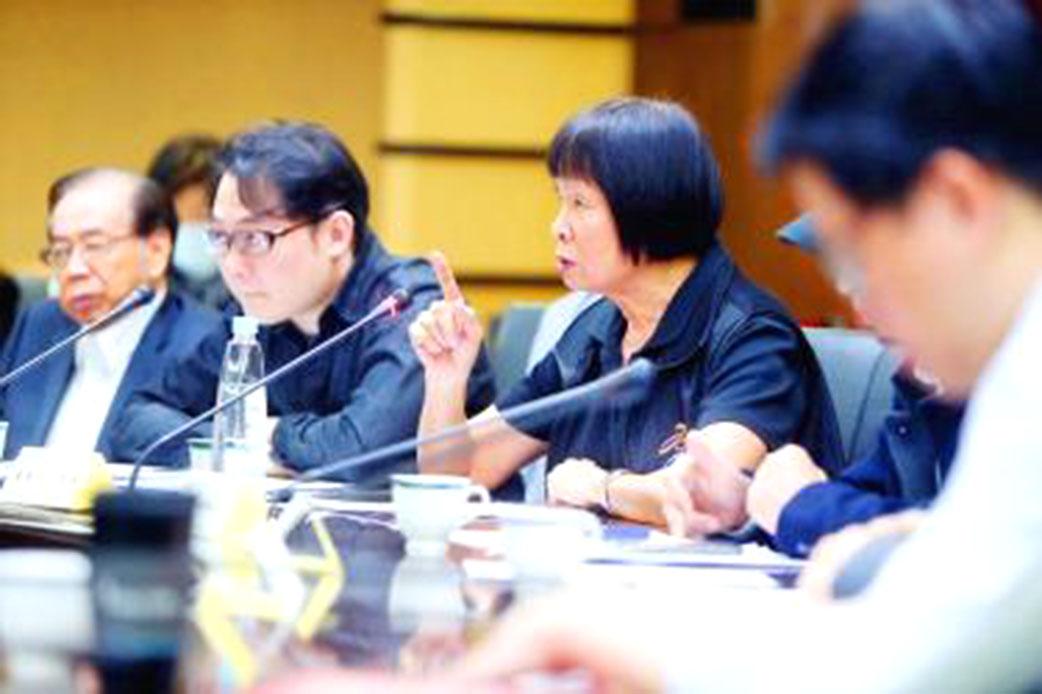 “However, in Taiwan, most of the time the Taiwanese team is still referred to as Team Zhonghua (中華, Chinese). We see the medal-winning athletes returning home and holding media briefings at the airport without any wording, symbols or logos to represent Taiwan,” he added.

The advocates released a joint statement, expressing their gratitude to the international community for supporting the nation’s athletes, but added that “it shows the need to avoid a mix-up, as some have mistaken Taiwanese athletes as coming from China.”

“Therefore we are organizing the ‘Call Us Team Taiwan, Let’s Go Taiwan’ drive, and we urge people to join us,” the statement said.

The drive urges people to produce their own “Call Us Team Taiwan” posters, sign boards and adverts to show the world they feel proud to support Taiwanese athletes.

The groups also called on Taiwanese politicians and public figures to support “Team Taiwan,” and not to refer to it as “Chinese Taipei” anymore.

Meanwhile, Chi has this week announced that she would launch another referendum campaign next year to rectify the national team’s name by changing it to “Team Taiwan,” adding that she aims to have the proposed referendum ready for the 2024 Paris Olympics.

“Taiwanese do not want the athletes representing their nation to be called ‘Chinese Taipei’ when they are competing or walking to the podium to receive an Olympic medal,” said Chi, who competed in three Olympic Games: Rome in 1960, Tokyo in 1964 and Mexico in 1968.

Chi was among the leading advocates of a referendum in 2018 that called for changing the national team’s name to “Team Taiwan” for the Tokyo Olympics.

At the time, the Chinese Taipei Olympic Committee asked people to vote “no,” saying that the nation’s athletes cannot go abroad to compete under the name “Taiwan” and it would ruin their careers.

The 2018 referendum asked: “Do you agree that the nation should apply under the name of ‘Taiwan’ for all international sports events, including the 2020 Tokyo Olympics?”