The Hong Kong government’s review of Radio Television Hong Kong (RTHK) has found deficiencies in editorial management and a lack of transparency in handling complaints, signaling a major overhaul of the revered institution as concerns grow over media freedom.

The only independent, publicly funded media outlet on Chinese soil, RTHK was founded in 1928 and is sometimes compared with the BBC.

Its charter guarantees it editorial independence. 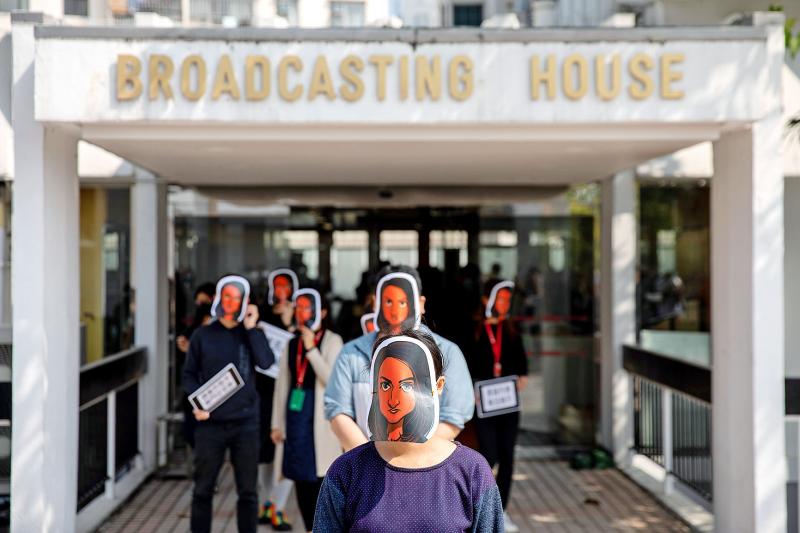 The broadcaster angered the Hong Kong government, the police and Beijing with its coverage of anti-government protests in 2019, including several investigations that sparked widespread criticism of the authorities.

“There are deficiencies in [the] editorial management mechanism,” the Hong Kong Commerce and Economic Development Bureau said in a 154-page report of its review released yesterday.

There were “no well-defined and properly documented editorial processes and decisions,” and no “clear allocation of roles and responsibilities among editorial staff,” it said. “Weak editorial accountability is observed.”

The government-led review focusing on aspects of RTHK’s governance and management was announced last year, spanning the issues of administration, financial control and personnel.

However, the union of the broadcaster’s staff said that the review “challenges the bottom line of logic.”

“Editorial autonomy has vanished into nothing,” it added.

Li, a career bureaucrat who worked in the government’s constitutional and mainland affairs and security bureaus, but has no experience in media, is to replace veteran journalist Leung Ka-wing (梁家榮), six months before his contract expires.

Leung, whose management the review described as too “passive,” was not thanked for his service in the appointment notice, contrary to practice.

Beijing has said that patriots must run every public institution in Hong Kong.

The broadcaster “serves residents of the territory instead of bureaucrats,” its staff union said.

Pro-Beijing supporters regularly file complaints against RTHK and stage protests outside its headquarters, accusing it of anti-government bias.

Last week, RTHK said it was suspending the relay of BBC radio news after China barred the BBC World News service from its networks, highlighting how the territory’s media are falling under Beijing’s tightening sway.