NEW YEAR TRADITION:
Legislator Chen Ying is distributing couplets using a play on words based on a cheer used by indigenous people

A block-printed tiger by Tseng Hsueh-mei (曾雪梅) has won the Hsinchu County artist an excellence award and the piece is to be displayed at the National Taiwan Museum of Fine Arts.

Tseng’s image features a “cute tiger” clinging to the trunk of a plum tree.

She said yesterday that the image symbolizes the hope that the COVID-19 pandemic will pass, allowing Taiwanese industries to thrive once more. 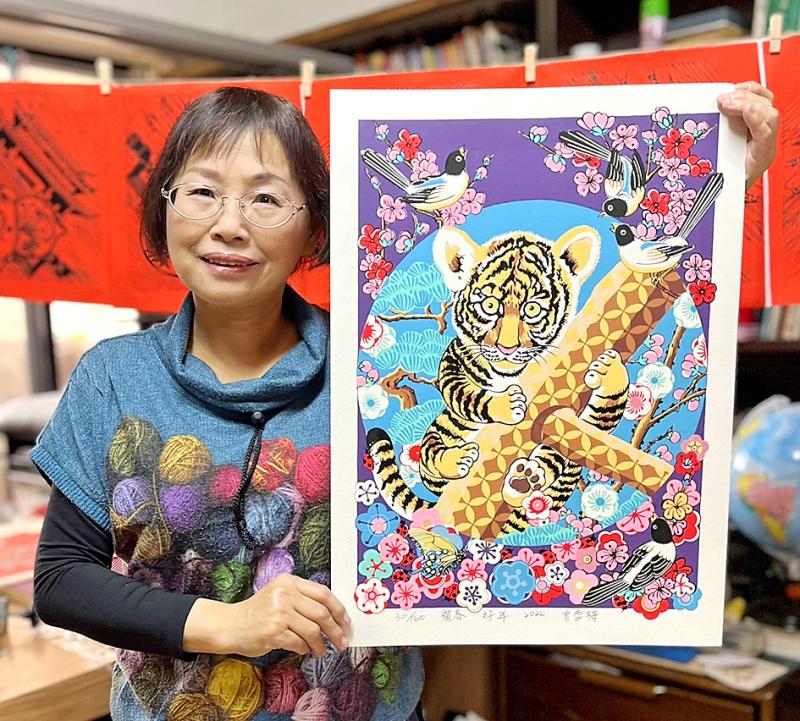 Magpies sitting on the tree’s branches and surrounding the tiger are chirping a happy song to bring to mind the Chinese idiom “xi shang mei shao” (喜上眉梢), meaning to be visibly overjoyed, she said.

The print presents the idiom through images of items that are homophones of characters in the idiom, she said.

The magpies, or xi chueh (喜鵲) in Chinese, represent the character for “joy” (喜), while the plum branches, mei shao (梅梢), allude to the tips of a person’s eyebrows (眉梢), Tseng said. 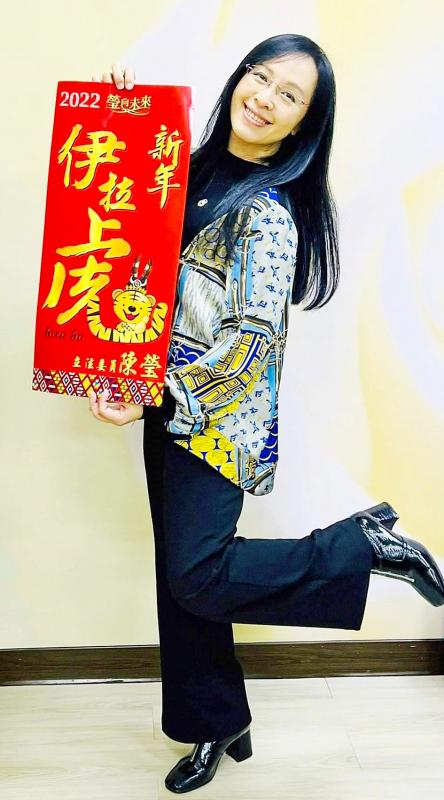 Ladybugs crawling among the plum blossoms on the print represent “liveliness,” and the entire print conveys the joy and goodness of the Lunar New Year, she said.

In line with the practice of putting up New Year couplets over the Lunar New Year, Democratic Progressive Party Legislator Chen Ying (陳瑩) is distributing couplets reading “I la hu” (伊拉虎), a play on words based on a cheer commonly used by indigenous people.

Paiwan and Rukai people often use the cheer “I la woo” during festivals, Chen said.

One person begins with “I la” and the crowd finishes the phrase with “woo,” she said.

The couplet replaces the “woo” with the homophone “hu,” (虎) or tiger, she said.