PEACEFUL, At HOME:
President Tsai Ing-wen, who in 2016 appointed the Tainan rice farmer as presidential adviser, said that she is planning to visit his family

Huang, 92, was best known for his appearance in a documentary film on Taiwan’s rice farmers titled Let It Be (無米樂, meaning “riceless joy” in Chinese). 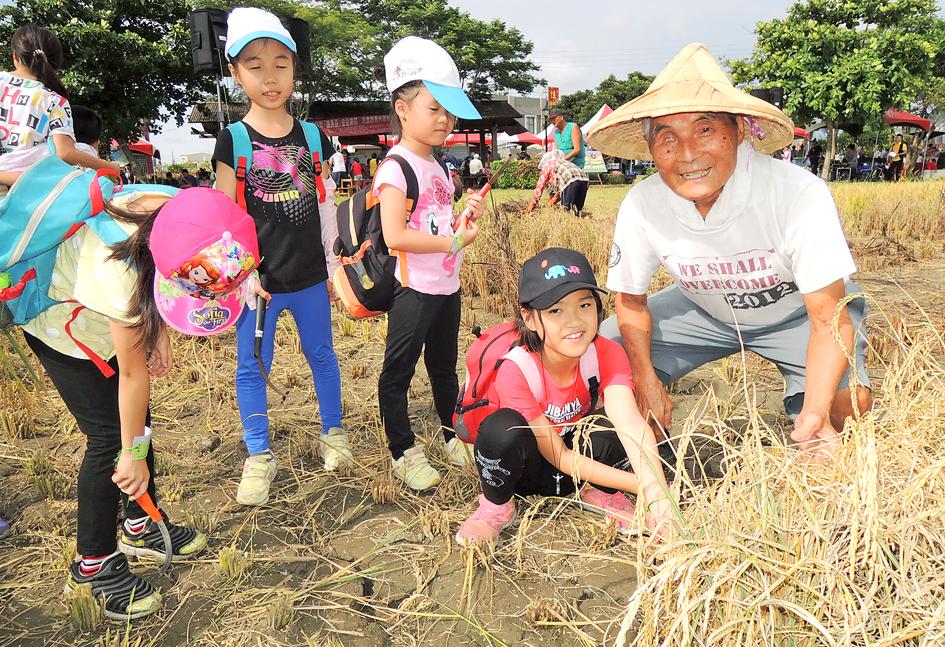 Huang, who had lost his speech and the ability to recognize friends and family members, died peacefully without pain, his family said.

Born in what became Tainan’s Houbi District (後壁), Huang rose to national fame after his role in the 2004 documentary. He won the National Rice Competition two years later and was in 2016 appointed national policy adviser to President Tsai Ing-wen (蔡英文).

“Huang’s life embodied the Taiwanese spirit of cheerfully accepting life’s challenges and rising to the occasion, as well as of fearlessness, humility and resilience,” the statement said.

Tsai expressed her condolences to Huang’s family, saying that she is planning a visit to pay respects to him.

Vice President William Lai (賴清德) on Facebook wrote that he deeply mourned the passing of Huang, adding that he embodied Taiwanese farmers’ respect for the land, humility and wisdom.

Tainan Mayor Huang Wei-che (黃偉哲) in a news release said: “The people of Tainan will forever cherish his warm, sincere smiles in their memory, as well as his ardent love of his home region and country.”