INDIA-CHINA TENSIONS:
The wrangling might hurt local firms like Pegatron, Hon Hai and Wistron, who committed to establishing smartphone plants in India

Geopolitical tensions between India and China are beginning to hurt some of Taiwan’s biggest technology companies, including suppliers to Apple Inc, and hindering New Delhi’s much-vaunted incentive program for electronics manufacturing.

India has been slow to issue visas to Chinese engineers, who are needed to help Taiwanese companies set up factories in the South Asian nation, people with knowledge of the matter said on condition of anonymity.

India is also nudging companies to opt for employment permits, which are more difficult to obtain, they added. 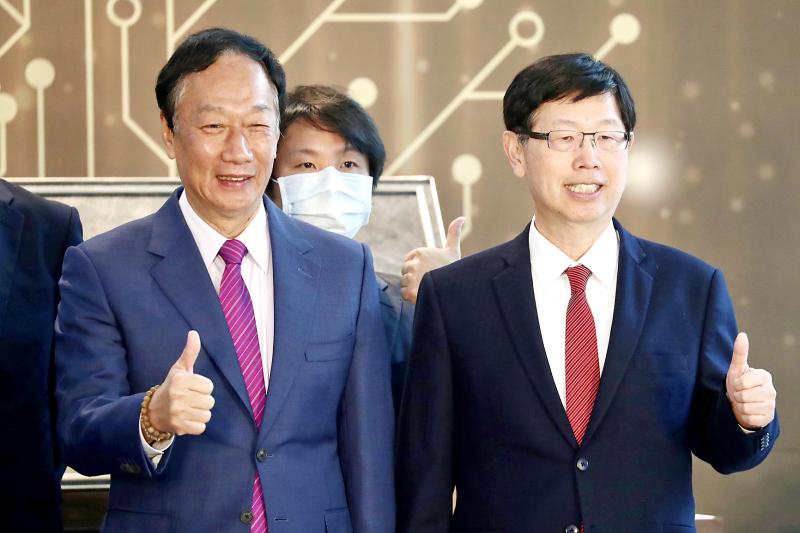 The wrangling might delay Indian Prime Minister Narendra Modi’s plan to bolster India’s manufacturing capacity and deter overseas investors, who invested US$30 billion in the six months to September last year, with the maximum foreign direct investment flowing in the computer hardware and software sector.

The companies are looking to India to diversify their supply chains.

Modi has banned hundreds of Chinese apps and slowed approvals for Chinese investment after a deadly clash along the disputed border between the two neighbors.

Last year, companies such as iPhone assemblers — Hon Hai Precision Industry Co (鴻海精密), known internationally as Foxconn Technology Group (富士康科技集團); Pegatron Corp (和碩); and Wistron Corp (緯創) — along with many others pledged US$1.5 billion to set up mobile phone plants in India after the Modi government offered them specially designed incentives to manufacture their products locally for global export.

The move was also expected to shift supply lines to India from China.

Apart from delays in granting visas, the Indian government has indicated a preference for issuing employment visas instead of business visas for people required to set up the production lines that are being imported by companies, the people said.

Employment visas typically require more paperwork and background checks from the Indian Ministry of Home Affairs, and could therefore be the reason for India’s insistence. Business visas also have a shorter duration.

Companies have balked at the employment permits because it increases costs. It also leads to double taxation for engineers and technicians, as they continue to be employed by their respective companies in China.

Skilled professionals and experts are also needed for training and guidance on machines that are being installed for the first time in the country, along with specialists to monitor the entire process.

The development comes at a time when New Delhi is under pressure to boost growth in Asia’s third-largest economy, which is set for its worst annual contraction since 1952 with millions losing their jobs and being pushed into poverty due to the COVID-19 pandemic.

The incentive program for mobile makers alone envisages the production of 10.5 trillion rupees (US$145.5 billion) of smartphones and exports of 6.5 trillion rupees over the next five years. It is likely to create more than 800,000 jobs.

Chinese Ministry of Foreign Affairs spokeswoman Hua Chunying (華春瑩) yesterday said that she was not aware of visa delays by India for Chinese engineers, and referred questions to the Indian authorities.

Asked whether Indian workers faced delays coming to China, she said that Beijing is “flexibly adjusting” its border entry measures.

“We are willing to uphold an orderly flow of personnel,” she said.