Seventeen out of 20 sunglasses examined by the Consumer Protection Committee in a random inspection failed to meet standards, the committee told a news conference in Taipei yesterday.

The government’s Chinese National Standards (CNS) 15067 stipulate that sunglasses are ranked 0 to 4, with a lower rank meaning more light can pass through the lenses, the committee said.

Committee officer Wang Te-ming (王德明) said that level 0 lenses should have 80 percent or more light filtration, should be almost completely transparent and should be usable at night or in poor light. 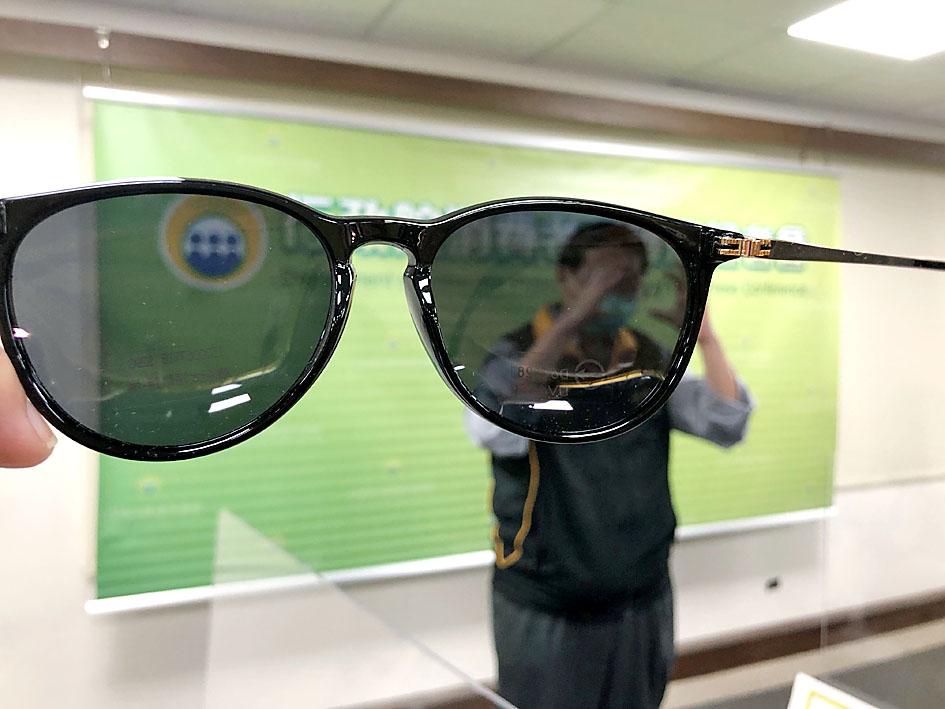 Level 4 lenses allow less than 10 percent of light to pass, making them unsuitable for use when driving, Wang said.

Most people are not aware of the levels or what they mean, and often use lenses with a filtration level of 8 to 75 percent, which are not appropriate for driving, he said.

Some people wear glasses with polarized lenses when driving at night to mitigate the glare of headlights from oncoming vehicles, but the committee’s inspection showed that two such products failed to meet standards, he said.

Many people think that the fine print describing a product is not important and believe that a high-quality product means it is appropriate, Wang said.

However, labeling and warnings on a product are there to help people avoid risks, he said.

People should purchase sunglasses from legitimate sources and make sure that they have clear labeling, he said.

People should understand what level of filtration they need, he said.

If a consumer buys sunglasses and discover that they are poor quality, the Civic Code stipulates that they should be refunded by the store where they made the purchase, he said.