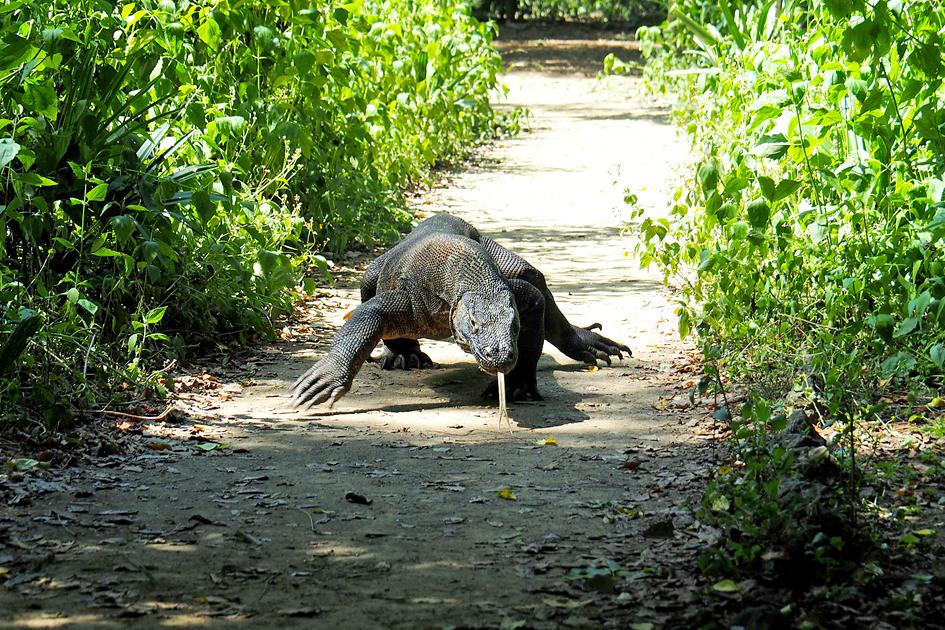 The Indonesian Ministry of Environment and Forestry on Tuesday sought to calm outrage over construction of an island tourism project being dubbed “Jurassic Park,” after an image went viral on social media of a Komodo dragon facing off against a big truck.

The picture of the dragon, one of the world’s largest lizards, blocking the path of a big vehicle on Indonesia’s Rinca Island prompted an outpouring of anger about perceived threats to the natural habitat of the vulnerable species.

Reuters was not able to verify the authenticity of the picture.

Wiratno, a senior ministry official, said that rangers would ensure the safety of dragons roaming near the construction, which would include an elevated deck, a dam and an information center, to be completed in June next year.

“They will intensively make checks of whether the Komodo dragons are under the buildings, remnants of buildings, and under the trucks carrying material,” he said in a statement.

The project, which involves the Indonesian Ministry of Public Works and Housing, seeks to cater to visitors of the Komodo National Park, where the Komodos can be seen in the wild.

Social media users have likened the project to one on a dinosaur island featured in the Jurassic Park films.

The public works ministry in a statement on Monday also assured the safety of the Komodos, but environmentalists said that the construction must stop.

“Komodo needs to be the main priority. They need to be protected in a designated area,” said Umbu Wulang Tanaamahu Paranggi, director of the Indonesian Forum for the Environment (Walhi) in East Nusa Tenggara. “What’s going on now is a destruction of the dragons’ living spaces.”