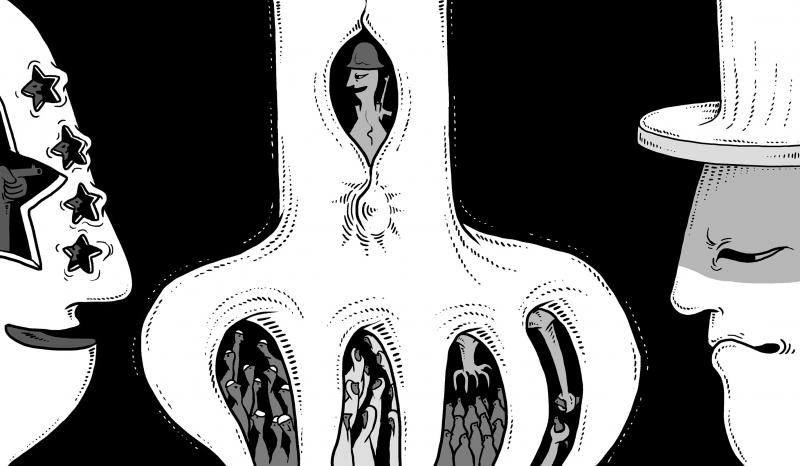 The persecution, ethnic cleansing and attempted genocide of Rohingya Muslims in Myanmar’s Rakhine State is an affront to the rule of law, a well-documented atrocity and, according to a top international lawyer, a moral stain on “our collective conscience and humanity.”

So why are the killings and other horrors continuing while known perpetrators go unpunished?

It is a question with several possible answers:

Maybe poor, isolated Myanmar, formerly Burma, is not important enough a state to warrant sustained international attention. Perhaps, in the Western subconscious, the lives of a largely unseen, unknown, brown-skinned Muslim minority do not matter so much at a time of multiple racial, ethnic and refugee crises.

Or perhaps the absence of sustained outrage stems from an age-old problem: the inability to prevent great powers subjugating, manipulating and exploiting more vulnerable people and countries for selfish ends.

In Myanmar, for more than a century, it was imperial Britain. Now it is imperial China, which cares naught for human rights at home or abroad.

At the heart of the Myanmar conundrum lies the unchecked, repressive power of the Tatmadaw, the armed forces organization that dominates national life despite the notional restoration of democracy in 2011.

Its attacks on the Rohingya in 2016 and 2017, which killed thousands of people and forced about 750,000 to flee to Bangladesh, shocked the world.

“In some cases, they appear to have been attacked indiscriminately, which may constitute further war crimes or even crimes against humanity,” Bachelet said.

Hopes of a judicial reckoning rose when Aung San Suu Kyi, Myanmar’s foremost civilian leader, appeared before the International Court of Justice in The Hague in December last year.

However, Suu Kyi blithely dismissed allegations of genocidal intent and defended the Tatmadaw, saying that Rakhine was “an internal conflict” between the army, Rohingya “militants” and armed separatists.

If individual soldiers were guilty of wrongdoing, they would be punished, she said.

Few if any have been.

Delivering its interim verdict in January, the court ordered Myanmar’s leadership to honor its legal obligation to prevent genocide and “take all measures within its power” to stop the killing or harming of Rohingya.

It ordered the Tatmadaw not to destroy evidence of crimes and submit progress reports to the court.

The court referred its findings to the UN Security Council.

None of this has had any real effect.

According to Bachelet, the killings might be increasing in scale.

Satellite images show that the military has bulldozed the ruins of Kan Kya, a Rohingya village burned to the ground three years ago, and erased its name and those of other destroyed villages from official maps — part of a wider cover-up.

The regime has not reported back to the court, nor has it pursued credible investigations into wrongdoing.

Meanwhile, new eyewitness testimony from two soldiers who participated in the Rakhine campaign has confirmed the worst fears.

Zaw Naing Tun said that his superior officer told him: “Kill all you see, whether children or adults.”

Belatedly responding to the latest upsurge in violence and the desperate plight of still-displaced Rohingya refugees, eight Security Council members, marshaled by Britain, called on Myanmar last week to comply with the court’s demands, implement an immediate ceasefire, allow humanitarian access and include Rohingya voters in November’s national elections. This was progress of sorts, in that the joint statement circumvented a Chinese veto.

However, as pressure group Burma Campaign UK noted, there was a problem:

“The statement won’t make a blind bit of difference. It will be like water off a duck’s back, just one more statement which won’t be followed by action,” it said.

The failure to implement last year’s recommendations of the UN’s independent fact-finding mission is particularly dismaying, but no surprise.

The world’s most powerful countries were asked to take actions contrary to their political and commercial interests, including a comprehensive arms embargo, financial sanctions and asset freezes, a block on lucrative business and investment deals, and referral of Myanmar to the International Criminal Court.

They have largely declined to do so.

When Chinese President Xi Jinping (習近平) visited in January, his aim was clear: to draw his impoverished neighbor ever more closely to Beijing while driving away rival US, Indian and European suitors.

Xi’s trip produced dozens of deals, mostly on infrastructure investment. Top of his list was completion of the China-Myanmar economic corridor, which would give China direct access to a deep-water port on the Bay of Bengal.

This would open up a new, west-facing gateway for Chinese trade by providing an alternative route to the disputed South China Sea and Malacca Strait.

Myanmar’s rulers are not oblivious to the dangers of China’s burly embrace, debt traps and covert attempts to leverage ethnic conflicts, but Beijing’s political support, and its veto-wielding defense of Tatmadaw generals at the UN, ensures their continuing impunity.

Meanwhile, the US and Europe dare not push too hard on human rights for fear of forfeiting profitable business opportunities and losing a pawn in Asia’s new cold war.

And so the killing goes on, the unconscionable stain spreads, and an old lesson is relearned: Great power trumps law and humanity every time.