The National Kaohsiung Center for the Arts is this month to present La Traviata, one of three operas it plans to stage this year, its general and artistic director Chien Wen-pin (簡文彬) said.

The center, also known as Weiwuying, centered the productions around the theme of rediscovery and creating something new from the classics, he said.

Chien, who conducted the Kaohsiung Symphony Orchestra for the 2016 version of Giuseppe Verdi’s La Traviata, said that he is looking forward to restaging the production from March 18 to 21, because Italian-based Taiwanese soprano Keng Li (耿立) would take the lead role of Violetta Valery in two of the four performances, on March 19 and 21. 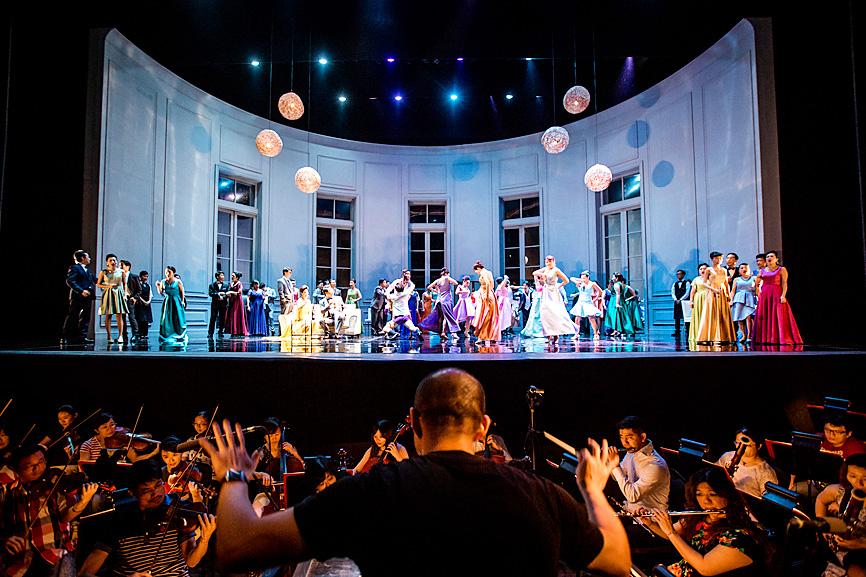 Photo courtesy of National Kaohsiung Center for the Arts via CNA

This would be the first time that Kaohsiung-born Keng, who studied in Italy and won first prize and two other awards at the 2018 International Antonin Dvorak Singing Competition in the Czech Republic, has performed in a full opera in Taiwan, Chien said.

In a predominantly local cast, Taiwanese soprano Huang Li-chin (黃莉錦) would share the role with Keng on the other two dates, Weiwuying said.

Chien said that the other two operas are Maria de Buenos Aires by Astor Piazzolla, which would be presented to mark the late Argentine musician’s 100th birthday, and Norma, which was performed in 2004 by the National Symphony Orchestra, with himself as conductor.

Maria de Buenos Aires would be a coproduction between Weiwuying and its counterparts in Hong Kong and Macau, Chien said, adding that it would be directed by Hong Kong choreographer Helen Lai (黎海寧).

Chien said that he would once again be working with Li Huan-hsiung (黎煥雄), who directed the 2004 production of Norma.

No dates have yet been given as to when the two productions would be presented.