Fables of the Knights Templar are legend, but deep beneath a castle on Cyprus — an island once owned by the crusader brotherhood — lies a legacy historians say still resonates today.

Down steep, narrow and uneven stone stairs in the fort of Limassol is a low-vaulted room lined with tombstones of medieval knights.

This is the chapel where English king Richard the Lionheart is believed to have been married, en route to the Holy Land in 1192. 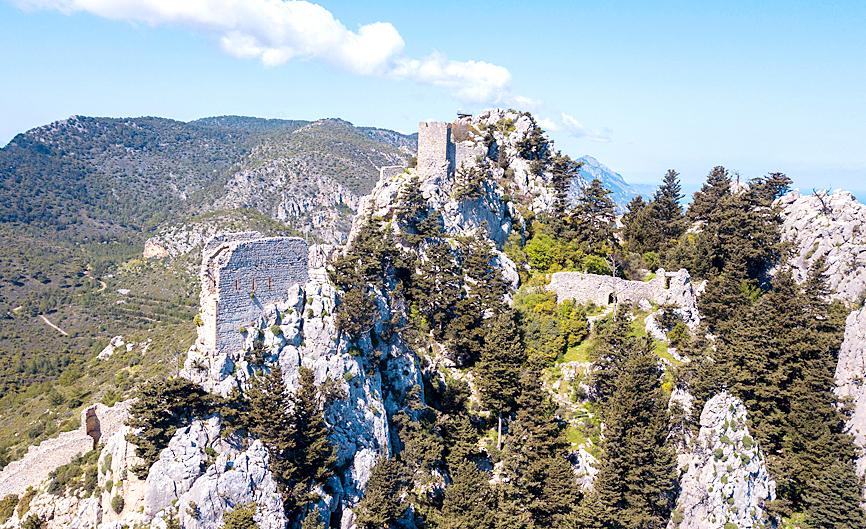 “The architecture and the artifacts here reflect the broad history of Cyprus,” said Elena Stylianou, a Cypriot government archaeologist, brandishing a long crusader-era sword, rusted and chipped, but still sharp. “Cyprus was a place that many outsiders wanted to capture and own.”

Richard, the first of many British visitors to the sunny island, celebrated his wedding night downing sweet red wine — before spending his honeymoon laying waste to the countryside, burning, looting and adding Cyprus to his possessions.

After the defeated Cypriot ruler surrendered — reportedly on condition that he was not bound in iron chains, so Richard used silver shackles instead — the English king swiftly sold Cyprus to the Templars.

The Cyprus Medieval Museum, now housed in the Mediterranean port city’s fort, says that while the main castle walls date from the 16th century Ottoman period, they sit on far older foundations.

The vault is “probably a chapel of the primary fortifications of the Knights Templar” on Cyprus, the museum says.

The Templars, an international army of elite warriors set up to guard European pilgrims traveling to Jerusalem, used the island as their headquarters to fight military campaigns authorized by the pope in the Holy Land, just about 100km to the southeast.

Cypriot medieval historian Nicholas Coureas said that the crusades were a key step in forging the island’s national character.

“The most lasting consequence of the conquest of Richard is that, although Cyprus would change hands several times, it still has a European orientation … and most Cypriots identify more with Europe than say they do with Asia and Africa,” Coureas said.

“Thanks to its geographical position, and its population, Cyprus is on the edge of Europe, but with strong links to the Middle East,” said Coureas, who works with the state-backed Cyprus Research Centre, which focuses on national history and sociology.

He argues that for the most easterly member of the EU, history is not just about dusty schoolbooks, but about how citizens see themselves today — part of Europe, far into the past.

That view matters today. The island has been divided since 1974, when Turkey invaded and occupied the northern third of Cyprus in response to an coup sponsored ny Athens seeking to annex the island to Greece.

A buffer zone patrolled by UN troops runs between the Greek-speaking, Christian-majority south and the breakaway Muslim-majority Turkish Republic of Northern Cyprus, recognized only by Ankara.

British military bases, which remain sovereign territory of the UK, cover about 3 percent of the former colony.

“The crusades are very relevant today, because there are a lot of parallels,” Coureas said. “What also started in the crusade period … was the importance of Cyprus as a base of operations for Western forces operating in the Middle East and North Africa.”

He noted that the 2011 NATO-backed overthrow of then-Libyan leader Muammar Qaddafi was supported from a British airbase near Limassol.