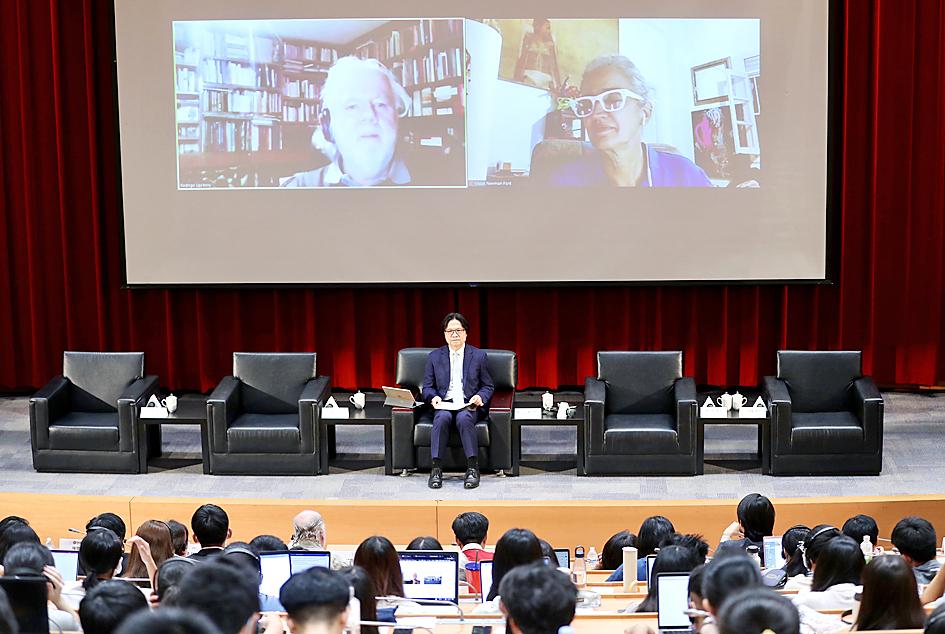 Three legal advocacy organizations that won this year’s Tang Prize for their significant contributions to the rule of law yesterday discussed the challenges they face in tackling economic, environmental and political issues.

At the Tang Prize Masters’ Forum in Rule of Law, representatives from the Bangladesh Environmental Lawyers Association (BELA), Colombia-based Dejusticia and Lebanon-based The Legal Agenda addressed an audience in Taipei through videoconferencing.

Syeda Rizwana Hasan, chief executive of BELA, which promotes environmental justice and the development of sound environmental jurisprudence, said that her organization faces challenges from international financial institutions, large corporations and the government.

These interests greatly impact non-governmental organizations (NGOs), as 430 environmental and human rights defenders in Bangladesh were killed last year while fighting against mining projects or defending the rights of indigenous communities, Hasan said.

“Authoritarian regimes are increasingly branding NGOs as foreign agents, enemies of the state and anti-development elements. They are trying to criminalize our entity and our functioning, they are trying to seize powers so they can assess our performances and delicense us if we go against their developmental narratives,” Hasan said.

Rodrigo Uprimny Yepes is cofounder of Dejusticia, which is focused on rule of law issues such as racial and sex discrimination.

He said that many NGOs must find a way to obtain financial stability without losing their independence.

Samer Ghamroun, a cofounder and board member of The Legal Agenda, which promotes judiciary independence and the defense of vulnerable groups, said that although religious equality is guaranteed in Lebanon, many other individual rights are not.

Yeh Jiunn-rong (葉俊榮), a professor at National Taiwan University and chair of the Tang Prize selection committee for the rule of law, moderated the forum, which was organized by the Tang Prize Foundation and the university’s College of Law.