The Legislative Yuan yesterday passed amendments to the Seafarers Act (船員法) that would require the owner of a vessel to obtain the crew’s written consent before a ship not protected by armed contractors sets sail in waters threatened by piracy or other unlawful forces.

Article 87 of the act stated that the owner of a vessel must obtain the written consent of the crew to operate the ship in a war zone. The amendment expands that requirement to waters threatened by piracy and illegal armed forces.

Democratic Progressive Party (DPP) Legislator Liu Chao-hao (劉櫂豪), who proposed the amendment, said that piracy and maritime terrorism are increasingly common, even as wars at sea are on the decline. 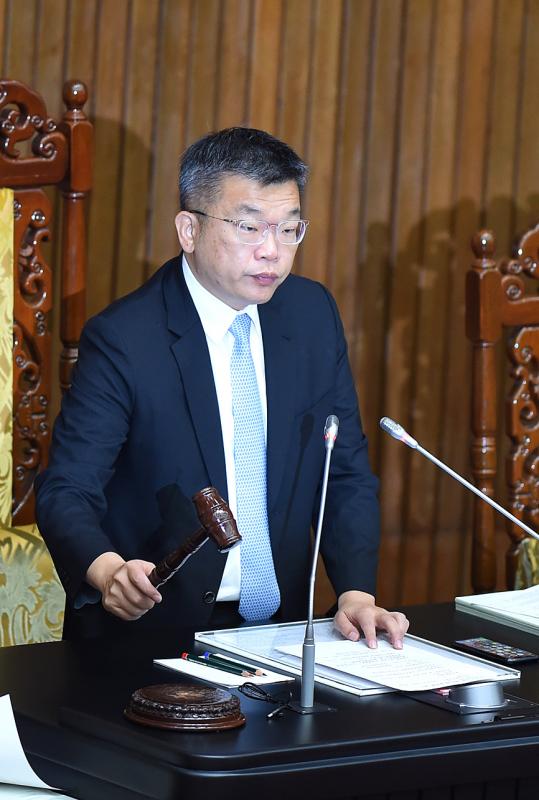 Multiple attacks on shipping by armed African groups have been reported, including some vessels owned by Taiwanese companies, causing distress to crew members and their families, the bill’s statement of purpose says.

Additionally, insurance companies are demanding higher premiums, and there are additional costs for security measures, extra fuel and contributions to ransom payments, which would all be transferred to Taiwanese consumers, it says.

The Seafarers Act should therefore treat piracy as equivalent to war, especially after 2013 amendments to the Shipping Act (航業法) and the Fisheries Act (漁業法) that mandated owners to adopt anti-piracy security measures, it added.

The amendments make the owners of vessels liable for deaths, injuries or harm suffered by the crew due to warfare or piracy.

Meanwhile, legislators yesterday also passed amendments to the Act for Settlement of Labor-Management Disputes (勞資爭議處理法) whereby the Board for Decision on Unfair Labor Practices would have to include one to three standing members, while increasing the transparency of its rulings.

Following cross-caucus negotiations, the bills were merged and passed, resulting in amendments to Article 43 and Article 47 of the act.

Article 43 has been amended so that the board must consist of one to three standing members among its total membership of seven to 15 experts in labor law.

The standing members would increase the board’s efficiency and professionalism, as well as protecting workers’ right to organize and join a union, and to bargain collectively, the bill says.

Article 47 has been amended to allow the board to publish its rulings on the Internet or another appropriate platform without any unnecessary censorship.

Transparency should be the guiding principle in publishing the board’s rulings so that the public can understand the legal guidelines underlying employment practices, the bill says, adding that the verdicts should not be censored except for personal information.

Plaintiffs’ and defendants’ wishes should be given less weight than the public interest when disseminating information about the Labor Union Act (工會法) and the Collective Agreement Act (團體協約法), the bill says.