‘DISCIPLINE’:
The Taiwanese runner finished six days after the winner, but claimed the 25th-best time in the 25-year history of the race at a New York high school

Holding the national flag and wearing sandals, Lo was cheered by the crowd as he passed the finish line of the 25th Annual Sri Chinmoy Self-Transcendence 3100 Mile Race, clocking 48 days, 11 hours, 52 minutes and 1 second.

“Wei-ming has been a real ambassador for the sport of super-long distance running, as well as for his Taiwan heritage and community,” the organizers said in their 48th daily online update for the event, which started on Sept. 5. 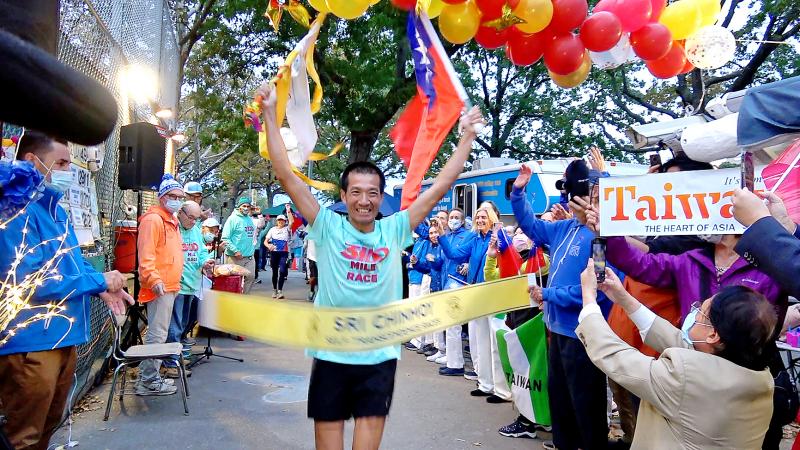 Lo finished behind Italy’s Andrea Marcato — who completed the race in 42 days, 17 hours, 38 minutes and 38 seconds, in his second win in a row at the event.

Lo thanked his supporters and said that the key for finishing the race was the motto of “gratitude, peace, purity and discipline,” which he had learned from the event’s initiator, Indian spiritual leader Sri Chinmoy. 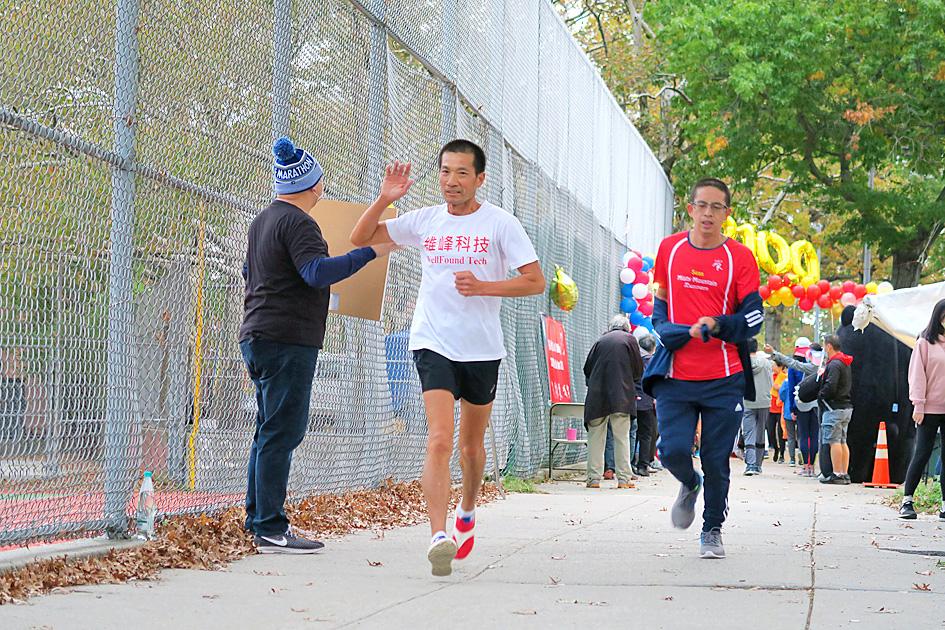 Lo said the biggest challenge for him was to face the unknown, but he had learned to maintain a peaceful state of mind.

Participants in what the organizers said is the longest road race in the world had to run laps for at least 95.9km every day at a high school in Queens

Runners could start every day at 6am and run until midnight, while taking breaks as needed was permitted, the organizers said.

Lo said that experienced ultramarathon runners can log 100km per day without problem, but doing so for 52 consecutive days is not easy.

It is important to stay disciplined and neither run too much nor too little every day, he said.

“I kept a high degree of discipline to manage my performance. I told myself when encountering extreme pain that ‘this was my choice and enjoy it,’” he said.