A jubilant Luna Rossa is to race holders Team New Zealand for the America’s Cup after completing an overwhelming 7-1 victory over Ineos Team UK in the challenger series final in Auckland yesterday. 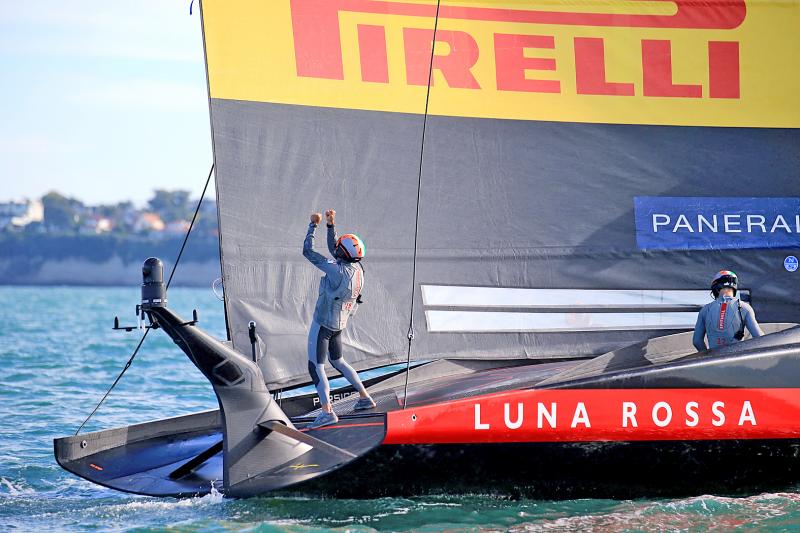 Luna Rossa began the day with a 5-1 lead and — with the Team New Zealand crew keeping a close watch on proceedings — they comprehensively won races seven and eight to take an unbeatable lead in the best of 13 series.

They won race seven by 1 minute, 45 seconds and wrapped up the challengers’ elimination series with a 56-second margin in race eight to crush the hopes of Ineos Team UK skipper, British sailing legend Ben Ainslie.

For most of the series, the key difference was the ability of Luna Rossa cohelmsman Jimmy Spithill to outmaneuver Ainslie at the start, and inevitably the first across the start line was the first to finish.

Ainslie won the start in race six and steered Ineos to its sole victory. He also won the start of race eight, his last-ditch attempt to stay in the contest, but Luna Rossa produced superior speed to take the lead halfway down the first leg in the only overtaking maneuver in the challenger final.

“Sorry guys,” Ainslie could be heard saying to his crew at the end of race eight before later congratulating Luna Rossa.

“I know it’s a big deal in Italy getting into the America’s Cup final,” he said. “We’re obviously disappointed we didn’t get through and we have to go away, go back to the drawing board and see what we can do.”

The first race in the best-of-13 America’s Cup between Team New Zealand and Luna Rossa is on Saturday next week.