Daniil Medvedev yesterday tamed Nick Kyrgios to surge into the Australian Open third round and avoid joining Garbine Muguruza and Emma Raducanu on the list of high-profile casualties.

Also out on a day of shocks was former world No. 1 Andy Murray, losing to Japanese qualifier Taro Daniel in straight sets, as the Grand Slam roared into life on day four.

Second seed Medvedev is the highest seed left in the men’s draw and the favorite after the deportation of reigning champion Novak Djokovic on the eve of the tournament. 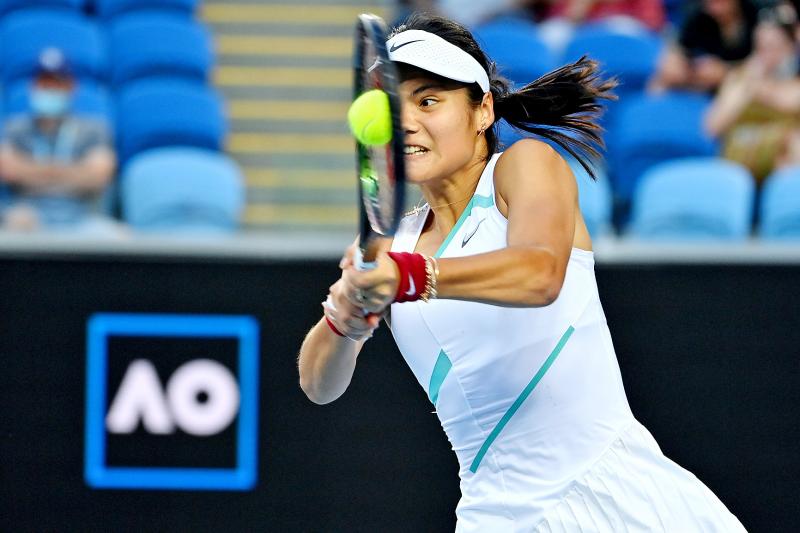 The 25-year-old Russian faced a stern test of his title credentials — and temperament — in the face of an unpredictable, but talented Kyrgios, who revved up the home crowd in their prime-time evening showdown.

The 26-year-old Australian beat Medvedev, the reigning US Open champion and last year’s losing finalist in Melbourne, in their only two previous clashes.

It was a madhouse inside Rod Laver Arena with showman Kyrgios dealing out all his assortment of unplayable serves and tweeners before a partisan home crowd, while embroiled in a running battle with the chair umpire. 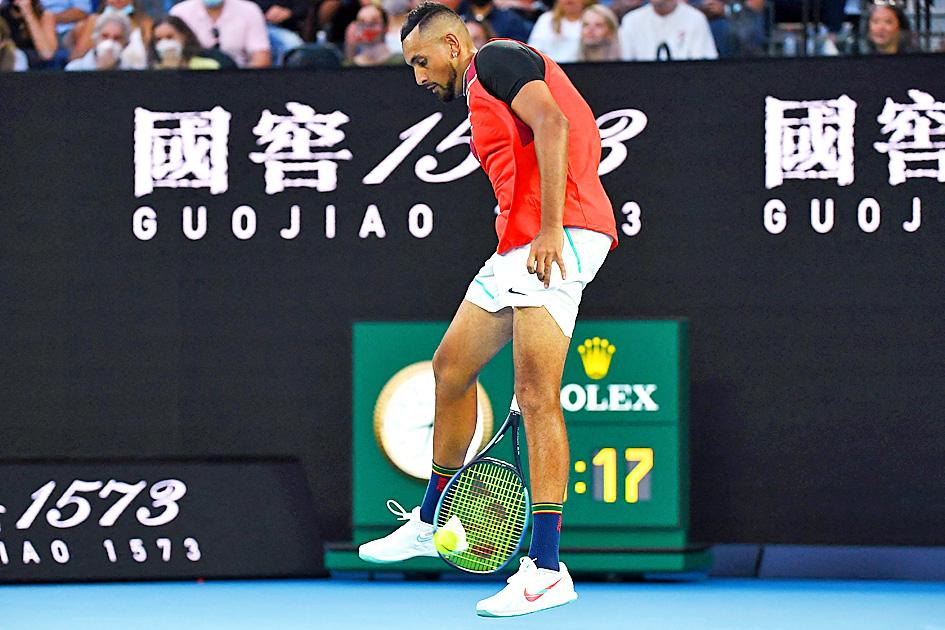 Medvedev was not happy with some of the antics of the crowd.

“It’s not your choice when you get booed between first and second serves,” he said. “It’s not easy. I just had to stay calm.”

“I’m glad I overcame that obstacle today. Lots of fighting, a little bit of swearing, but I’m glad to be in the third round,” said Tsitsipas, who is next up against the talented, but moody, Frenchman Benoit Paire.

There was to be no fairy-tale run for Britain’s three-time major champion Murray, going down 6-4, 6-4, 6-4 to 120th-ranked Daniel, who moves into the third round of a Slam for the first time.

The 34-year-old Murray, who had career-saving hip surgery in 2019 and thought that he might never return to the Australian Open, appeared weary after emerging from a five-set epic in the first round.

Safely through round two was fifth seed Andrey Rublev, who is to play Marin Cilic, the 27th seed from Croatia who lost the 2018 Australian Open final to Roger Federer.

Australian wildcard Chris O’Connell pulled off an upset with a straight-sets win over 13th seed Diego Schwartzman of Argentina.

There were more shocks in the women’s draw, with third seed Muguruza, US Open champion Raducanu and sixth seed Anett Kontaveit all suffering upsets.

The 19-year-old Raducanu, the 17th seed, but making her debut in Melbourne, struggled with blisters on her serving hand as Montenegro’s Danka Kovinic defeated the Briton 6-4, 4-6, 6-3.

Kontaveit, seen by many as a serious title contender after a breakout season last year, committed 27 unforced errors as she was stunned 6-2, 6-4 by fast-rising Danish teenager Clara Tauson.

“I am a bit of a dinosaur on the tour,” said Cornet, who turns 32 tomorrow.

Second-seed Aryna Sabalenka lived to fight another day, just, after coming from a set down for the second successive match to beat China’s world No. 100 Wang Xinyu.

The Belarusian has struggled with her serve since arriving in Australia and totted up 19 double faults — six in the opening game alone — before managing to drag herself through 1-6, 6-4, 6-2.