The first of the migrants arrived at 5am, Lampedusa Mayor Salvatore Martello told Sky TG24 TV at 5pm.

It was the biggest number of migrants to come ashore this year in a single day at an Italian port. 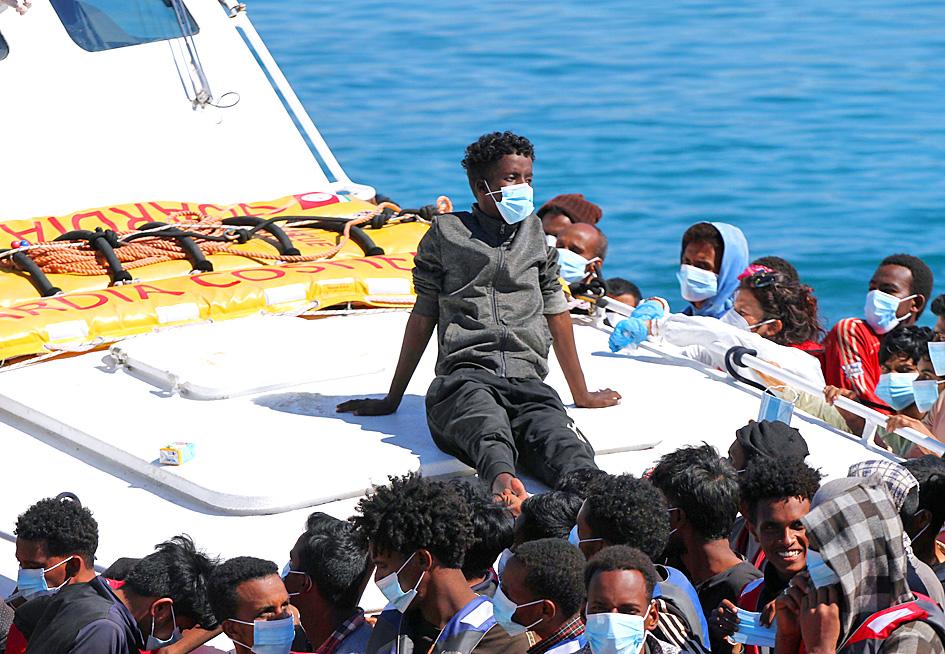 “I’ve said all you need is a day of good weather to see [all] these boats,” Martello said.

He appealed to Italian Prime Minister Mario Draghi to put migration on the agenda even as the government is heavily focused on guiding Italy’s economic and social recovery from the COVID-19 pandemic.

By late afternoon, at least nine boats full of migrants disembarked on the island, which has an initial processing center for migrants coming ashore and requesting asylum.

Italian news reports said that Italian coast guard and customs police boats escorted the vessels to Lampedusa after they were spotted in the Mediterranean a few kilometers offshore.

The island, which lives off tourism and fishing, is closer to northern Africa than to the Italian mainland.

A newspaper in Sicily, Il Giornale di Sicilia, said that they arrived in wooden or metal boats. Many of the migrants were reported to be from Bangladesh and Tunisia.

Most of those reaching Lampedusa were men, but there were some women and children, including a newborn, the newspaper said.

In recent years there have been surges in the number of migrant arrivals, either being rescued at sea, escorted by military vessels or sailing unassisted directly to Italian shores when seas are calm.

“A meeting with Draghi is needed, with millions of Italians in difficulty we can’t think about thousands of clandestine” migrants, Salvini wrote on Twitter.

Salvini said that about 12,000 migrants had arrived so far this year.

The previous few Italian governments have urged, largely in vain, fellow EU nations take in more of the migrants that come ashore in Italy. Many of the migrants, including those rescued at sea by charity boats, cargo ships or military vessels in the waters north of Libya, are economic migrants unlikely to be granted asylum.

Because Italy has so few repatriation agreements with nations whose citizens seek asylum, many of the migrants end up staying in Europe, some of them heading north from Italy to other nations.