A goalkeeper from the Myanmar national team who raised an anti-coup salute during a match outside Tokyo has refused to fly home and is to seek asylum in Japan, his lawyer told reporters yesterday.

Myanmar has been in turmoil since a coup in February ousted Aung San Suu Kyi’s elected government, sparking huge protests and clashes between the military and ethnic rebel armies in border regions. 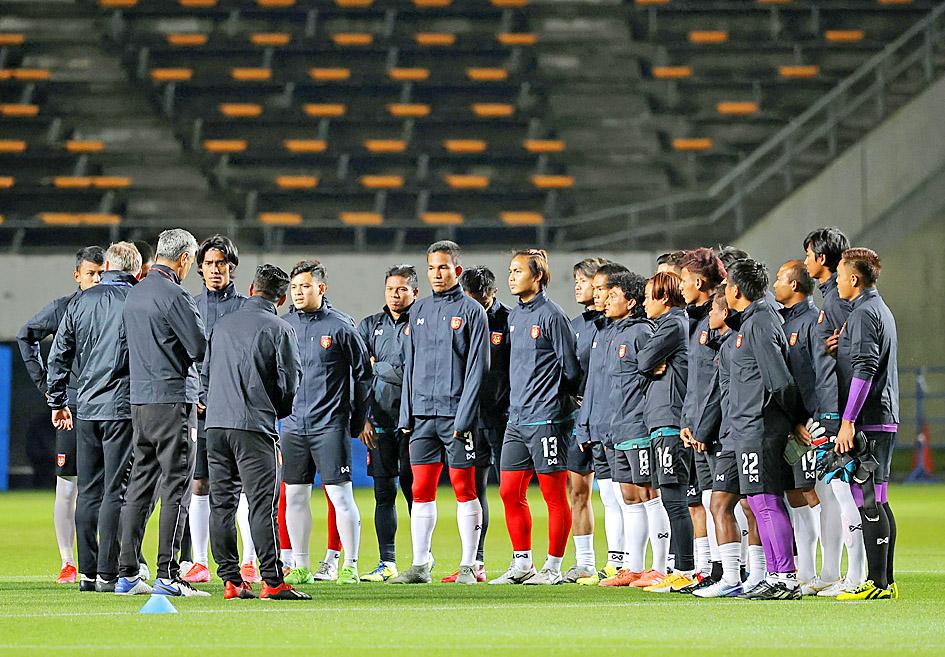 On Wednesday, he told a Japanese immigration officer at Kansai International Airport in Osaka that he would not board a plane back to Myanmar, his lawyer, Shogo Watanabe, told reporters, confirming earlier local reports.

“After confirming his wishes, we will proceed with procedures to seek refugee status either in Osaka or in Tokyo,” Watanabe said.

“It’s obvious [that he is a political refugee] after he made the three-finger salute… I hope his refugee status will be recognized as soon as possible,” Watanabe said, adding that the process could take months.

“If I return to Myanmar, my life would be in danger. I decided to stay in Japan,” he said. “The Japanese government and people must know Myanmar’s situation. I call for your cooperation.”

The three-finger salute has frequently been used as a show of resistance by protesters during demonstrations that have been brutally repressed, with more than 800 people killed and thousands wounded, rights groups have said.

Pyae Lyan Aung, whose teammates are believed to have returned home on Wednesday, said he would not go back until Aung San Suu Kyi returns to power.

He said that he had worries about the consequences of his decision, adding: “If any danger happens to my teammates or family members, I would return to Myanmar to be arrested.”

The Immigration Services Agency of Japan could not immediately be reached for comment.

Japan accepts just a handful of asylum applications each year, but in May the Japanese Ministry of Justice said that residents of Myanmar already in the country would be able to extend their stays as an emergency measure, given the coup and resulting violence.