Single mother Lihle Magudulela spat out a mouthful of dirt as she sucked on a stone dug up from a hillside in South Africa’s KwaZulu-Natal Province, convinced that she might have found a diamond.

Thousands have flocked to the outskirts of KwaHlathi village, more than 300km southeast of Johannesburg, after a cattle herder last week unearthed a handful of unidentified crystal-like stones.

News of the finding spread fast, triggering a rush to the site, despite messages of caution by the government warning that the stones could be worthless. 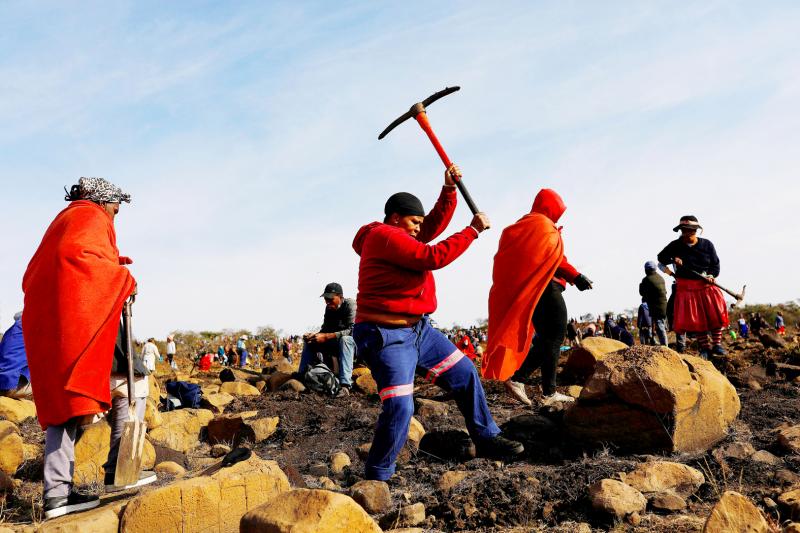 At dawn, men and women upturned clumps of soil with shovels and picks, and frantically rummaged through the earth with their bare hands.

Many found more of the mysterious stones and set them aside in small dirt-encrusted piles.

“They are real,” said Magudulela, who is in her 40s and struggling to feed her three children. 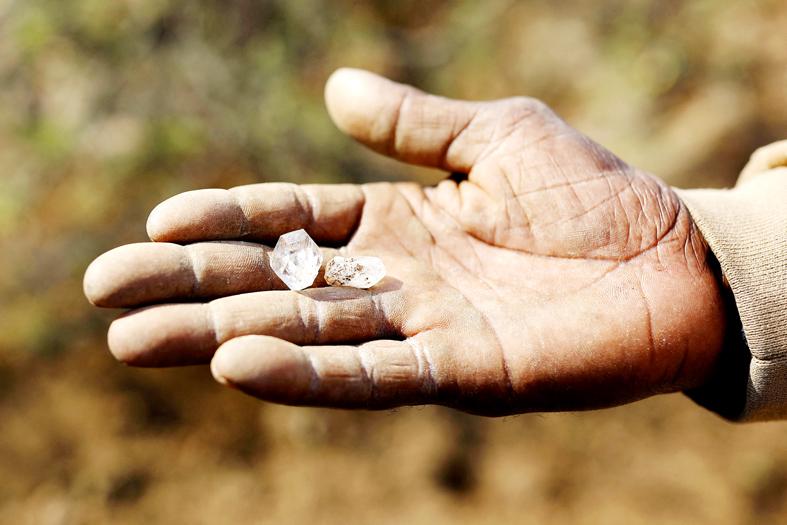 “I’m going to buy a car, a house, and send my kids to private school,” she said.

The prospect of finding a diamond sent glimmering ripples of hope to one of the poorest regions of South Africa as the COVID-19 pandemic worsened decades of extremely high unemployment.

The country, internationally renowned for its mineral wealth, still holds a record for the world’s largest rough diamond discovery — the Cullinan — found in 1905 in the small mining town of the same name.

South Africa is also the birthplace of the Kimberley Process, an international certification scheme to keep conflict diamonds off the market.

“We are poor. We are unemployed. But this could change everything,” said Precious, 38, who did not wish to give her full name.

She had spent the night digging, with her teenage son and baby daughter.

The boy clutched a transparent crystal the size of a ping pong ball.

“They are not tired,” Precious said. “We are looking for money.”

Rumor has it that the Cullinan, which weighed more than 3,000 carats uncut, was lying only a few meters below ground and dug up with a pocketknife.

Johannesburg resident Thulani Manyathi, 36, traveled to KwaHlathi from the impoverished township of Alexandra with his four young daughters.

“No school today,” he said. “We are digging for diamonds.”

There is talk of “foreigners” buying the stones in the nearby town of Ladysmith, but experts have said it is highly unlikely that the stones would turn out to be valuable.

“These are not diamonds. People here are just wasting their time,” said 18-year-old Bhekumuzi Luvuno, skeptically inspecting one of the stones that he unearthed.

Authorities over the weekend asked diggers to leave the area, citing COVID-19 restrictions, but to no avail.

The government on Tuesday sent a team of geological and mining experts to the area, now pockmarked with holes, to collect stones for analysis.

Police patrols are monitoring the area to keep crowds in check.