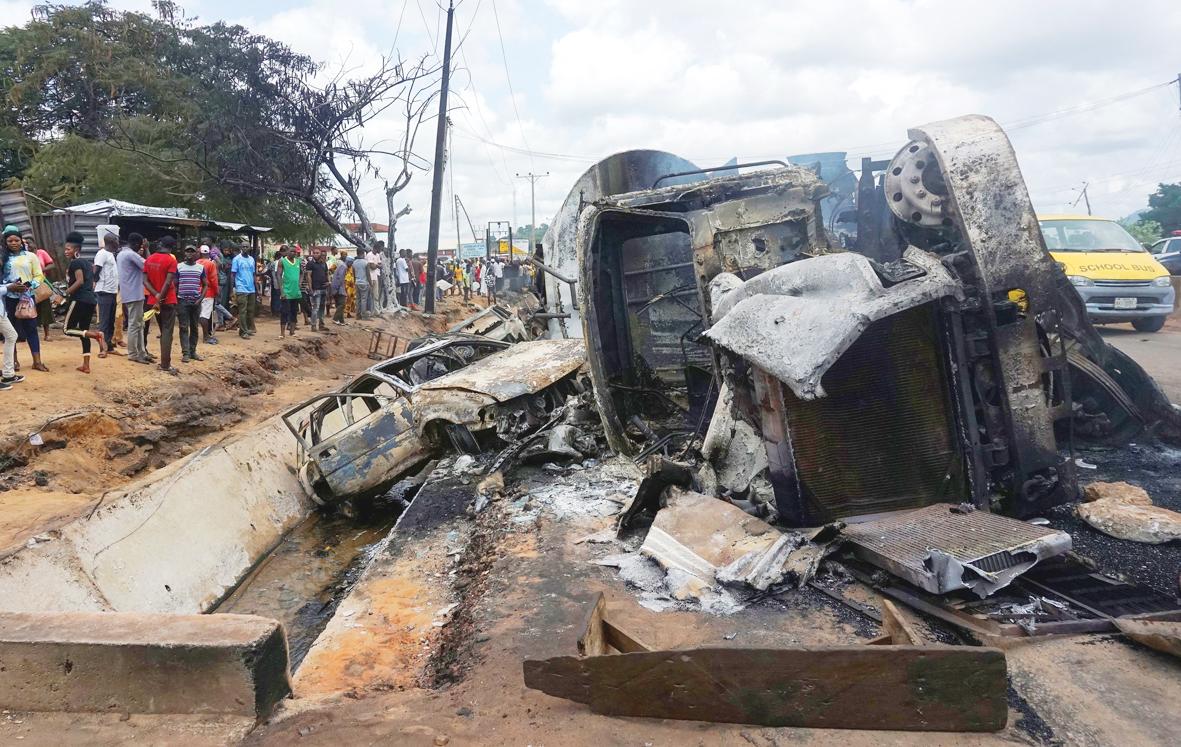 Nigerian President Muhammadu Buhari said that 23 people, including students, were killed when a truck carrying gasoline overturned and caught fire on Wednesday on a busy road in the center of the country.

The president’s tally more than doubled an earlier toll of nine dead reached by a journalist who visited the mortuary in Lokoja, the capital of Kogi State, where the accident occurred.

“The death of 23 people as confirmed by the [Nigerian] Federal Road Safety Commission, represents another disturbing and saddening incident in the litany of tragedies that have befallen our country,” Buhari said in a statement. “I am seriously worried about the frequency of these unfortunate and large-scale tragedies in the country, which cause needless deaths.”

Fuel trucks frequently have accidents on the country’s ill-maintained roads.

The Nigerian president urged road users to comply with safety measures so that such tragedies can be prevented.

Earlier, the journalist said that he counted nine bodies at the mortuary, while several people had suffered severe burns.

He said that many vehicles, including a bus carrying students from the state polytechnic, were burned in the inferno.

“The driver was coming from Okene and heading toward the northern part of the country when the truck’s brakes failed on the Lokoja-Abuja highway,” he said.

The truck then skidded off the road and caught fire, he added.

“It is very sad to learn of the tragic loss of lives, many vehicles, property and other valuables in the petrol tanker fire,” Bello said in a statement.

He also offered his sympathies to the students at the polytechnic “over the death of some of their colleagues.”