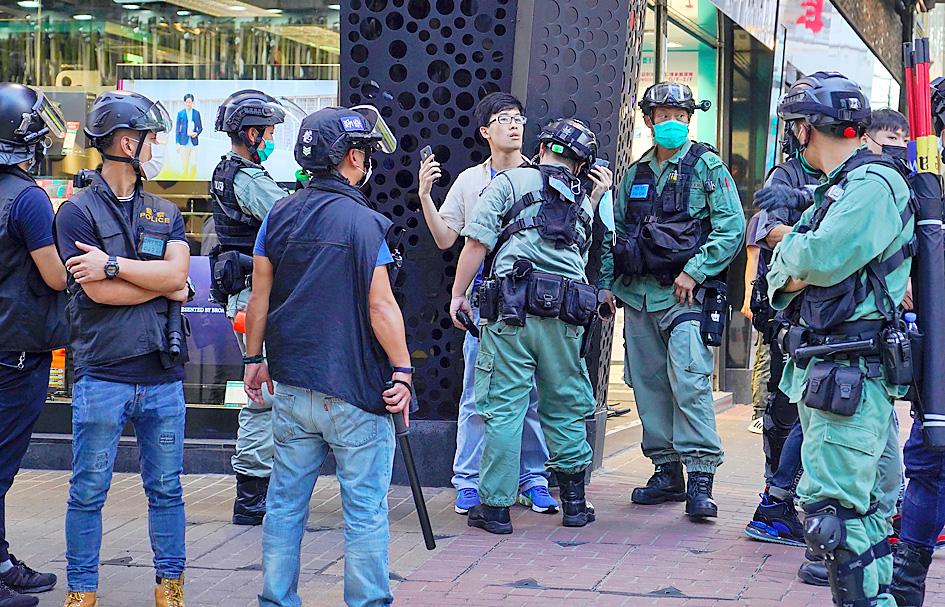 At a three-day meeting that started yesterday, the Standing Committee discussed the legislation to punish acts of secession, subversion, terrorism and collusion with foreign forces, Radio Television Hong Kong (RTHK) reported earlier, citing Ip Kwok-him (葉國謙), a member of Hong Kong’s Executive Council and one of its non-voting delegates on the committee.

The proposed legislation includes a life sentence for acts of secession and subversion, according to the Now TV report, which cited unidentified people.

The penalty would be far more severe than what Tam Yiu-chung (譚耀宗), the territory’s only voting delegate in the committee, has suggested.

Prison sentences for the four types of crimes would range from three to 10 years and would be largely in line with Hong Kong’s criminal laws, RTHK said last week, citing Tam.

Albert Ho (何俊仁), former chairman of the territory’s Democratic Party, said the proposed sentence did not surprise him.

“It is a shame that the so-called Hong Kong delegates just let the legislation go through like this,” Ho said. “It is also a shame for China — how can it face the world?”

If the proposed law passes during this Standing Committee session, it could come into effect in time for Wednesday’s anniversary of the territory’s return to Chinese rule in 1997.

Under the legislation, the central government would retain its authority in the territory in three specific circumstances, Now TV said, without providing details.

About 56 percent of residents oppose the legislation, compared with 34 percent who support it, a Reuters/Hong Kong Public Opinion Research Institute poll released on Friday showed.

In related news, hundreds of Hong Kongers yesterday marched silently through the streets in protest against the proposed national security legislation.

Riot police armed with shields were present as the crowd moved from Jordan to Mong Kok in the Kowloon district, as part of a “silent protest” in which they marched with the usual chanting or slogan shouting largely absent.

Scuffles broke out in Mong Kok, prompting police to use pepper spray to subdue parts of the crowd, an eyewitness told Reuters.

“I am here to oppose the national security laws,” said Esther, 25, who was on the streets. “It’s not the last battle, there is a long-term resistance [to the laws].”