Customs officials have seized a shipment of cayenne pepper powder from China after it was found to contain a prohibited coloring agent, the Food and Drug Administration (FDA) said yesterday.

The cayenne powder, shipped by Long Hai Tong Ji Foods Co, was seized because it was found to contain 7 parts per million of a dye called Sudan III, the agency said.

The use of the chemical substance is banned in Taiwan, FDA division head Chen Ching-yu (陳慶裕) said. 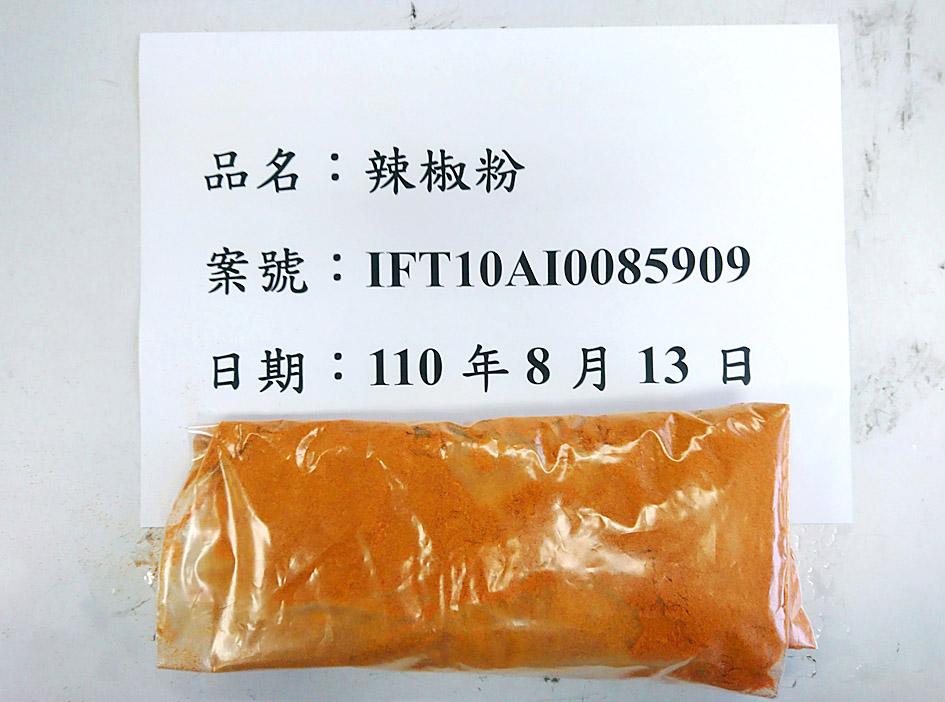 It was not the first time that the illegal coloring agent was found in imported items from China, Chen said, adding that the agency would bolster inspections of such imported products.

When consumed, the series of Sudan dyes — I to IV — can break down into amines that have been proven to be carcinogenic in animals, although such an effect has not been established in humans, Yen said, citing the International Agency for Research on Cancer.

The seized shipment would either be returned to its country of origin or destroyed, said the FDA, which also published a list of 25 imported items that had failed safety inspections.