Rishabh Pant yesterday launched a spectacular late assault in his flamboyant 101 to put India in charge of the fourth and final Test against England in Ahmedabad.

Ben Stokes led England’s lion-hearted bowling effort in the first two sessions, but Pant’s century-plus partnership with Washington Sundar tilted the game in favor of the hosts, who finished the second on 294-7. 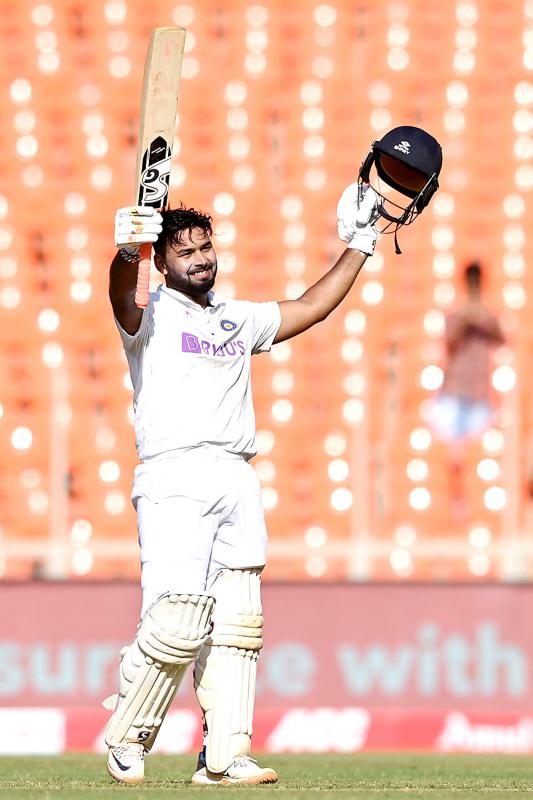 “We were on the back foot after losing those wickets, but the partnership between Pant and Washington was very important,” India opener Rohit Sharma said. “It got us to where we wanted, put us in the driver’s seat. Right now we have 90-odd lead, which is fantastic. I just hope Axar and Washington can carry the same intent tomorrow as well and put us in a good position.”

Having posted a below-par 205, England could not afford to let India get off to a flying start and their bowlers responded brilliantly after the hosts resumed the day on 24-1.

James Anderson bowled a tight line, while Stokes, who battled an upset stomach on Thursday and still top-scored with 55, was relentlessly hostile.

Stokes bent his back to generate awkward bounce and one such delivery fetched him the prize wicket of Virat Kohli.

The India captain could merely nick the rising delivery behind to be dismissed for an eight-ball duck.

Rohit, who made 49, was smacked on his helmet by another such delivery from Stokes.

The all-rounder returned after the lunch break to deny Rohit his half-century and Leach sent back Ravichandran Ashwin to peg back India.

The left-hander reverse-swept Anderson to race into the 90s and slog-swept Joe Root for a six to bring up his third Test century.

The England duo combined to end his swashbuckling innings as he swatted an Anderson delivery to Root at short-midwicket.

Pant’s 118-ball blitz was studded with 13 fours and two sixes.

“They exhausted everything they had out there,” England spin-bowling coach Jeetan Patel said. “We were in a position to get ahead of the game, but it didn’t pan out that way. If India have to chase anything above 100 on a wearing wicket, that could be interesting.”