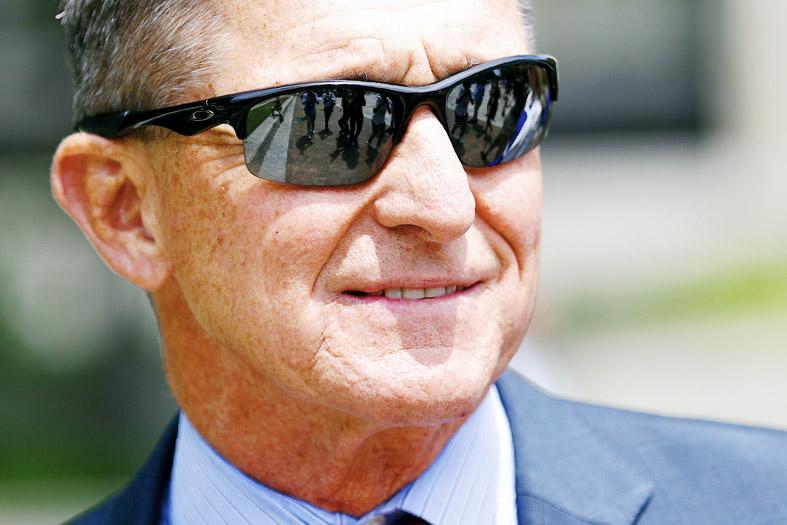 US President Donald Trump on Wednesday pardoned retired US Army lieutenant general Michael Flynn, his former national security adviser, ending a prosecution in which Flynn twice pleaded guilty to lying to the FBI and then reverse himself before the US Department of Justice dismissed his case.

“It is my Great Honor to announce that General Michael T. Flynn has been granted a Full Pardon,” Trump wrote on Twitter. “Congratulations to @GenFlynn and his wonderful family, I know you will now have a truly fantastic Thanksgiving!”

Supporters of Flynn have said that he was the victim of an unfair prosecution.

Trump in February 2017 asked then-FBI director James Comey to end a criminal investigation into Flynn, who was national security adviser at the time.

In a statement, Flynn’s family thanked Trump “for answering our prayers and the prayers of a nation” by issuing the pardon.

Democrats lambasted the pardon as undeserved and unprincipled.

US House of Representatives Speaker Nancy Pelosi called it “an act of grave corruption and a brazen abuse of power.”

US Representative Adam Schiff, the chair of the House Intelligence Committee, said that a “pardon by Trump does not erase” the truth of Flynn’s guilty plea, “no matter how Trump and his allies try to suggest otherwise.”

“The president’s enablers have constructed an elaborate narrative in which Trump and Flynn are victims, and the constitution is subject to the whims of the president,” House Judiciary Committee Chairman Jerry Nadler said in a statement. “Americans soundly rejected this nonsense when they voted out President Trump.”

The justice department dismissed the case, saying that Flynn should not have been interviewed by the FBI in the first place, only to have US District Judge Emmet Sullivan resist the request and appoint former judge John Gleeson to argue against the federal government’s position.

Gleeson called the department’s dismissal request an abuse of power and said its grounds for dropping the case were ever-evolving and “patently pretextual.”

Flynn lawyer Sidney Powell sought to bypass the judge by asking a federal appeals court to direct him to drop the matter.

A three-judge panel did exactly that, but the full court overturned that decision and sent the case back to Sullivan.

At a hearing in September, Powell told Sullivan that she had discussed Flynn’s case with Trump, but also that she did not want a pardon — presumably because she wanted him to be vindicated in court.

The pardon spares Flynn the possibility of any prison sentence, which Sullivan could potentially have imposed had he ultimately rejected the department’s dismissal request.