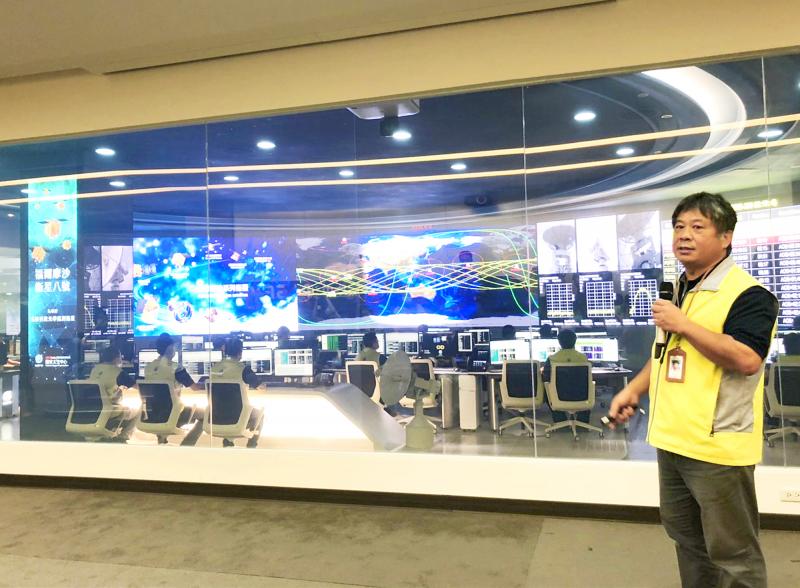 TAIWAN MADE:
The system, which is being used with Formosat-7/COSMIC2, allows for greater flexibility and information security protection, an NSPO researcher said

The National Space Organization (NSPO) yesterday said that it has developed the nation’s first cross-platform satellite operation control system, which is used to control the Formosat-7/COSMIC2 constellation and would save nearly NT$500 million (US$17.02 million) on project development.

The system was trialed on Formosat-5, a remote sensing satellite launched in 2017, and later used to control the Formosat-7 constellation, National Applied Research Laboratories (NARL) president Wu Kuang-chong (吳光鐘) told a news conference at the NSPO in Hsinchu.

A Taiwan-US collaboration, the six-satellite Formosat-7, which conducts weather observations, was launched on SpaceX’s Falcon Heavy in June last year.

Four of the Formosat-7 satellites have moved from their 720km deployment orbit to 550km mission orbits on separate planes, while the other two would move to their mission orbits by February next year, the NSPO said.

The system has helped the NSPO contact the Formosat-7 satellites more than 30,000 times, over which it downloaded more than 2 million data packages, Wu said.

The system marks another leap in Taiwan’s space tech development, as the nation used to purchase satellite software from foreign suppliers, he said. 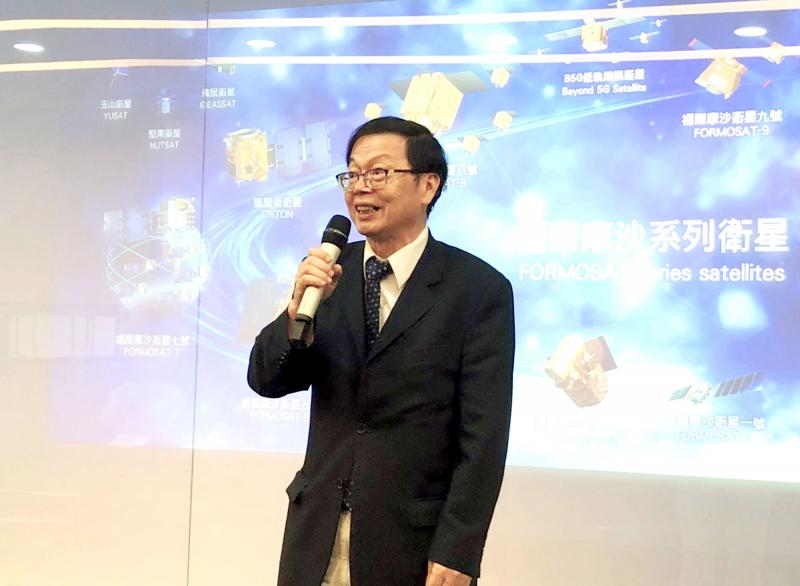 The system over the past 14 months has proved it is comparable to similar products from foreign suppliers, NSPO associate research fellow Chen Kun-lin (陳坤林) said.

Built for NT$60 million after work began in 2009, the system saves on software development and maintenance costs that were previously outsourced, Chen said.

Development and maintenance costs for the Formosat-3/COSMIC constellation and the Formosat-5 were NT$150 million and NT$170 million respectively, he said.

As the system can be adapted for other missions, the NSPO would save nearly NT$500 million in development costs for its Triton, Formosat-8, Formosat-9 and Formosat-10 constellations, which are part of the nation’s third space technology development program running through 2028, he said.

In developing the system, the NSPO engaged private businesses, such as CTCI Advanced Systems Inc and Syscom Computer Engineering Co, he said.

Given that it is indigenously developed, the system allows for greater Taiwan-made flexibility and information security protection, Chen said.

The NSPO hopes that the system would provide commercial services, but it needs to formulate the specifications before making such products, he said.

After its satellites are fully deployed, Formosat-7 is expected to deliver 4,000 data packages per day covering the 50° north latitude to the 50° south latitude, the NSPO said.

The data would be received by stations in Taoyuan and Tainan; Darwin, Australia; Hawaii and Guam; Honduras; Kuwait; Cuiaba, Brazil; Mauritius; and Ghana, it said.