Several former residents of Futaba, the only remaining uninhabited town in Japan still recovering from effects of radiation from a nuclear plant meltdown in 2011, have returned to live there for the first time since the massive earthquake and tsunami forced them out.

Authorities have declared most other areas safe and reopened them following extensive decontamination efforts over the past decade.

In Futaba, only 15 of 7,000 residents living there before the tragedy expressed their desire to return this week on a trial basis. A fully fledged reopening of the town on Japan’s northeastern coast is set for June. 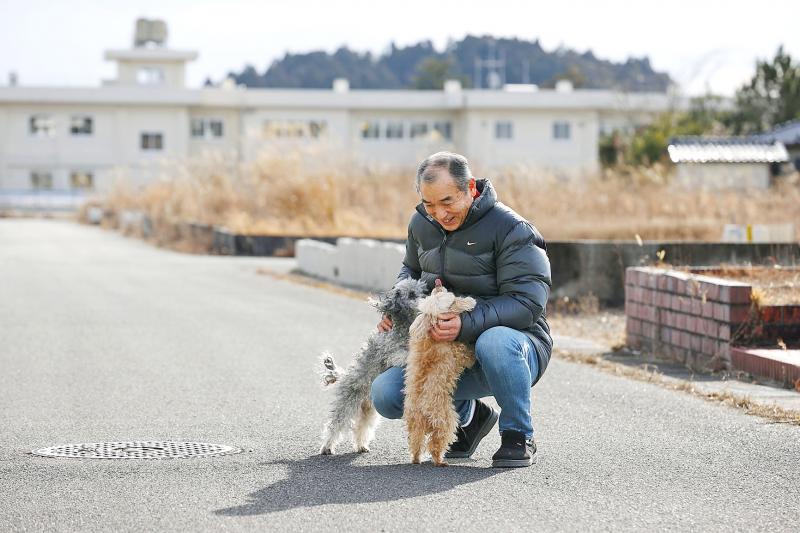 He said he looks forward to cooking fried noodles and eating with his wife and children when they start their lives back in town together later this month.

He was there alone briefly on Friday with several others who in the past few years have been gradually cleaning their homes during allowed daytime visits.

Another returnee, Yoichi Yatsuda, said he hoped that town officials would pursue reconstruction projects to encourage younger people to come back.

Their town was the hardest hit when the nearby Fukushima Dai-ichi nuclear power plant experienced meltdowns following the magnitude 9.0 quake that sent tsunami waves washing over the coast, killing about 18,000 people, including more than 50 in Futaba.

Most of the remaining population were forced to evacuate to another town in Fukushima Prefecture due to the radiation and contamination of the area, which has been largely deserted since.

While relocating, many of the former residents have found new jobs and community ties and say they have no interest in coming back.

A small section near the Futaba train station, which was cleaned and rebuilt, was opened for daytime visits in March last year, just before the Olympic torch relay ahead of the Tokyo Summer Games.

Futaba Mayor Shiro Izawa said the return on a trial basis “is a first step toward Futaba town’s reconstruction. I’m sure many town residents have long been waiting for this day.”

There are no medical services or enough shops. For now, the residents must go out of town to find a hospital or shop for food and other daily necessities.

Izawa promised to provide ample support ahead of the formal lifting of part of the town’s no-go zones in June.

Prospects for a larger return are grim.

Futaba’s registered residents have already decreased by nearly 2,000 from its pre-disaster population. Even after radiation dropped to safe levels, the region’s farming and fishing continue to be hurt by lingering concerns among consumers and retailers.

The nuclear plant is being decommissioned in a process that is to take decades. The government is also building temporary storage for massive amounts of debris and soil from decontamination efforts.