Alleged Heavenly Way Alliance senior member Wang Hsin (王鑫), who is suspected of being involved in several killings, was on Thursday detained during raids on the gang and released on NT$2 million (US$71,515) bail yesterday.

Bureau files showed that Wang was in the 1970s allegedly involved in the US-based Wah Ching gang and later allegedly cofounded the Heavenly Way Alliance’s US chapter. 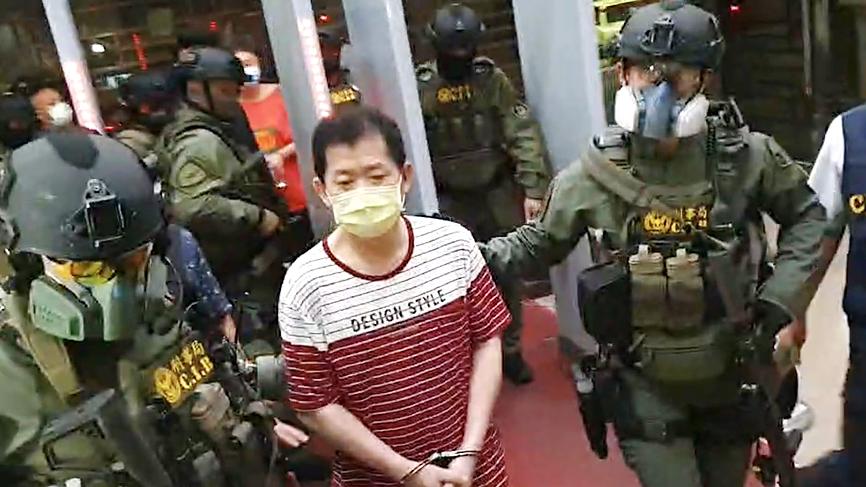 At the time, Wang allegedly dealt firearms and other weapons used in violent crimes, the officials said.

He and other key figures of the US chapter returned to Taiwan in the 1990s or 2000s, where they allegedly continued their criminal activities, the officials said.

He is suspected of having paid contract killers for the assassinations of senior members of rival gangs, they said, citing other alleged gang members who described Wang as a “godfather” figure.

Despite the suspicion, law enforcement agencies for many years had no solid evidence of his involvement, they said.

On Friday, police raided a mansion in a mountainous area of New Taipei City’s Sindian District (新店), where they detained Wang and his girlfriend, surnamed Lin (林), the officials said, adding that other alleged associates were detained in related raids in Taipei and New Taipei City, including a person surnamed Lee (李), who is allegedly Wang’s driver.

Six people were taken to the Taipei District Prosecutors’ Office for questioning and released on bail yesterday, the officials said, adding that the six are banned from leaving the country.

The charges would be related to the 2013 shooting of businessman Lee Shi-jen (李世仁) in central Taipei, last year’s shooting of Internet fitness celebrity Holger Chen (陳之漢) and two killings of alleged gang members, the officials said.

Wang is also suspected to be involved in the 1996 killing of alleged Four Seas Gang leader Chen Yung-ho (陳永和), in which another alleged gang member, Lan Lei-chia (藺磊洽), was also killed, they said.

Wang is suspected of having ordered the 1996 killings in revenge for the killing of Tan Shih-wei (覃世維), the alleged boss of another gang, following a dispute over a property deal worth more than NT$1 billion.