Southeast Asia’s regional bloc should do some “soul-searching” on its policy of not interfering in members’ internal affairs so that it can deal effectively with issues such as the crisis in Myanmar, Malaysia said yesterday.

ASEAN members have accused the Burmese military of failing to stick to a roadmap they drew up together, which was supposed to defuse the crisis that erupted in Myanmar after a February coup. 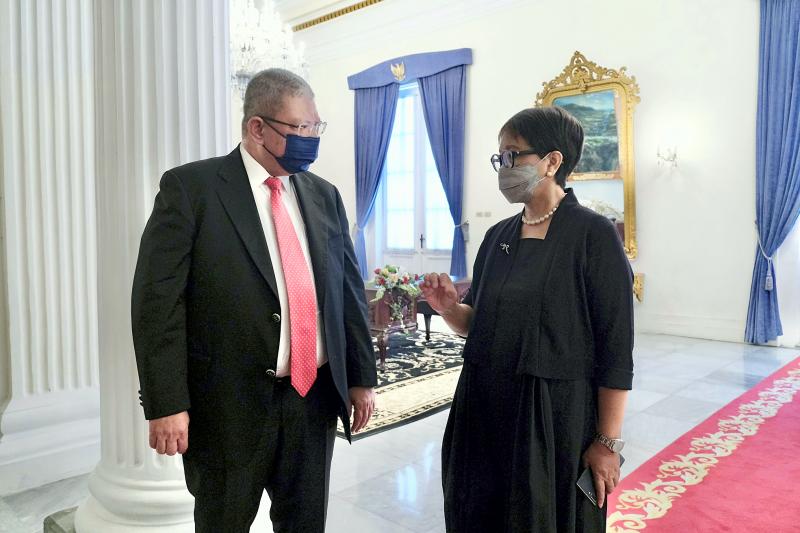 Following the snub, Myanmar accused the bloc of breaking its decades-old policy of not meddling in each others’ domestic affairs — which critics say has made the grouping “toothless.”

Malaysian Minister of Foreign Affairs Saifuddin Abdullah said he understood that the policy is “almost sacrosanct” in ASEAN, and had been “useful and practical” in the past.

“But when we are faced with situations like the one that is currently occurring in Myanmar, then perhaps ASEAN should actually do some soul-searching,” he said at a virtual dialogue on human rights in Myanmar.

“As much as the issue in Myanmar is local and national … it has [an] impact on the region and we should also recognize the concerns of the other nine member states,” he said.

The Southeast Asian bloc has been under international pressure to address unrest and the Burmese military’s brutal crackdown on dissent.

Diplomatic sources have said that key ASEAN members, such as Malaysia, Indonesia, the Philippines and Singapore, have pushed for tough action to stop the group’s credibility from being tarnished.