The Taoyuan City Council on Tuesday amended an ordinance to require shops over a certain size to provide reusable cups. The regulation is scheduled to take effect in July next year.

The amendment to Taoyuan’s “low-carbon green city development” ordinance marks the first time a local government has directly regulated the use of disposable containers.

As the amendment includes a penalty provision, the council must send it to the Executive Yuan for approval, which is likely to be granted in September. 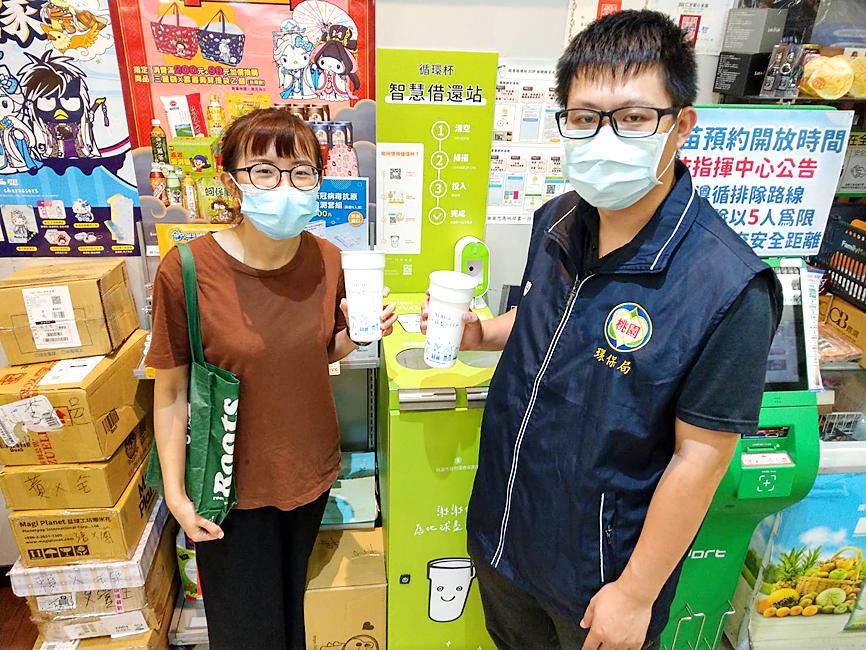 The Taoyuan Department of Environmental Protection must also hold discussions with convenience store and restaurant operators to determine implementation guidelines before the rule can take effect.

About 1.8 billion disposable cups are thrown away every year in Taiwan, more than 450 million of which come from convenience stores, department Director Lu Li-te (呂理德) said.

This significant amount has a serious negative effect on the environment and depletes valuable resources, Lu said.

Taoyuan in April began trialing a cup return system with 7-Eleven and FamilyMart, which lend consumers reusable cups that can be returned at collection points throughout the city, he said, adding that results have been promising.

It also proposes incentives to encourage the use of reusable containers, he said, adding that the ordinance aims to gradually reduce the proportion of single-use containers with the goal of eventually achieving plastic-free sustainable consumption.

Another new provision requires waste collectors to tell the department from whom they are about to collect waste and compels them to affix trackers to their vehicles.