‘BOSS CHARACTER’:
Lee Yang and Wang Chi-lin said they had ‘crawled out of hell’ and have nothing to lose in a match against the world’s No. 2 pairing

Badminton duo Lee Yang and Wang Chi-lin made history in Tokyo yesterday by becoming the first Taiwanese shuttlers to advance to an Olympics semi-final after they edged their Japanese rivals in the quarter-finals of the men’s doubles.

The world No. 3 Taiwanese duo defeated Hiroyuki Endo and Yuta Watanabe 21-16, 21-19 in 44 minutes at the Musashino Forest Plaza.

By reaching the final four, the pair have recorded Taiwan’s best ever showing in Olympic badminton, surpassing a quarter-finals finish by Lee Sheng-mu and Fang Chieh-min in the men’s doubles at the London Games in 2012. 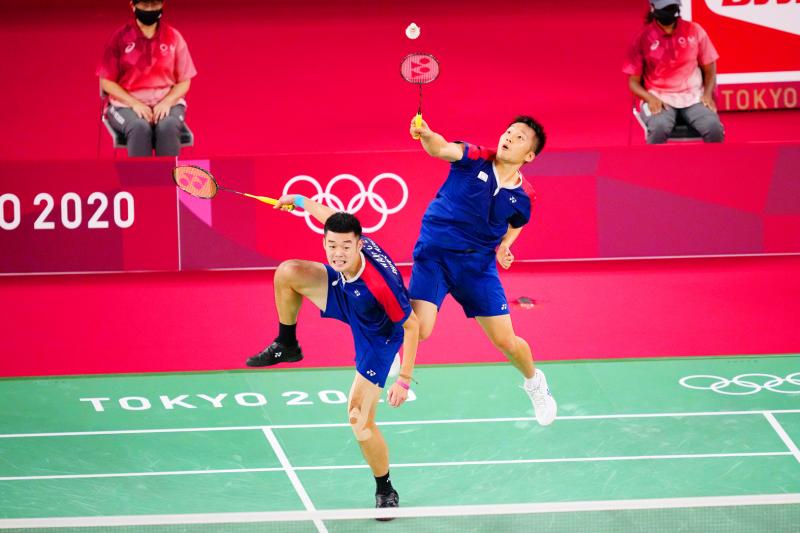 After clinching the hard-earned victory, Lee dropped to his knees while clenching his fists in celebration.

The pair got off to a bumpy start in their Olympic journey last week after they were upset by a world No. 10 duo from India in their opening group match.

However, they bounced back by defeating Britain before upsetting the world’s top-ranked men’s doubles team from Indonesia, earning a 2-1 record in Group A and qualifying for the final eight knockout round. 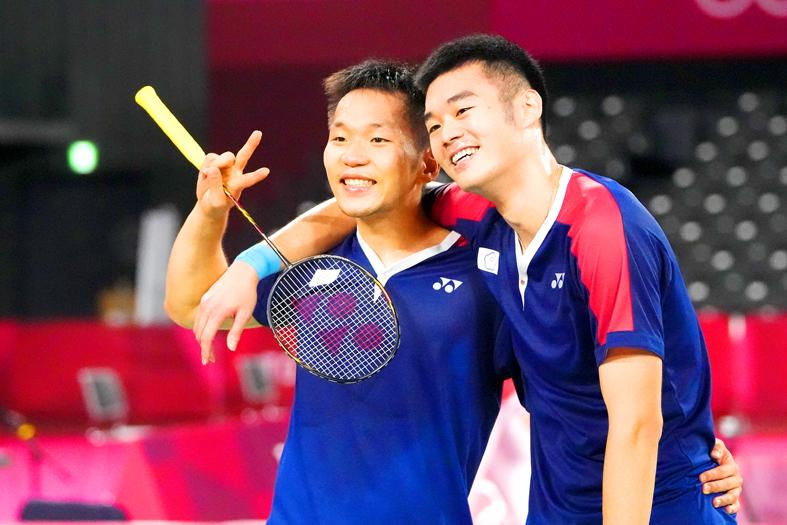 Lee and Wang said that it has been an incredible journey at the Games thus far.

It is “as if we have just crawled out of hell,” Wang said.

After losing their opening match, they felt they had nothing to lose and were thus free of pressure, he said.

They face world No. 2 pair Mohammad Ashan and Hendra Setiawan of Indonesia today, with the winners to compete for gold.

Lee and Wang said that they would focus on defense in today’s match, which they compared to “fighting a boss character” in a video game.

The Taiwanese duo have a 4-6 record against their opponents.