To reach the eight-person final, the pair first recorded identical scores of 584 out of 600 in a two-day, 44-person qualifying round comprised of both precision and rapid-style shooting.

In the final, shooters competed in a series of up to 10 five-shot rounds scored on a hit-or-miss basis, rather than a points-based system. 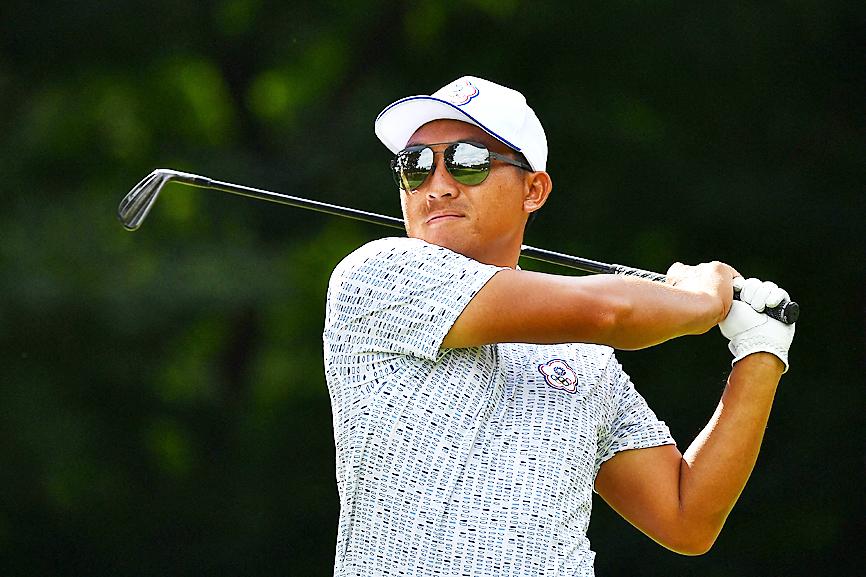 After the fourth round, the person with the fewest hits was eliminated in each round.

Tien — who at 37 is the only mother in Taiwan’s Olympic squad — fell first in the final, placing 10 out of 20 shots within the 50mm 10th ring on the target to finish eighth.

Wu, 28, advanced to the seventh round, but was eliminated in a shoot-out after tying with Bulgaria’s Antoaneta Kostadinova at 23 hits each.

She finished in fifth place.

Despite falling short of a medal, Wu and her coach, Kuo Meng-hsi, said they were delighted that she scored a career-best 584 to reach the final round, improving on her previous top score of 582. 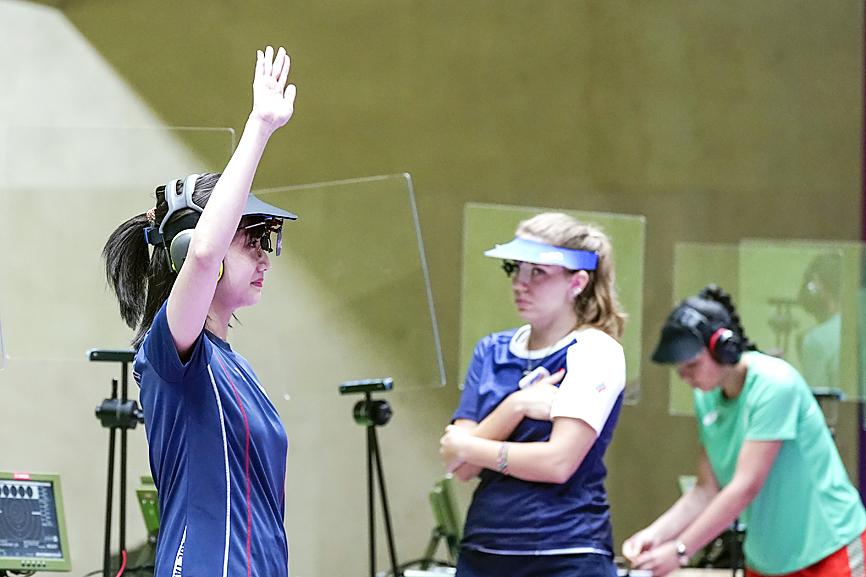 Tien had already turned her thoughts homeward after the competition, telling reporters: “I want to take a nice break and spend some time with my daughter.”

In golf, Taiwan’s C.T. Pan was tied for 39th place on one-under when play was suspended in the second round of the men’s individual stroke play.

Pan was four-under for the day through 15 holes before bad weather saw the remainder of the second round rescheduled for this morning.

Emma Twigg of New Zealand claimed the gold medal after winning final A.

In swimming, Taiwan’s Huang Mei-chien finished sixth in heat 7 of the women’s 50m freestyle with a time of 25.99 seconds.

On the first day of the athletics competition, Taiwan’s Chen Chieh equaled his best time this season of 50.96 seconds in heat 1 of the men’s 400m hurdles, but still finished last.

Taiwan’s Hsieh Hsi-en ran a personal best of 12.49 seconds for a seventh-placed finish in the second heat of the preliminary round of the women’s 100m.