US Secretary of State Antony Blinken yesterday called for the release of four Hong Kong democracy advocates who were jailed for participating in a vigil for victims of the 1989 Tiananmen Square Massacre.

“The United States stands with the people of Hong Kong and rejects the sentencing of activists for attending a Tiananmen commemoration,” Blinken wrote on Twitter.

“All those imprisoned for nonviolent exercise of guaranteed freedoms should be freed immediately,” he added. 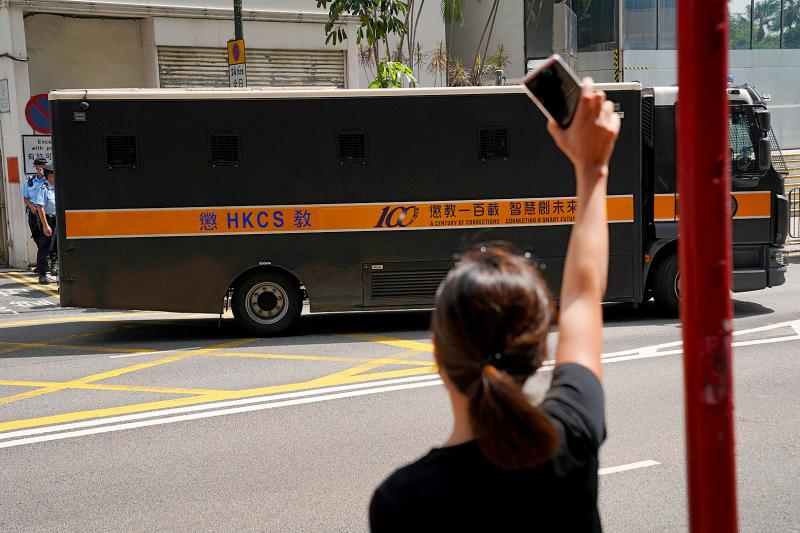 Joshua Wong (黃之鋒), Lester Shum (岑敖暉), Tiffany Yuen (袁嘉蔚) and Janelle Leung (梁凱晴) — four prominent activists in their 20s — were jailed after pleading guilty to taking part in an “unauthorized assembly” on June 4 last year on the anniversary of the massacre.

Last year’s event was banned for the first time, with police citing the COVID-19 pandemic and security fears following huge democracy protests that roiled Hong Kong the year before.

Since then, prosecutors have charged more than two dozen prominent democracy advocates who attended the vigil.

Wong is serving 17.5 months in jail for two convictions linked to the 2019 demonstrations. He was handed a consecutive 10 months of jail for the new conviction, which starts once current sentences are finished.

Shum, 27, was sentenced to six months in jail, while Yuen, 27, and Leung, 26, were both handed four-month sentences.

Wu is among 47 opposition figures charged with conspiracy to commit subversion by participating in an unofficial, nonbinding and independently organized primary vote last year to select candidates for a since-postponed Hong Kong election.