The Montreal Canadiens’ rich history did not mean much when it came to facing upstart Vegas Golden Knights on Monday night.

Shea Theodore had a goal and an assist, Marc-Andre Fleury made 28 saves and the Knights beat the Canadiens 4-1 in the first game of the Stanley Cup semi-final. 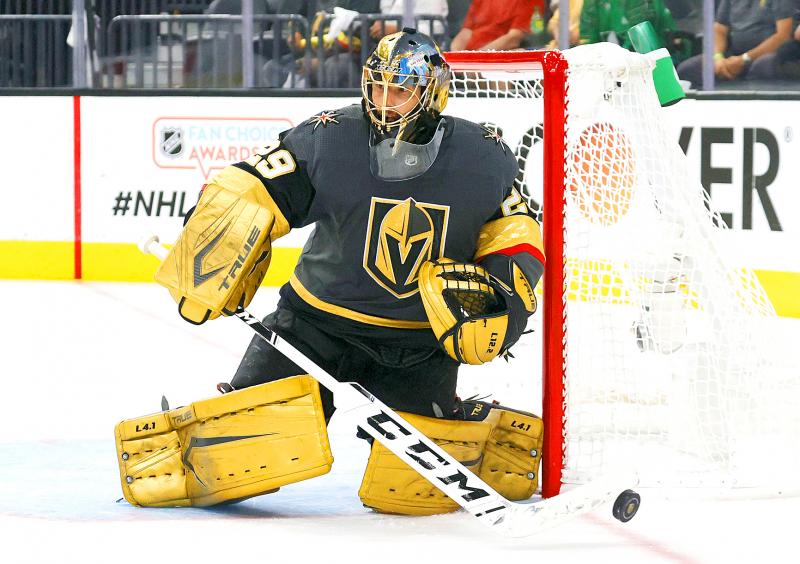 Theodore’s first-period goal gave Vegas a 1-0 lead and marked the first time the Canadiens trailed in a span of 437 minutes and 53 seconds, the NHL’s second-longest playoff run.

“The first goal was huge, and at the right time, too, in the first period for us with how we were playing,” Vegas coach Peter DeBoer said. “Gave us a little bit of an opportunity to take a deep breath and kind of gather ourselves and find our game. Thankfully [Fleury] was our best player, gave us a chance to get our legs, and then I really liked our game in the second and third.”

Fleury, whose 90th career playoff win leaves him two shy of tying Grant Fuhr for third place all-time, has now allowed two or fewer goals in nine of his 13 playoff appearances this season.

Alec Martinez, Mattias Janmark and Nick Holden also scored for the Golden Knights, who were vividly fueled by an announced crowd of 17,884 glow-stick-waving fans.

The goals from Theodore, Martinez and Holden marked the first time this postseason a team got three goals from defensemen in a single game.

“We talked about making sure the [defensemen] were getting up in the play to make sure we had good gaps if pucks were turned over, but ended up being that we were able to jump and get some pucks, and obviously score some goals and make some plays,” Holden said. “That’s always big when you can get contributions from different places.”