World No. 1 Novak Djokovic yesterday swept into the Internazionali BNL d’Italia quarter-finals with a straight sets win over Alejandro Davidovich Fokina in front of spectators who were allowed to watch at the Foro Italico for the first time.

The five-time Rome champion won through 6-2, 6-1 in 1 hour, 10 minutes against the 48th-ranked Spaniard with the venue filled to 25 percent of capacity. 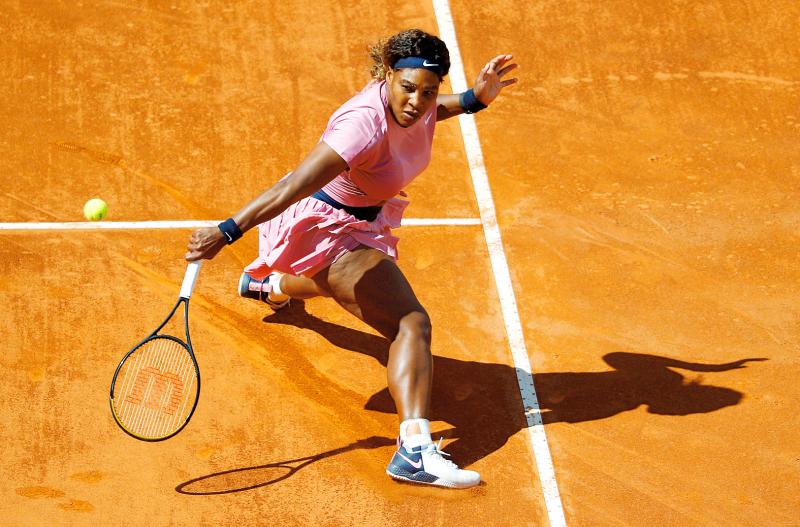 After losing his opening service game, Djokovic powered back with five breaks of serve, outclassing his rival, despite a late fightback, to seal the win on his sixth match point.

The 18-time Grand Slam winner next plays either Greek fifth seed Stefanos Tsitsipas or ninth seed Matteo Berrettini for a place in the semi-finals.

On Wednesday, Rafael Nadal opened his attempt to win a 10th Internazionali BNL d’Italia with a straight-sets victory over teenager Jannik Sinner to advance to the third round. 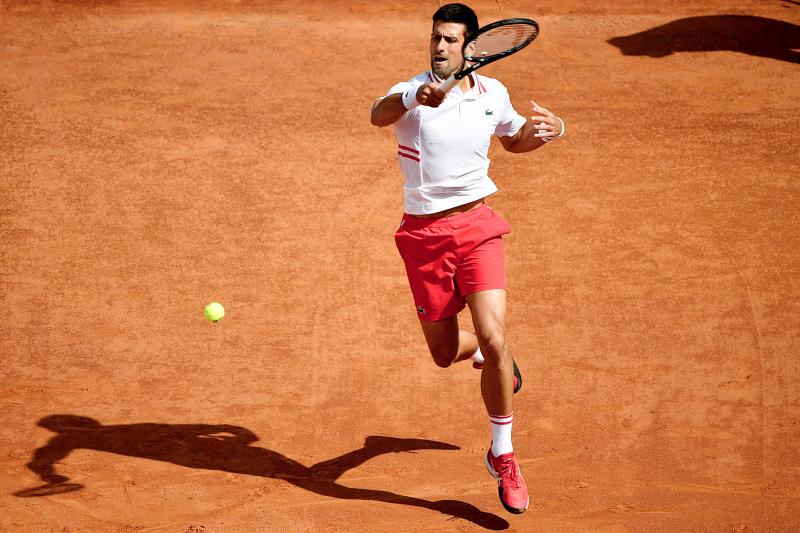 Nadal, 34, next plays Canadian Denis Shapovalov, the 13th seed, for a place in the quarter-finals.

Serena Williams, playing the 1,000th WTA match of her career, on Wednesday crashed out in the second round, weeks before her bid to make history at Roland Garros.

Second seed Naomi Osaka of Japan also fell at the first hurdle in Rome with defending champion Simona Halep of Romania, the third seed, retiring with a calf injury.

World No. 1 Ashleigh Barty got off to a winning start, as the Australian advanced to the third round in the warm-up tournament before Roland Garros starts on May 30.

Williams, 39, lost 7-6 (8/6), 7-5 on her return after nearly three months away to Argentina’s Nadia Podoroska, a player 15 years her junior, who was a surprise semi-finalist at last year’s Roland Garros.

“You know, it’s tough to have a first match on clay,” said Williams, who has won 73 WTA titles over the past two decades.

“It was definitely kind of good to go the distance and to try to be out there, but clearly I can do legions better,” she said.

Williams, a four-time Rome winner and 23-time Grand Slam champion, had not played since her semi-final defeat to Osaka at the Australian Open this year.

The eighth seed found it tough going, losing in just less than two hours to the 44th-ranked Argentine.

The early exit is a blow before the French Open in Paris where the American continues her bid to equal Australia’s Margaret Court’s record of 24 Grand Slam trophies.

Despite a battling performance Williams could not wear down the 24-year-old, who broke twice in the first set.

Podoroska forced a tie break with an ace and squandered three set points before sealing the set.

In the second, Williams was trailing 5-2, but held and broke the Argentine to love while she served for the match to level at 5-5.

Podoroska held her nerve to earn three match points to secure just her third career win over a top-10 player, all in the past eight months.

“It’s a special win, she’s a great athlete, she’s done so many things for our sport,” said Podoroska, who next meets Croatia’s Petra Martic. “It’s history most of all.”

Days after her shock defeat in the Madrid final, Barty advanced to the third round with a 6-4, 6-1 win over Kazakh Yaroslava Shvedova.

World No. 3 Halep, the 2018 French Open champion, limped off in tears with a left calf issue while leading Germany’s Angelique Kerber 6-1, 3-3 in their second-round tie.