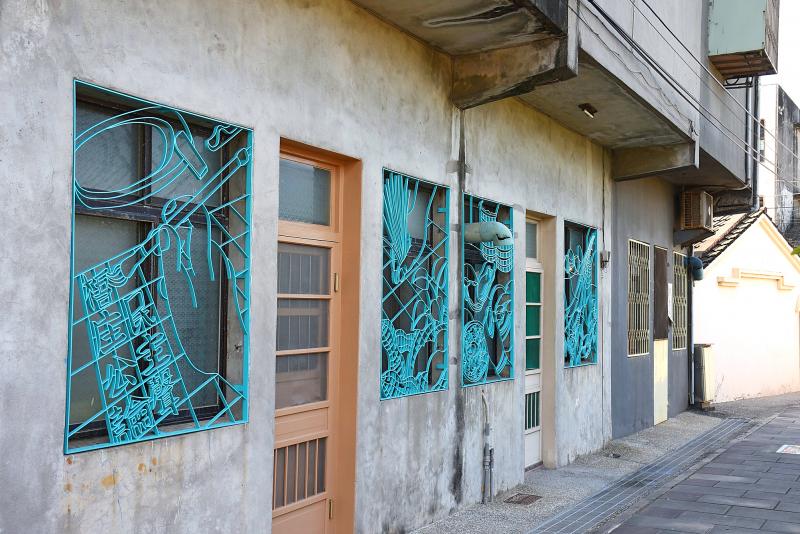 TELLING STORIES:
The decorative pieces highlight local culture and history, including the unique legacy of a democracy pioneer from the county’s Wupei Village

An artisan in Yunlin County has crafted more than a dozen ornamental window grills commemorating stories from his community, turning otherwise nondescript buildings into what the locals hope will be popular tourist destinations.

Metal sculptor Tseng Wen-chang (曾文昌) crafted 13 of the grills telling 10 stories dear to the community, including that of Lee Wan-chu (李萬居), a man from Wupei who is considered to be a pioneer of Taiwanese democracy, Wang said.

Lee was one of the “Five Dragons and One Phoenix,” the title given in the 1950s to the six members of the Taiwan Provincial Assembly who were born in the nation and known for their strident and vocal pursuit of democracy.

The six in 1960 founded the China Democracy Party to challenge Chinese Nationalist Party (KMT) rule, an early action in the dangwai (黨外, “outside the party”) movement that was squelched after only a few months.

Another window grill celebrates a local lion dance troupe comprised of more than 10 members who are all at least 65 years old, with the oldest member already past 80, Wupei Village Warden Lee Shang-ying (李尚穎) said. 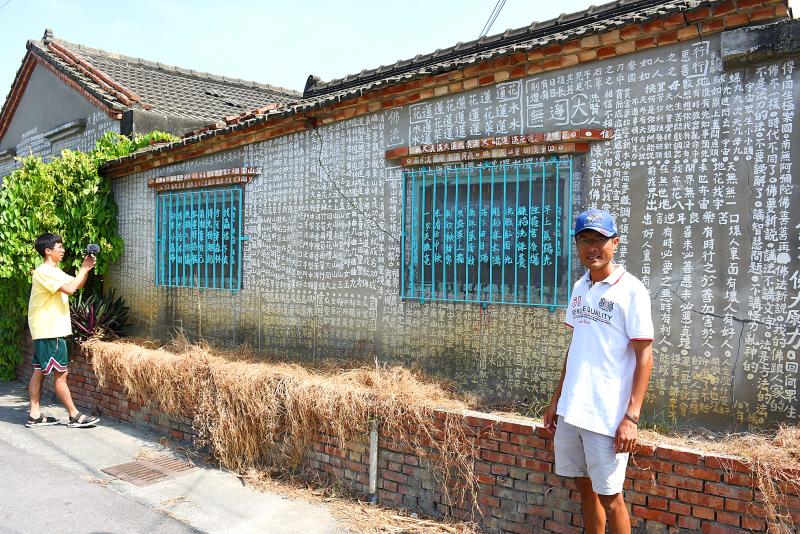 Many of the members are getting too old to continue, he said, adding that the grills would help preserve their story.

Another set of window grills decorates a convenience store across from a temple owned by a 92-year-old woman, with one displaying cans of candy, betel nuts and the year 1967, when the store was opened, he said.

The store also features a window that celebrates Wupei agriculture, with the image of a woman working on a field surrounded by rice, sugar cane and peanuts.

Apart from the grills, the revitalization project to be completed next month also includes repaving the square in front of the village’s main temple and the renewal of a water tower, Lee Shang-ying and Wang said.