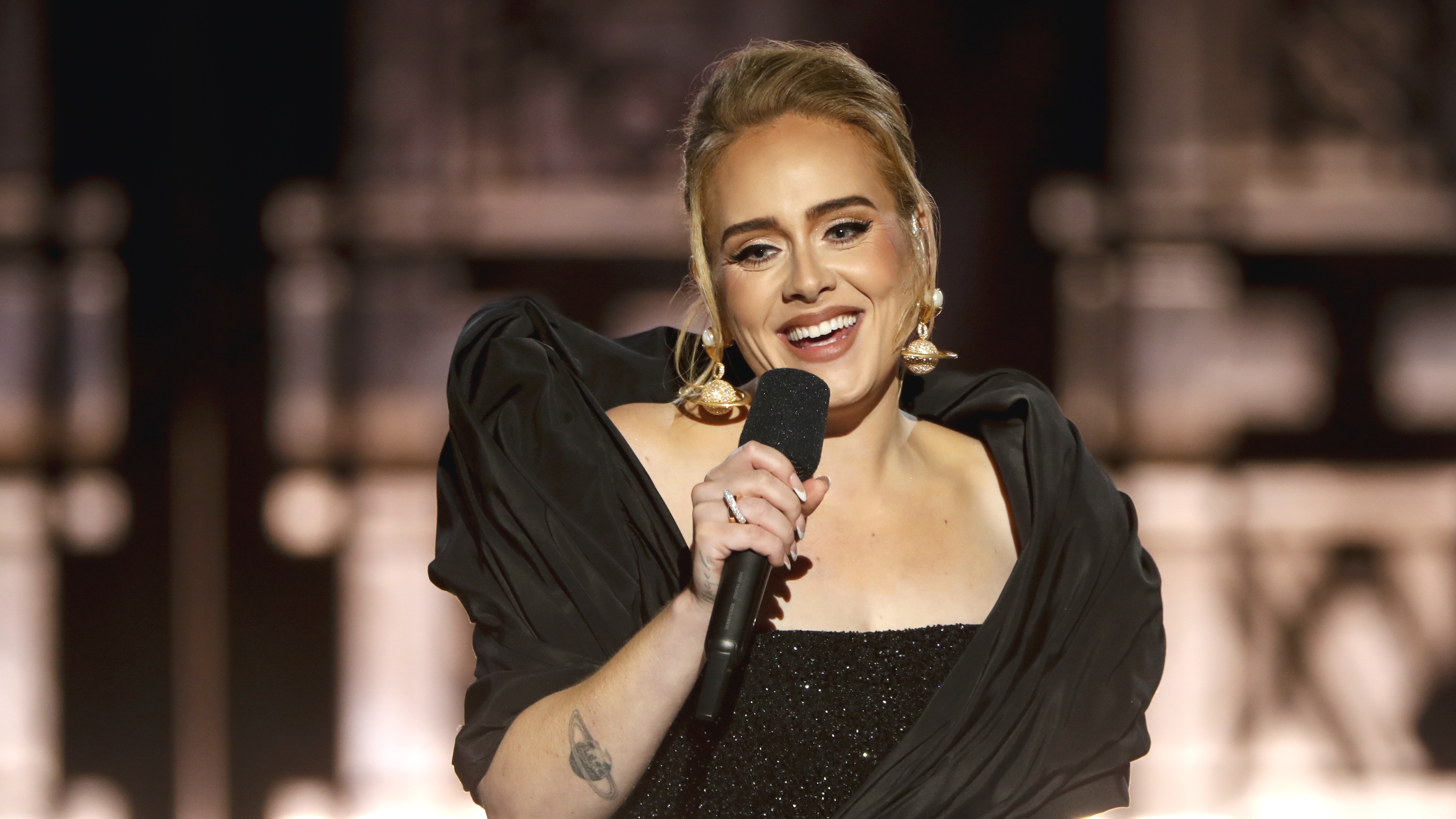 For Adele, exercise was never just about getting to a number on a scale. “It was because of my anxiety,” she said in an interview with British Vogue. “Working out, I would just feel better.” In a month of the year where the world becomes obsessed with burning calories, closing rings, and hitting step counts, Adele’s weight loss journey is an important reminder that exercise is about far more than physical fitness.

When Adele appeared on SNL in October 2020, saying “I know I look really, really different since you last saw me. But actually, because of all the Covid restrictions…I had to travel light and I could only bring half of me, and this is the half I chose” fans were quick to comment on the singer’s weight loss. Speculation spiraled over how she did it, and while nobody else has a right to an opinion on Adele’s body, there are some important lessons we can all learn from her approach to exercise.

1. She found the exercise that made her happy

Adele’s weight loss is primarily down to her exercise routine, but Adele used exercise to work on her mental health. Her regime involves weight lifting, circuit training, and cardio. “So I do my weights in the morning, then I normally hike or I box in the afternoon, and then I go and do my cardio at night,” she told British Vogue. “It was never about losing weight, it was always about becoming strong and giving myself as much time every day without my phone. I got quite addicted to it” the signer said.

The key lesson here is that Adele found what worked for her, and stuck to it. If you’re a runner, adding one of the best treadmills to your home gym can help you exercise when it’s cold and dark outside. If you hate running, there are plenty of other forms of cardio that have the same benefits, the key is finding the form of exercise that makes you feel happy.

2.  She upped the intensity slowly

In an interview with Oprah, Adele spoke about getting into deadlifts. (Inspired? Here’s how to deadlift at home using just a resistance band, or the best adjustable dumbbells for weightlifting at home). The Hello singer explained how she started lifting ten pounds and has worked her way up to lifting 170 pounds. “I’m an athlete,” she told Oprah. “I love it.”

When it comes to an exercise routine, be it weight lifting or distance running, slow and steady wins the race. It’s easy in January to expect to see big gains quickly, and be demotivated when things don’t go to plan, but the key to building an exercise routine that sticks is to take things at a slower pace so you don’t get injured.

A photo posted by on

Talking about her anxiety in an interview with Oprah, Adele said, “I had the most terrifying anxiety attacks after I left my marriage. They paralyzed me completely and made me so confused because I wouldn’t be able to have any control over my body, but I was aware of that happening because it was kind of still very much there while my whole body was just like, on another planet it felt like,” she said. Adele found exercise helped her manage this anxiety and gave her “discipline”, which helped her mental health.

Exercise has been found to reduce anxiety, depression, and negative moods, as well as improve self-esteem. Movement, no matter how small, can help feelings of anxiety, and if you’re looking for inspiration on where to start, why not try one of the best ab workouts from your living room, or a walk around the block before work?

Adele’s weight loss was met with a lot of rumors about what she was or wasn’t eating. Adele used her interview with British Vogue to dispel these, “No intermittent fasting. Nothing. If anything I eat more than I used to because I work out so hard,” she said.

If weight loss is your goal, however, extreme diets still shouldn’t be top of your list. Instead, there are simple ways to lose weight without dieting, like adding more protein to your diet, and finding healthy snacks to avoid turning to sugary alternatives between meals.

Being in the public eye, Adele’s weight loss was met with criticism. “My body’s been objectified my entire career. It’s not just now. I understand why it’s a shock. I understand why some women especially were hurt. Visually I represented a lot of women. But I’m still the same person,” she explained in an interview with Vogue.

Adele has made it clear she is in a happier place, weight loss or not, and that’s all that matters. Whether you’re losing weight, or just trying to get fitter this year, remember exercise should never be a punishment, it’s a celebration of what you can do.

Jane McGuire is Tom’s Guide’s Fitness editor, which means she looks after everything fitness related – from running gear to yoga mats. An avid runner, Jane has tested and reviewed fitness products for the past four years, so knows what to look for when finding a good running watch or a pair of shorts with pockets big enough for your smartphone. When she’s not pounding the pavements, you’ll find Jane striding round the Surrey Hills, taking far too many photos of her puppy.