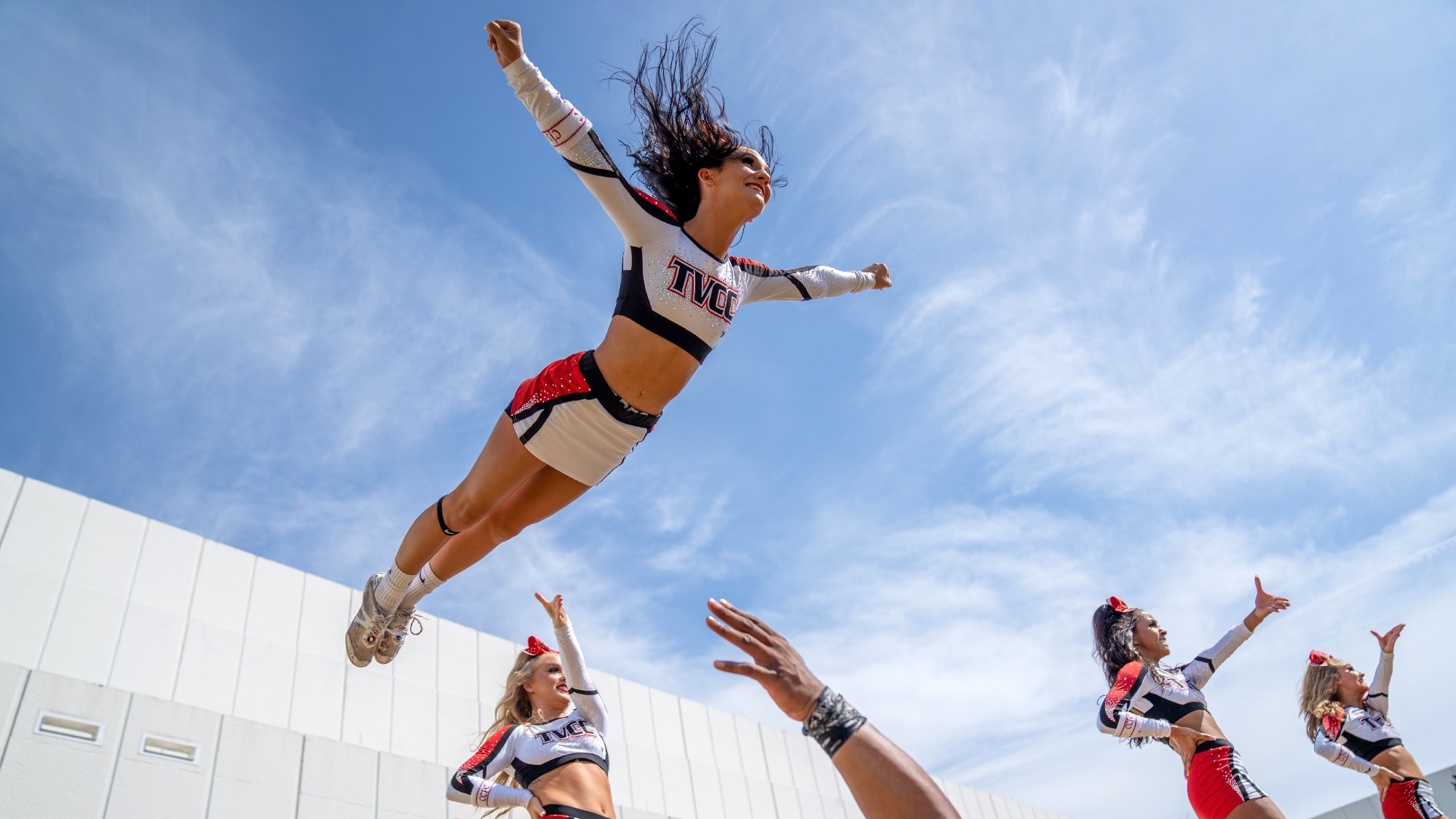 Want to know what to watch this weekend? There’s plenty of new movies and shows on Netflix, HBO Max, Peacock and more of the best streaming services. Maybe you don’t get snow where you live, but a winter weekend is the perfect time to get cozy and binge.

This weekend’s lineup is headlined by Peacemaker, a spinoff of The Suicide Squad that features John Cena reprising his role as the ultra-violent blockhead. Other series premiering this week are the rom-com/horror Wolf Like Me, the horror/thriller Archive 81 and the teen superhero mystery Naomi.

Returning shows include the third and final season of After Life and the long-awaited second installment of the controversial Cheer. Plus, armchair Oscar pundits will want to catch Denzel Washington and Frances McDormand in The Tragedy of Macbeth.

Plus, a few finales on the docket, including The Expanse series finale (… though it might not be the absolute end), the Station Eleven finale and the Yellowjackets finale. Oh, and one note: HBO Max is 20% off for new and returning subscribers for up to 10 months!

One more thing: If you didn’t catch it in theaters, you can finally watch Eternals online now that the MCU movie has dropped on Disney Plus.

A spinoff of James Gunn’s The Suicide Squad, Peacemaker has the same irreverent, snarky tone while spotlighting John Cena’s standout character. The loutish, dim-witted, heavily-muscled mercenary still doesn’t have more than three brain cells in his head, but bro, is he good at doing violence. If you recall, his whole thing from the movie is bringing peace to the world — no matter how many people he has to kill.

The show begins with Peacemaker leaving prison to work for the government. To carry out his special mission, he once again teams up with tech whiz John Economos (Steve Agee) and NSA agent Emilia Harcourt (Jennifer Holland). They’re joined by a new boss, Clemson Murn (Chukwudi Iwuji), and fresh recruit Leota Adebayo (Danielle Brooks). And while Peacemaker is as insensitive and uncouth as ever, we also get some insight into how he got that way, as we meet his gruff father (played by Robert Patrick).

See why we’re so excited for Peacemaker and why it’s truly the first must-watch DC show.

The Tragedy of Macbeth (Apple TV Plus)

As a former English major, I’ve read Macbeth at least a half dozen times and wrote several thesis-length papers on the Shakespearean play. I’ve also seen many adaptations, with luminaries from Orson Welles to Patrick Stewart to Michael Fassbender in the title role. It seemed impossible to put a fresh spin on the story, but director Joel Coen does just that with his stripped-down noir version.

Coen is helped by tremendous performances from Denzel Washington and Frances McDormand as the power-hungry, utterly ruthless main characters. Any director lucky enough to have those two actors in a movie can pretty much just sit back and let the fireworks happen. It’s been in theaters for a short while, and my editor (who’s seen it already) raves that it’s amazing.

Streaming now on Apple TV Plus

Take a rom-com and add dashes of the supernatural and horror and you’ve got Wolf Like Me. The always likable Josh Gad and Isla Fisher star as a couple in a new relationship laden with baggage. Gary is a widower and emotional wreck who is desperately trying not to mess up while raising his daughter. Mary is an advice columnist in mourning herself and keeping a huge secret.

You can probably guess what it is from the title and the show reveals it very early on in the six-episode season. Wolf Like Me does explore a mystery — the mystery of love, how it happens and why it brings together certain people.

The one thing Ricky Gervais understands possibly better than anyone else is that it’s best to leave audiences wanting more. In hindsight, he was smart to dole out small but incredible portions of The Office (UK) and Extras. He’s following a similar model by concluding his grief comedy After Life after three seasons.

The final round of episodes will see Tony tentatively exploring romance with nurse Emma (Ashley Jensen) and working through a complicated stew of feelings after his father’s death. The real question, as it’s been from the very first episode, is whether Tony can move past his grief and embrace happiness again.

Mixing genres is all the rage, apparently. Archive 81 is a found footage horror series with elements of true crime, dread masterpieces like Hereditary, cult-focused thrillers like Rosemary’s Baby and haunted house classics like The Shining.

Archivist Ben (Mamoudou Athie) is hired to restore a collection of videotapes recorded in 1994 by a filmmaker named Melody (Dina Shihabi). Melody fell down a rabbit hole investigating the strange occurrences taking place in the Visser apartment building. She finds herself facing increasing danger — as does Ben while he reviews the footage years later.

The CW’s Arrowverse has evolved in recent years by focusing on different kinds of DC Comics characters than the white male heroes that headlined Arrow and The Flash. First came Batwoman as an out lesbian. Now, we’re introduced to Naomi McDuffie (Kaci Walfall), a Black teen and Superman-stan.

After a mysterious event in her small military hometown, Naomi and her friends embark on an investigation of who or what is behind the event. As they go about their sleuthing, she begins to experience strange symptoms — which are just the start of a thrilling journey that will change her life as she knows it.

If you miss Fleabag, this comedy starring Bridget Everett just might be your bag. The comedian plays middle-aged Sam, who has no answer when her sister asks, “What are you doing with your goddamn life?”

Sam is living in her Kansas hometown after returning to care for their deceased sister. She has a tedious job she hates and spends weekends drinking wine alone in her underwear. The only good thing she’s got going is a friendship with former classmate Joel (Jeff Hiller), who introduces her to an underground cabaret he hosts for the local queer community. And while Sam doesn’t have much, she can damn well sing.

When Cheer first debuted in January 2020, it felt like a beacon of positivity, determination and spirit. Oh, how quickly things fall apart. Very little time passed before the show began getting criticized for glorifying the sacrifice of a young person’s health for the “good of the team.” And then it truly unraveled when one of the team’s coaches, Jerry Harris, was arrested on multiple federal sexual misconduct charges, including soliciting child pornography.

Now, two years later, Cheer is back — and it isn’t shy about confronting Harris’ case nor the toxicity present in the sport. But the show also highlights a new wave of competitors with dreams of winning big, and it’s hard not to root for these fresh-faced, high-flying youths.

This main character of this teen comedy sounds like she could use a session of Sex Education. Avery Hansen-White (Mika Abdalla) prides herself on excelling at everything she does. So when her long-distance boyfriend wants to take their relationship to the next level (read: have sex), she decides to become a master of sex.

She enlists her best friend Larson (Jake Short) to be her test subject, which predictably results in some awkward hijinks and unexpected feelings. Avery soon realizes that there’s more to sex than the physical act.