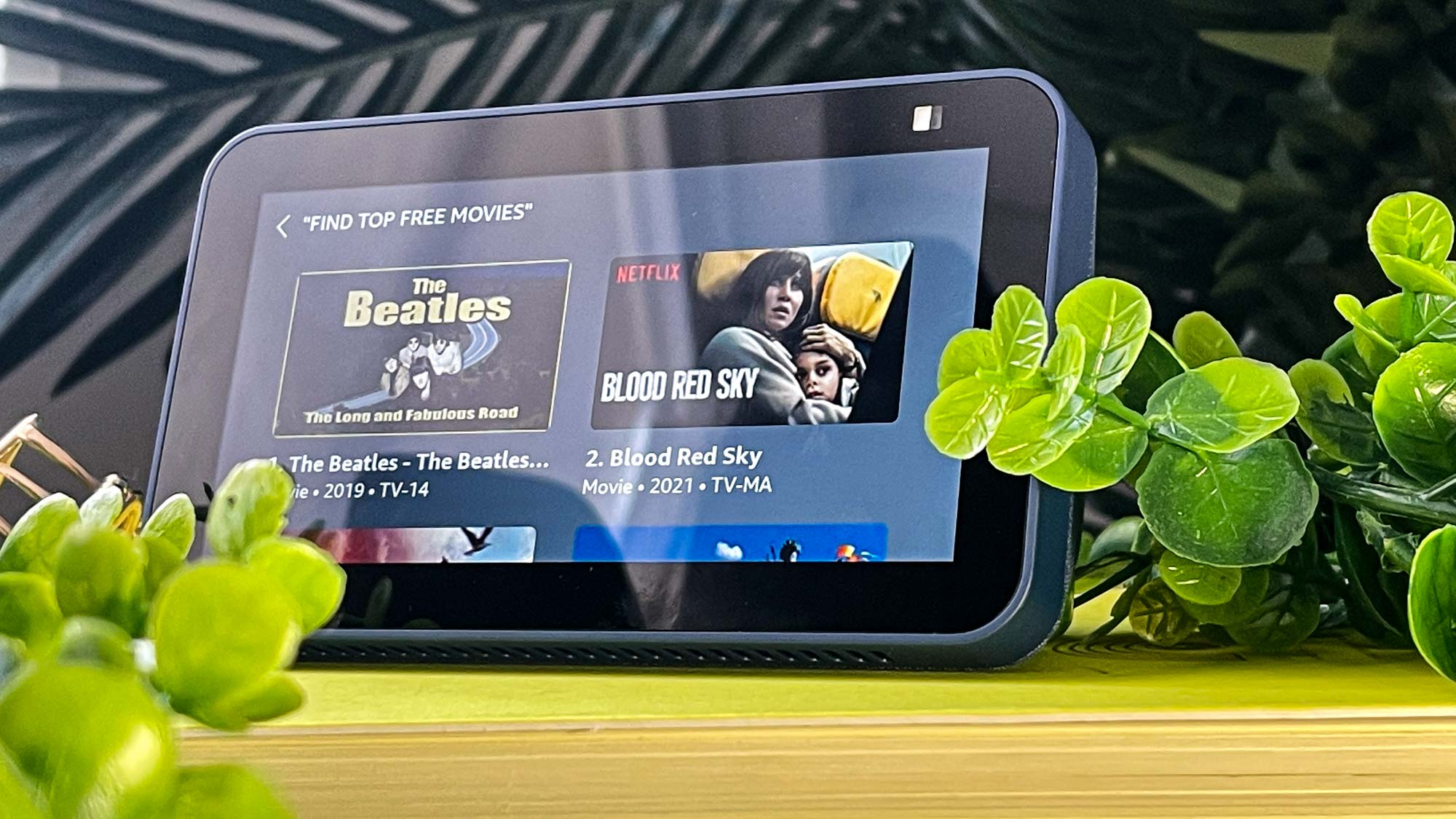 The Amazon Echo Show 5 (2nd Gen) isn’t much of an upgrade compared to the original, but it’s still a compact and capable bedside smart display with a built-in camera and Alexa.

The Amazon Echo Show 5 (2nd Gen) is as cute, compact and capable as its popular predecessor. But it’s arrived in a more saturated smart clock market than the version that came out two years ago.

Now, the $84.99 Echo Show 5 is rivaled by the Google Nest Hub (2nd Gen), as well as an in-brand alternative and one of best smart home devices, the Amazon Echo Dot with Clock. The new Echo Show 5 is cheaper than Google’s latest smart display and has a real screen — unlike the Echo Dot with Clock — but it can’t track your sleep nor does it have a 3.5-mm audio line out.

So what it’s party trick? In this Amazon Echo Show 5 (2nd Gen) review, you’ll find a slightly better camera and an ever-growing arsenal of Alexa skills. You’ll also see why the first-ever Kids Edition Echo smart display might be the real star of the show.

The Amazon Echo Show 5 costs $84.99 and is available now in three colors: Charcoal, Glacier White, and Deep Sea Blue. You can usually find it for less with the best Amazon deals on the Echo suite of devices, so be sure to check often for discounts.

In addition to the Echo Show 5 we tested, the Echo Show 5 Kids Edition ($94.99) comes in a greenish Chameleon color and is a clever bedside clock for your children. It also includes a 1-year subscription to Amazon Kids Plus ($2.99/month thereafter) and a 2-year replacement policy if your child happens to break it.

The overall look of the 5.8 x 3.4 x 2.9-inch smart display is mostly the same compared to the first-generation Echo Show 5, though the camera setup is visibly different. It’s a subtle improvement, but the new model has a 2-MP lens housed in a square component, rather than a circular one. You’ll still find a physical shutter for privacy, though.

Still, the 5.5-inch, 960 x 480 display is functional, letting you see the time, weather or collection of your photographs at a glance. It’s not big enough to enjoyably watch something on Amazon Prime, though. For $15 more the Nest Hub has a 7-inch display, while for $45 more the Echo Show 8 has a 8-inch display. You could also opt for the $90 Amazon Fire HD 8 tablet if watching video is your priority.

If your interest lies in smart home features, the Echo Show 5 is a better option than an Amazon tablet. You can use either the device’s display or the microphones to access the best Alexa skills, though the former method lets you see all the best Alexa compatible devices in your home in a combined interface.

It takes just a few taps to turn on Philips Hue lights, for example. You can manage your devices individually, or assign them to Alexa routines for advanced home automation.

Like many Echo speakers (and certain Ring products), the Echo Show 5 supports Amazon Sidewalk. Sidewalk is a Wi-Fi sharing protocol that will let things like keyfinders connect to the cloud through Amazon devices via a low-power, long range network.

Additionally, the Echo Show 5 offers Alexa Guard, my favorite Alexa service overall. Amazon’s assistant will notify me if the display’s microphone recognizes the sound of a smoke alarm or glass breaking. While not as comprehensive as some of the best DIY home security systems, it is a less expensive alternative.

With a device as small as the Echo Show 5, I didn’t expect to appreciate the camera quality or video calling options. Besides, isn’t everyone sick of video chats at this point? I almost wish this smart display took a cue from Google and ditched the camera altogether. If you really need an apparatus for calling loved ones, there are better options, like the Amazon Echo Show 10 (3rd Gen) that rotates on its base to keep you centered. The latest Echo Show 8 has an auto-framing feature and 13-MP lens, too.

I could see the camera being a perk for the Kids Edition, though. Not only can parents dictate who is (and isn’t) safe to video call, but children won’t mind the 2-MP camera quality. It’s not a noticeable improvement from the original’s 1-MP camera, but the fun filters and stickers compensate well enough.

The Amazon Echo Show 5 (2nd Gen) sports the same speaker hardware as the first-generation model. The single 4-watt speaker doesn’t make the Show 5 one of the best Alexa speakers, but it delivers acceptable audio. Similarly to the Echo Dot’s sound, the Show 5 is fine for listening to a morning newscast or playing ambient sounds for sleep. Just don’t expect it to bring the bass to your next dance party.

Among the company’s smart displays, the Amazon Echo Show 5 (2nd Gen) isn’t our favorite. For a few bucks more you could get a smart display with several added features, and for a few bucks less you can get one of the best smart speakers that’s also a bedside clock.

But if you’re in search of a screen that saves nightstand real estate and helps navigate your smart home, there’s not another display that strikes the same balance of size and features as the Echo Show 5. I’ll still say the Kids Edition is the stronger sell, providing a stationary Amazon Fire tablet alternative that doesn’t need to be recharged all the time. And that comes with warranty.

Kate Kozuch is a senior writer at Tom’s Guide covering wearables, TVs and everything smart-home related. When she’s not in cyborg mode, you can find her on an exercise bike or channeling her inner celebrity chef. She and her robot army will rule the world one day, but until then, reach her at kate.kozuch@futurenet.com.