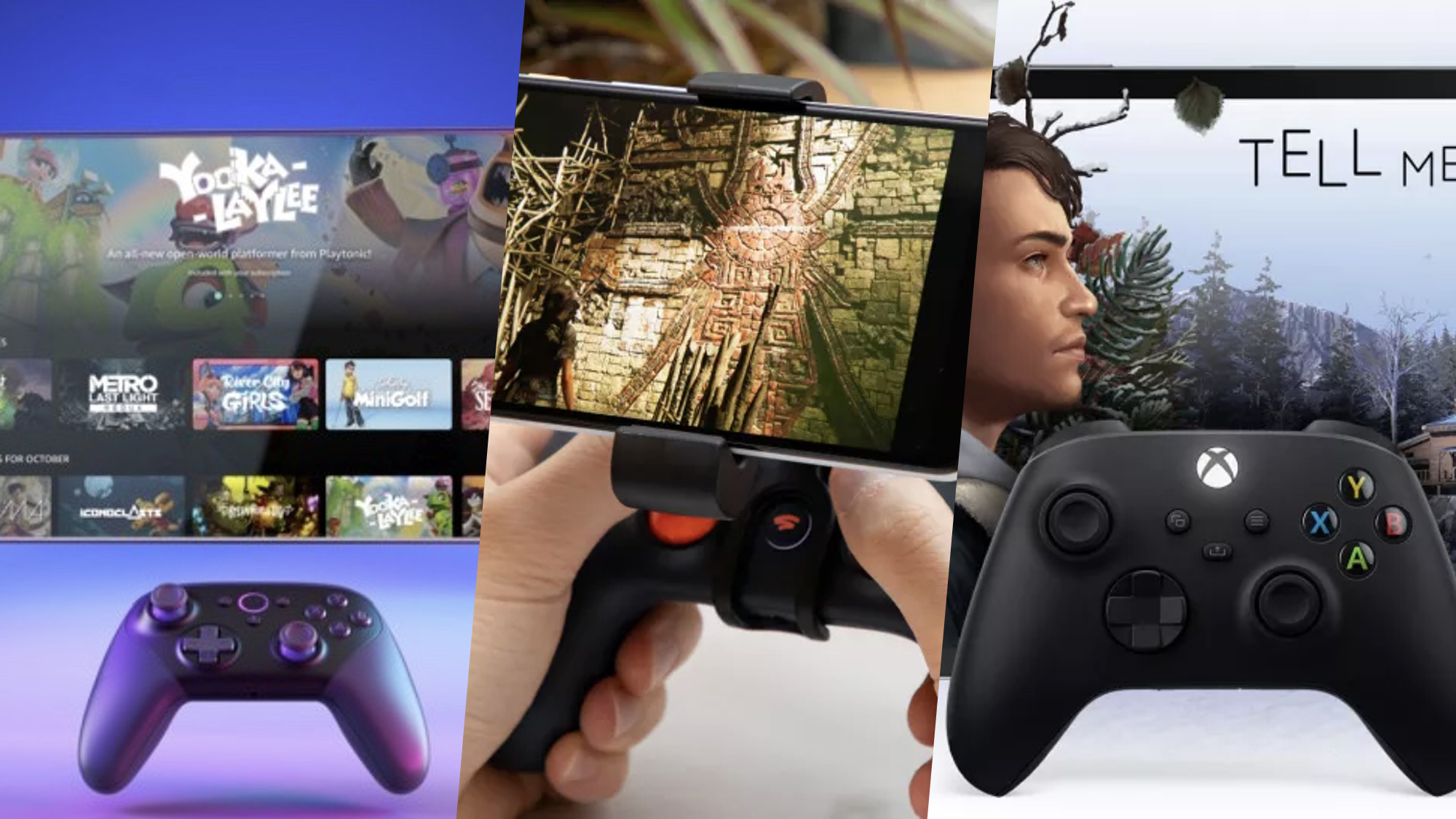 With the reveal of Amazon Luna, the cloud gaming arena just got yet another major player. Luna promises to deliver a range of big blockbuster titles that you can stream to just about any screen you own, from Fire TV devices to smartphones.

That places Luna as a direct competitor to Google Stadia, which offers a variety of options for buying and streaming games from the cloud, and Xbox Game Pass Ultimate, which offers Xbox game streaming in addition to Xbox and PC titles you can download.

Now that the world of cloud gaming is getting more crowded than ever, here’s a handy breakdown of how Amazon Luna vs Google Stadia vs Xbox Game Pass all stack up.

Amazon Luna will offer various “channels” that each include a package of games. Amazon’s own Luna Plus channel will cost $5.99 per month in early access; there’s also a dedicated Ubisoft channel on the way, though we don’t yet know what it’ll cost.

Google Stadia is free to start via the platform’s Stadia Base tier, but you’ll have to buy individual titles a la carte. These prices largely match what you’ll pay on console and PC, with games like Red Dead Redemption 2 and Borderlands 3 going for $59.99. Subscribing to the $10 per month Stadia Pro service gets you an instant library of games that includes Destiny 2, Hitman and PlayerUnknown’s Battlegrounds, as well as 4K gaming and exclusive discounts.

Xbox Game Pass Ultimate is the priciest of the bunch at $14.99, but you’re getting much more than just access to cloud gaming via Android. This subscription also gets you access to 100-plus titles that you can download to your Xbox One, Xbox Series X/S and PC, making it the ideal option for more dedicated gamers with multiple platforms.

Amazon Luna Plus will include a number of notable AAA games such as Control, Resident Evil 7 and Panzer Dragoon, as well as indie titles including Iconoclasts, ABZU and Brothers: A Tale of Two Sons. Luna’s Ubisoft channels will feature titles such as Assassin’s Creed Valhalla, Far Cry 6 and Immortals Fenyx Rising as soon as they come out, and Amazon promises that more publisher-based channels are on the way.

Xbox Game Pass just might be the winner in terms of sheer volume, offering 100-plus titles you can stream to your Android device. That includes nearly all major Xbox first-party games as soon as they launch, including Gears 5, Halo: The Master Chief Collection, Sea of Thieves and Forza Horizon 4, as well as third-party games including Destiny 2, Batman: Arkham Knight, Resident Evil 7 and Nier: Automata.

At launch, Amazon Luna will work with Fire TV, PC, Mac and iPhones and iPad via web streaming with Android support to come. Amazon will also offer a $50 Luna controller, which promises lower latency than Bluetooth controllers by syncing to the cloud and features a dedicated Alexa button for voice commands.

Google Stadia works with most major Android phones in addition to just about any computer with a Chrome browser and on TVs via Chromecast Ultra. Google also offers its own controller in the form of a $69 Stadia Controller, which, like the Luna controller, offers Wi-Fi syncing and has its own smart assistant built-in thanks to Google Assistant.

As of now, Xbox Game Streaming is limited to Android phones and tablets (Microsoft is still finding a way to work within Apple’s restrictive App Store policies). Game Pass Ultimate subscribers can also download games to their Xbox One, Xbox Series X or PC. There’s currently no option to stream games to a web browser or console, which would be a big boon for underpowered laptops and older Xbox models.

One of Luna’s marquee features is its deep Twitch integration, which will allow you to easily find streams of any game on the platform as well as easily broadcast what you’re playing to your Twitch channel. Stadia offers similar functionality with its Click to Play feature on YouTube.

Xbox Game Streaming doesn’t offer much in the way of fancy features, but one of its major selling points is that your progress and saves work seamlessly between the cloud, Xbox and PC. So if you start a game of Gears 5 on your Xbox One, you’ll be able to instantly pick up right where you left off on your phone.

Amazon Luna is shaping up to be a unique hybrid of what Google Stadia and Xbox Game Pass are offering. Its $5.99 starting price is enticing for the games that it offers, and the promises of publisher-specific channels could provides lots of high-profile games on the same day they hit consoles.

We’ve had mixed experiences with Google Stadia, but it is the only service that offers a free option while letting you simply buy the games you want a la carte. Xbox Game Pass Ultimate is the priciest of the bunch but also arguably the best overall value — especially if you also game on Xbox and PC.

Overall, the arrival of Luna should make for an interesting cloud gaming showdown this holiday, particularly for folks looking for a more affordable alternative to the PS5 and Xbox Series X.