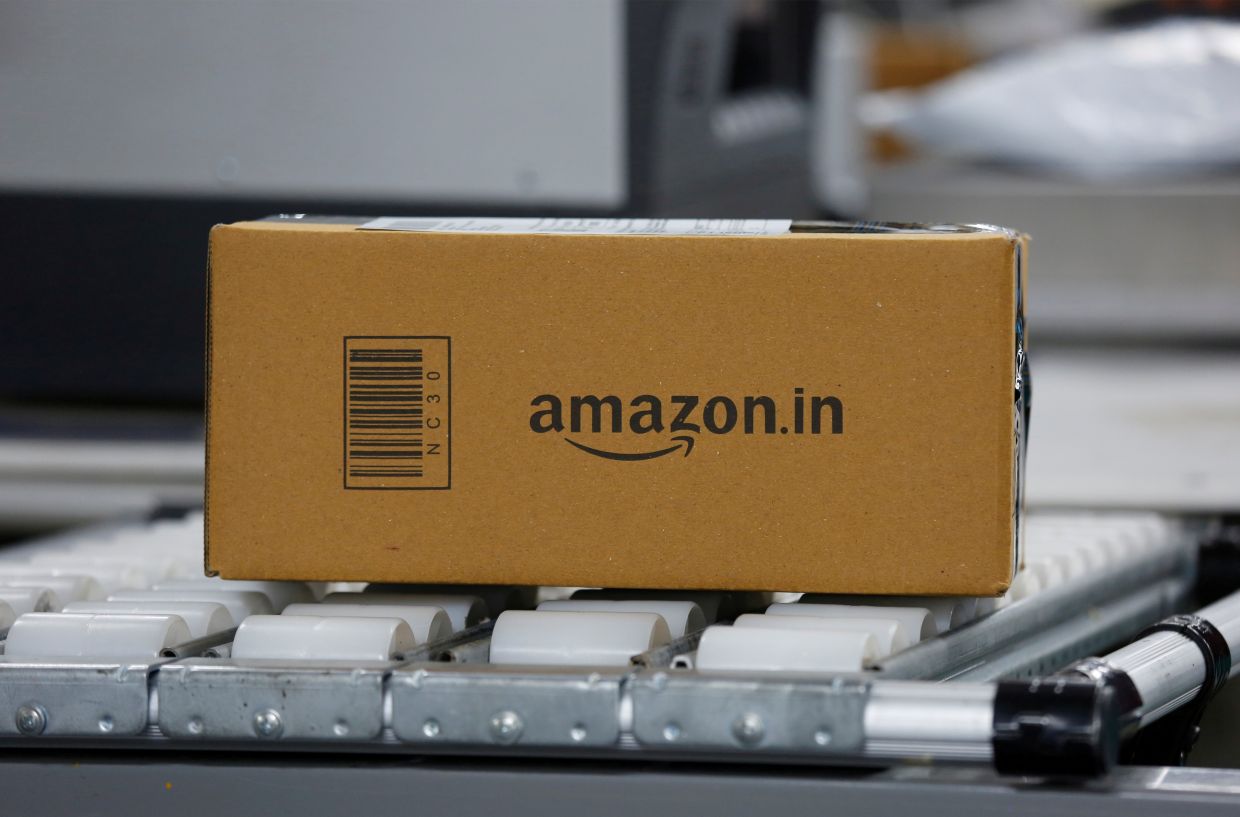 Amazon.com Inc and Mukesh Ambani’s Reliance Industries Ltd’s fight for dominance of India’s lucrative e-commerce space is turning into a face-off, with both sides battling over the assets of a supermarket chain that could be key to their wider ambitions.

Ambani and Jeff Bezos, two of the world’s wealthiest men, want the stores and warehouses of Future Retail Ltd, which has penetrated Indian cities and small towns with sales of everything from grocery to fashion and electronics. Amazon, which owns stake in a Future unit, and Reliance have in recent months made pacts with the Future Group, which they say are now being violated.

Reliance intends to purchase Future Retail’s assets “without any delay”, the conglomerate’s unit said in a statement late Sunday, after a Singapore arbitration court restrained Future from going ahead with the transaction. Reliance had agreed to buy Future’s retail, wholesale, logistics and warehousing units for US$3.4bil (RM14.15bil) in August, pushing Amazon to request an emergency hearing to stall it.

In a separate statement Monday, Future Retail said it wasn’t party to the Singapore proceedings and the matter “will have to be tested” under Indian arbitration law.

“One can expect legal proceedings to be initiated in Indian courts from both” Future and Amazon, said Amit Jajoo, a partner at law firm IndusLaw. “If Future Group is stopped from going ahead with the sale, effectively it also stops Reliance.”

Amazon wants to block Reliance’s purchase of Future’s brick-and-mortar assets because such a deal would give Ambani unparalleled dominance in the only billion-people economy open to foreign firms. Bezos has bet more than US$6bil (RM24.97bil) on India, and Future’s assets will allow it to reach small towns that house key consumers in a market estimated to swell to US$1 trillion (RM4.14 trillion).

Representatives for Amazon declined to comment beyond its Sunday statement, which welcomed the Singapore order and committed to an expeditious arbitration.

Amazon drew the battle lines earlier this month when it accused Future of violating a contract between the two sides by agreeing to a buyout by Reliance. The deal would have been a bailout for Future, which faces another potential cash crunch as competition in the Indian retail space intensifies and the economy slows amid the coronavirus pandemic.

Shares of Future Retail fell 5.1% in Mumbai on Monday. Reliance Industries Ltd, the conglomerate’s flagship, dipped 4%, the biggest decline since May that helped drag the benchmark Sensex index down 1.3%.

A spokeswoman for the Seattle-based e-tailer told Bloomberg on Oct 8 that it had initiated steps to enforce its contractual rights with Future, without giving more details. The deal between Reliance and Future, announced late August, is awaiting regulatory approval, which won’t necessarily be delayed by the Singapore court’s order.

Amazon agreed to purchase 49% of one of the Future Group’s unlisted firms last year, with the right to buy into their flagship, Future Retail, after a period of between three and 10 years. But about two months ago, rival Reliance announced it would buy the retail, wholesale, logistics and warehousing units of the indebted Future Group, almost doubling its footprint.

In May, Amazon was considering increasing its stake in Future’s retail unit to as much as 49%, people familiar with the matter said at the time. But that transaction didn’t materialise in time for Future, seeing it instead cut a deal with Ambani’s refining-to-retail conglomerate.

“Amazon is establishing itself as a reliable online retailer and to take their marketshare will need a huge effort from Reliance, which is not structured for online retail,” said K.S. Raman, a Mumbai-based retail adviser to the Consumer Electronics & Appliances Manufacturing Association. “But any online retailer will need strong offline support, and that’s why Future’s huge store presence is very attractive to them both.” – Bloomberg