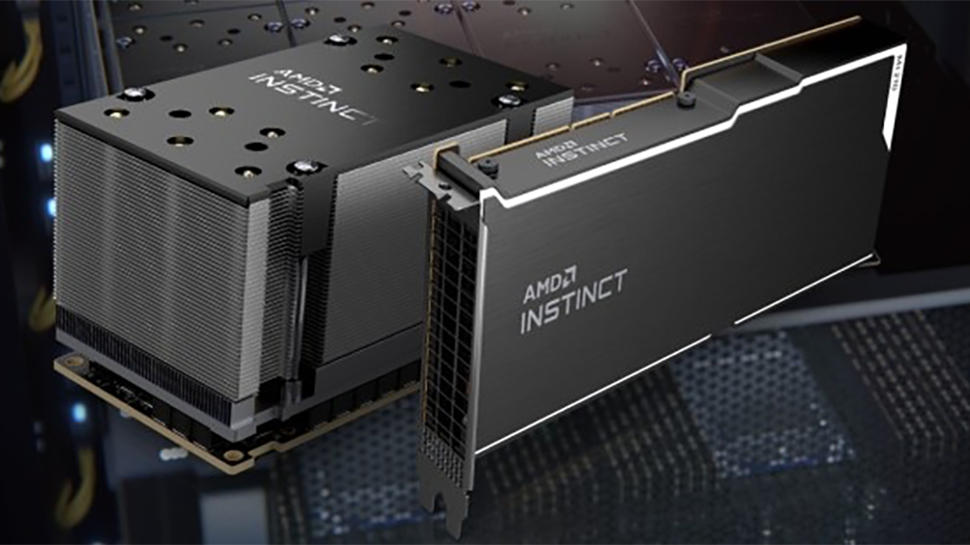 According to a tweet from an engineer working on the LUMI supercomputer, AMD has quietly begun shipments of its Instinct MI210 PCIe card for high-performance computing (HPC). The accelerator can be used inside both servers and workstations, and will compete against Nvidia’s A100 PCIe as AMD’s new flagship accelerator card. Perhaps the most interesting thing, however, is that AMD yet has to formally confirm the actual specifications of the product.

From the tweet we can assume that AMD has already started shipments of the Instinct MI210 PCIe cards to interested parties, according to George Markomanolis, an engineer from the CSC – IT Center for Science in Finland, where the 0.55 ExaFLOPS LUMI supercomputer is being built. Apparently, the MI210 has been announced at a live event, so it is only a matter of time before AMD releases its official specifications.

We know that it carries a cut-down version of an AMD GPU codenamed Aldebaran that consists of two compute dies (GCDs). The flagship Instinct MI250X accelerator with 128GB of HBM2e memory features 14,080 stream processors and 96 FP64 TFLOPS performance, comes in an open accelerator module (OAM) form-factor, and consumes up to 550W, according to rumors. Supplying 550W to a card and cooling it is hard, so the Instinct MI210 part is naturally less powerful than the Instinct MI250/MI250X. Meanwhile, it is likely that the part has the same memory capacity and feature set.

VideoCardz speculates that the MI250 PCIe compute GPU has 13,312 stream processors and comes with one eight-pin auxiliary PCIe power connector, which indicates that its power consumption does not exceed 375W.

At present it is impossible to tell how accurate any of these rumored specifications of AMD’s Instinct MI210 are, though reducing SP count and clock rates are two natural ways to cut down power consumption. Meanwhile, it will certainly be interesting to see how AMD’s MI210 stacks up against Nvidia’s A100 PCIe GPU.