KUALA LUMPUR, April 21 ― Apart from the iPad Pro 2021, Apple has also unveiled its sleek iMac models for 2021. It features a 24″ 4.5K Retina display, runs on the latest Apple M1 chip and comes in 7 striking new colours. Ahead of its Malaysian availability, Apple has revealed its local pricing on its online store. 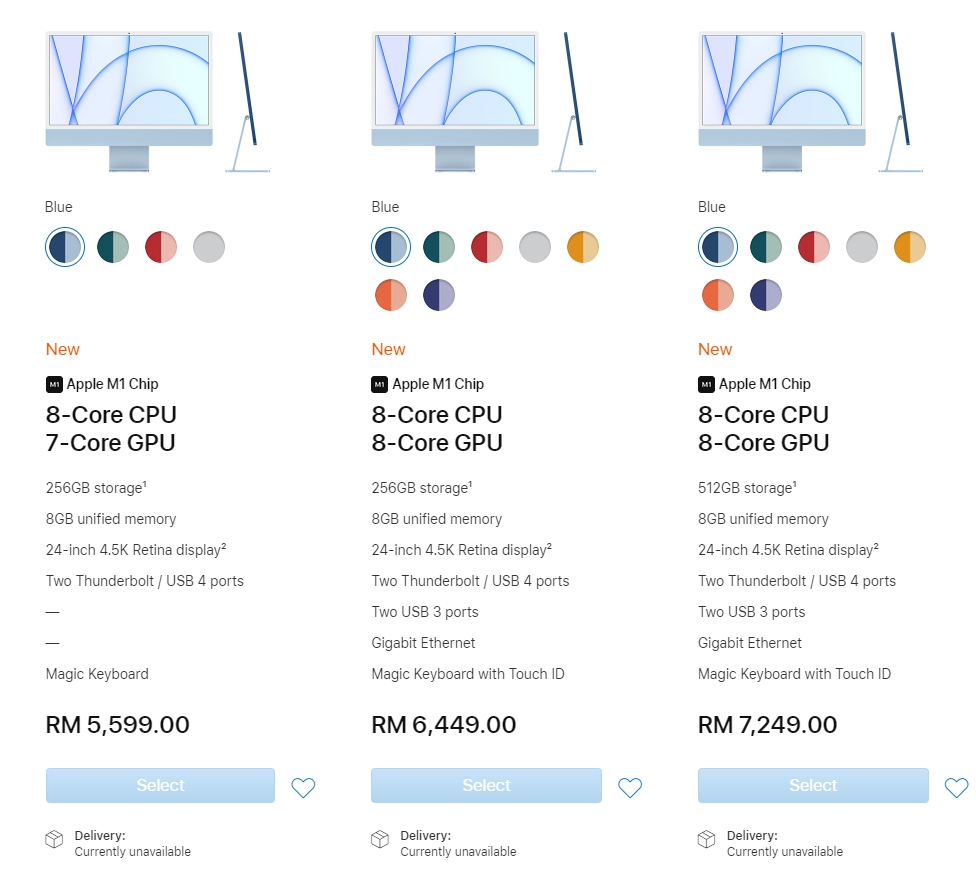 Do note that the lower-spec iMac (7-core GPU) is only offered in Blue, Green, Pink and Silver, while the higher-spec (8-core GPU) version gets the full array of colours which include Yellow, Orange and Purple. 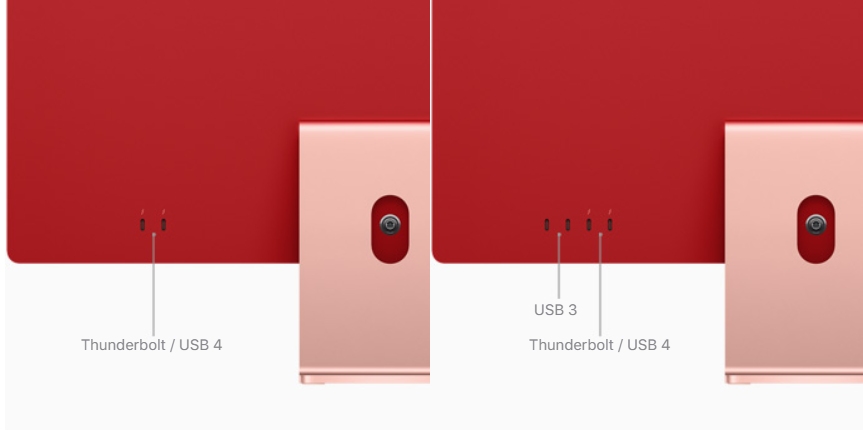 Another difference is the number of ports being offered as the base model gets just two Thunderbolt USB 4 ports, while the higher-spec option gets two additional USB 3 ports.

Once pre-orders are available, customers can further customise their iMac with up to 16GB of RAM and up to 2TB of storage at extra cost. Included as standard is a 143W power adapter that comes with a power cable with a magnetic connector. Also bundled is a USB-C to lightning cable, Magic Keyboard and Magic Mouse that come in matching colours. The Magic Keyboard with Touch ID is only included on the higher-spec iMac models with 8-core GPU. The entry level 7-core GPU model only gets the standard Magic Keyboard without Touch ID.

Apple has not revealed its local availability details for Malaysia just yet. Just like the iPad Pro 2021, it will be available for pre-order in first wave countries including the US, Singapore and Australia from April 30 and it will go on sale during the second half of May 2021. ― SoyaCincau