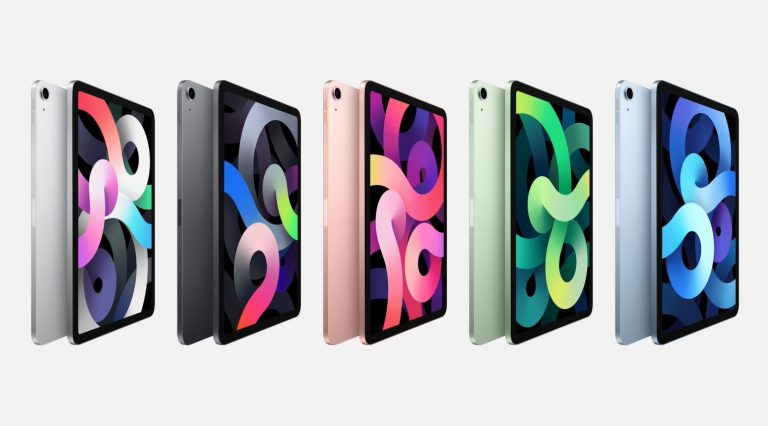 KUALA LUMPUR, Sept 16 ― Apple has introduced a new iPad Air which is completely redesigned for 2020. Apart from having a new exterior, the new iPad Air is running on what appears to be the same chip that would power the upcoming iPhone 12.

Upfront, the new iPad Air features a 10.9” Liquid Retina Display that pushes a resolution of 2360×1640 pixels. Although the screen stretches edge to edge like the newer iPad Pro, it doesn’t come with Face Unlock. Instead, it still features Touch ID which is now integrated on the power button.

The new Air now comes with stereo speakers which is great for watching video content in landscape mode. Unfortunately, there’s no longer a 3.5mm headphone jack so you’ll have to get a dongle or go completely wireless.

For the first time in the iPad lineup, Apple is offering a total of five colours which include silver, space grey, rose gold, green and sky blue. Overall, it is only 6.1mm thick and it weighs 458 grammes for the WiFi model and 460 grammes for the WiFi + celluar version.

Under the hood, it runs on a powerful 5nm A14 Bionic chip that boasts a 6-core CPU, 4-core GPU and a 16-core next generation Neural Engine. According to Apple, this is the most powerful chip they have ever made and it boasts 11.8 billion transistors.

The new Air still boasts 10 hours of battery life and it now charges via USB-C. Included is a 20W USB-C Power adapter and a USB-C to USB-C charging cable. The USB-C port also supports high-speed 5Gbps transfer rate and the ability to connect to an external 4K monitors. It also supports WiFi 6, Bluetooth 5.0 and as well as Gigabit LTE with 30 bands for the cellular version.

In terms of accessories, the new iPad supports the 2nd gen Apple Pencil which can be attached magnetically to the iPad Air. It also supports the Magic Keyboard and it uses the same version that’s compatible for the 11” iPad Pro.

The iPad Air 2020 will be available in Malaysia soon and below is the official pricing:

You can learn more on the iPad Air product page. ― SoyaCincau