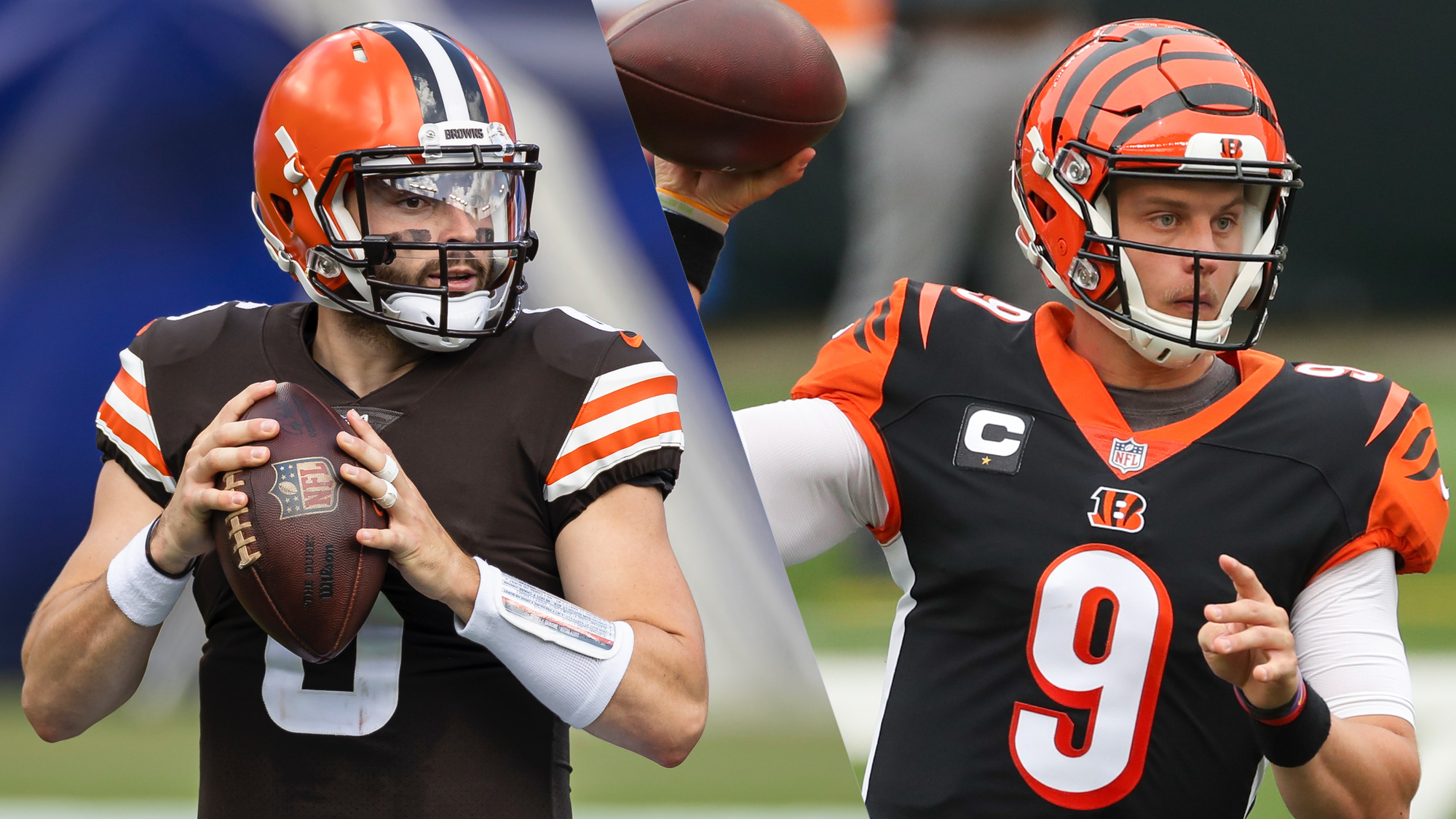 We’re a day away from Bengals vs Browns live streams, kicking off week 2 of the NFL season. This Thursday Night Football matchup pits two winless (0-1) teams against each other to see which can earn a win, as both teams put their first-overall NFL Draft pick QBs up against each other.

Cleveland’s Browns are the favorite (by 6 points) for this NFL live stream, and while this might not feel like the perfect follow up to last week’s big TNF rematch between the Chiefs and Texans, this game will probably provide bragging rights for one team to say it invested better in its future.

The over/under is currently a whopping 43.5, showing that while Vegas has confidence in these pigskin-slingers, it doesn’t think a whole lot of either team’s defense.

And while Mayfield only has 7 wins in 30 career starts, 3 of those W’s came against the Bengals, giving many to think this is where he’s got his chance. Odell Beckham Jr. only had 3 catches with 22 yards in the week 1 season opener against the Ravens, and if Mayfield wants to win, that number needs to go up.

Unfortunately for many, this game breaks isn’t on a broadcast TV channel, nor is it on Amazon Prime, as many TNF games will be.

Here are the best ways to watch the NFL season start with the Bengals vs Browns game:

How to watch Bengals vs Browns live streams with a VPN

Football fans, if for some reason you’ve had to leave your own “bubble” — or you can’t get the NFL Network where you are for some strange reason — and you can’t watch the Bengals vs Browns live streams you want, you’re not out of luck. With a virtual private network, or VPN, you can appear to be surfing the web from your home town (or somewhere that blackouts won’t hit), and access the same streaming services you already paid for.

Not sure which VPN is right for you? We’ve tested many different services and our pick for the best VPN overall is ExpressVPN, and we’re also recommending IPVanish. ExpressVPN offers superb speeds and excellent customer service, and IPVanish’s low pricing is shocking.

You should also check out IPVanish, another of the best VPNs, which has unlimited device connections, and it’s also great for working around Netflix’s georestrictions, so you can watch stuff on international Netflix plans that isn’t in your neck of the globe. Its annual plan works out to a shockingly low $3.25 per month, too.

Bengals vs Browns live streams in the US

In America, Bengals vs Browns is going to be broadcast on the NFL Network, which is available on two of our favorite streaming services: fuboTV and Sling TV. The game starts at 8:20 p.m. ET / 5:20 p.m. PT, tomorrow (Thursday, Sept. 17).

When it comes to picking the right streaming service for football, die-hard football fans will probably want fuboTV, as it has all five of the main channels you’ll want: CBS, ESPN, FOX, NBC and the NFL Network. That’s why it’s one of the best streaming services.

Sling TV on the other hand, may be more affordable, but it still gets you four out of the five networks listed above (no CBS for Sling, or NFL RedZone). It’s a case of “you get what you pay for” as Sling Orange & Blue costs $45 per month, while the Fubo TV Standard package gives you all of the above, for $59.99 per month.

Fubo.TV: One of the best streaming services with NBC, and the top pick for watching all of the 2020 NFL live streams, Fubo has all of the right network channels and the two cable channels you don’t want to go without. Who needs cable? Not Fubo subscribers. It’s got a 7-day free trial so you don’t need to pay up front.View Deal

If you can stand to miss CBS games, Sling TV provides a middle ground. The $45 per month Sling Orange + Blue package has NFL Network for this game, as well as local NBC and Fox affiliates, and ESPN.View Deal

Bengals vs Browns live streams in the UK

But even though Bengals vs Browns is an NFL Network exclusive, our friends across the pond can also watch along live, even if it is an an ungodly hour of 1:20 a.m. local BST. Yes, those in the U.K. will want Sky Sports for watching NFL games in the U.K. It will also feature more than 100 live games this season.

Get in, folks, we’re going to Da Zone. Or to be more specific, Canadian football fans will need DAZN to watch Bengals vs Browns live streams in Canada.