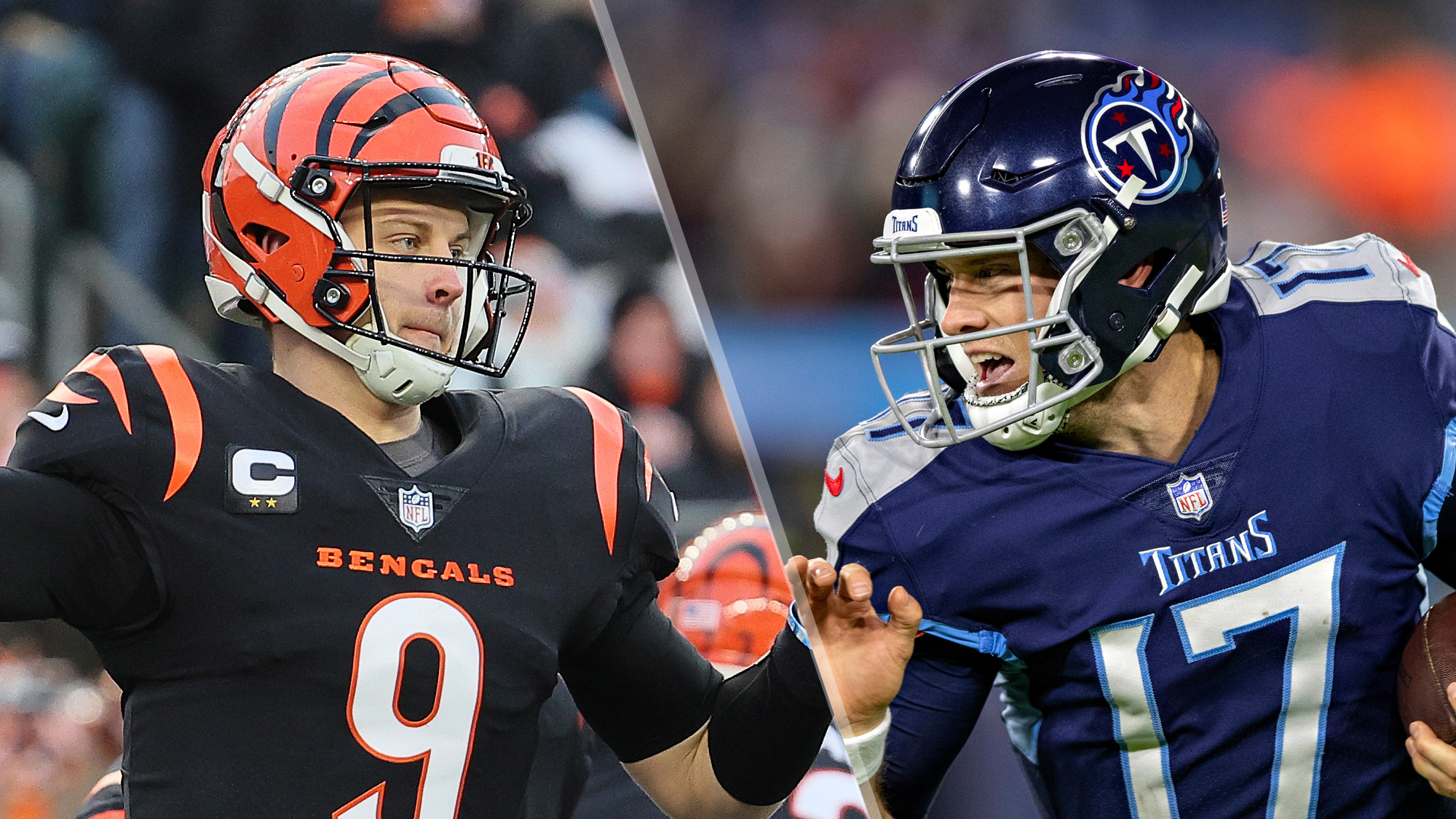 The Bengals vs Titans live stream is coming up soon, and it will feature the AFC’s top team getting even better! All-Pro running back Derrick Henry was activated Friday after missing the last two-plus months of the season with a fracture in his foot. With Henry’s comeback, Cinci’s top-5 run defense will be put to the test in this NFL live stream.

The Bengals (10-7) picked up from where they left off in the regular season as they scored 20 first-half points and were able to ride that to a 26-19 win over the Raiders in the wild card round of the playoffs. Joe Burrow completed 24-of-his-34 passes including two touchdowns in his playoff debut while leading Cincinnati to their first playoff victory in 31 years.

Rookie wide receiver Ja’Marr Chase will look to continue his tear against the Titans. Chase took the Raiders for nine catches and 116 yards in the wild card win and now has three 100-yard-plus games in his last four contests.

The Titans (12-5) are the AFC’s number one seed coming into the playoffs and are coming off a first-round bye. That week of rest came with a great benefit as they will have Derrick Henry back in the lineup. The two-time rushing champion was well on his way to his third straight rushing title before his regular season was cut short after he suffered a foot-fracture in week eight. At the time of the injury, Henry was the NFL’s leading rusher and still managed to finish the season in the top 10 in rushing yards (937) and touchdowns (10). He was cleared for contact drills in practice this week.

Tennessee earned their number one seed after not just losing Henry, but also their leading receiver A.J. Brown. The 24-year-old suffered a chest injury November 21st and was placed on injured reserve. Brown was activated just three weeks later and promptly caught 11 passes for 145 yards and a touchdown in his first game back. He managed to haul in a team-high 869 yards on the season with five touchdowns.

How to watch Bengals vs Titans live stream from anywhere

If you’re away from home and can’t watch Bengals vs Titans you can still see the game. Using the best VPN makes it so that you can appear to be surfing the web from your home town, so you can access the same streaming services you already pay for.

Bengals vs Titans live streams in the US

In the U.S., the Bengals vs Titans live stream is going to be broadcast on CBS, which is available with most cable packages and on one of our favorite streaming services: fuboTV.

You can get your local CBS network’s NFL games via Paramount Plus, if you want.

So, that makes it really easy to recommend where cord-cutters should turn to watch the NFL season: Fubo TV. Built for all things sports, Fubo has all three of those local broadcasters, plus ESPN and NFL Network. That’s why it’s one of the best streaming services.

Sling TV doesn’t have CBS (not without AirTV at least), so while that’s one of our favorite services, it’s not ideal for football fans.

Paramount Plus combines what used to be CBS All Access with even more content from the deep ViacomCBS vault. Get access to Survivor and Big Brother episodes, as well as originals like Star Trek: Picard and The Good Fight. And more great stuff is on the way, including Frasier and Criminal Minds revivals.

With one of our best TV antenna picks you can watch live for free if — and only if — your local CBS affiliate is showing Bengals vs Titans.

Bengals vs Titans live streams in the UK

American football fans across the pond can watch Bengals vs Titans on Sky Sports, the typical home to more than 100 live games per NFL season.

Get in, folks, we’re going to Da Zone. Or to be more specific, Canadian football fans will need DAZN to watch Bengals vs Titans live streams in Canada.