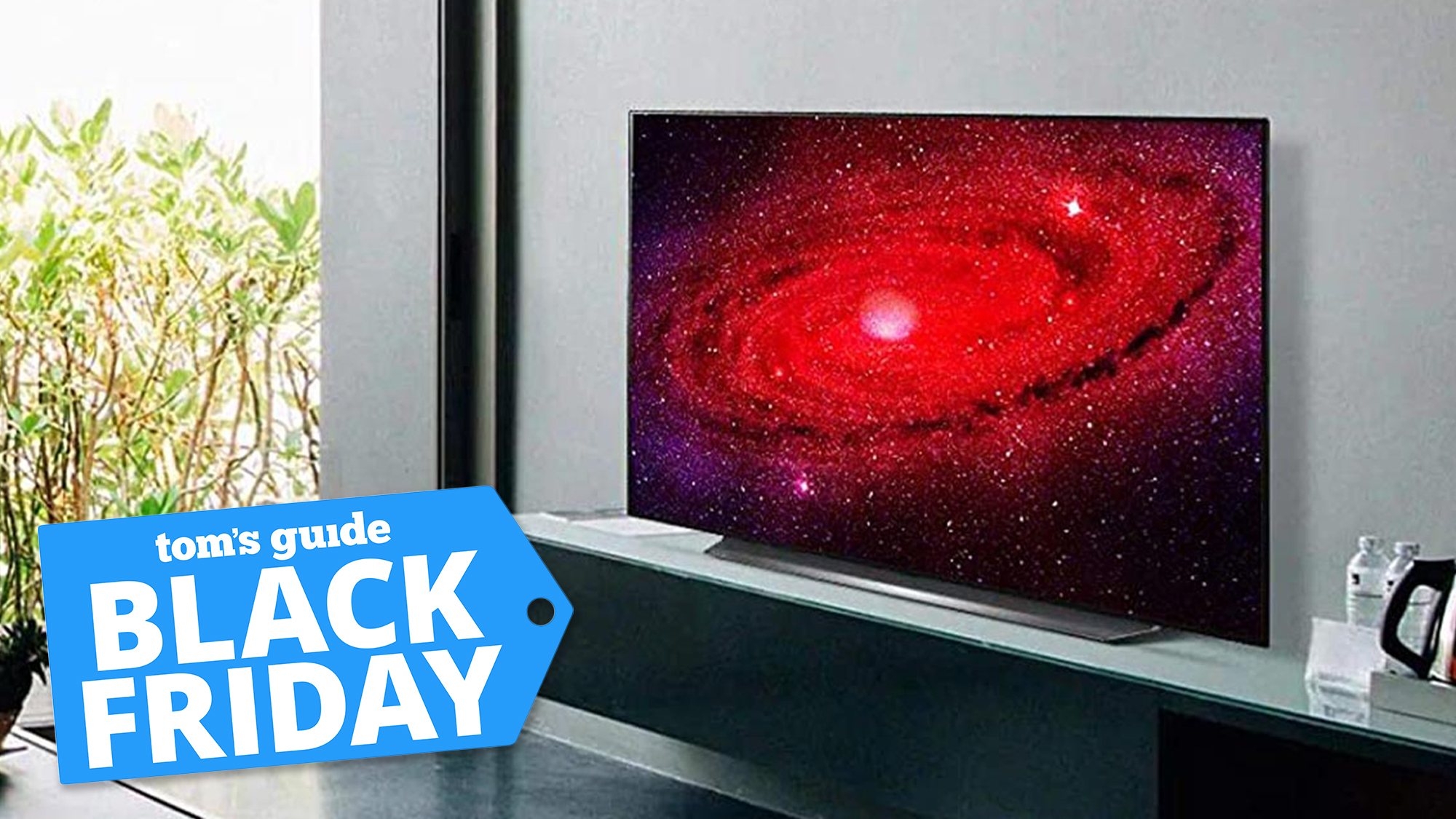 Black Friday TV deals are already underway and giving major discounts to sets from Best Buy, Walmart, Amazon and more. Some of the best Black Friday deals from these major retailers will take over $1,000 off the price of top-notch TVs as the holiday season ramps up.

Both upcoming Black Friday and Cyber Monday deals give you a chance to score some of the best TVs and 4K sets of the year at a cheap price. There will also be off-brand models on sale, but if you’re determined, you should procure great deals on TVs from Samsung, Sony, TCL and Vizio. You might even manage to get an LG OLED TV for half off, if you’re committed to tracking sales.

Insignia 19″ 720p TV: was $79 now $59 @ Best Buy
If you’re looking for a cheap TV deal, you’ll be hard pressed to find something less expensive than this Insignia TV. Perfect for the basement, small spaces, or a kid’s room, the 19-inch TV sports 720p resolution and two HDMI ports. It’s the same price it was on Prime Day.View Deal

Insignia 24″ Fire TV: was $149 now $99 @ Best Buy
It may be small, but this 24-inch Fire TV features Alexa so you can stream from your favorite apps and even control your TV via the voice remote. This early Black Friday deal is on sale for just $99.99. View Deal

Toshiba 32″ Fire TV: was $179 now $139 @ Best Buy
Best Buy is knocking the price of this 32-inch Fire TV down to just $139. It has built-in Fire TV access, which means you’ve got support for Netflix, Disney Plus, Hulu and, of course, Prime Video. It also comes with a voice remote, so you can control certain functions of your TV with the sound of your voice. View Deal

TCL 40″ Roku Smart TV: was $299 now $198 @ Amazon
Don’t require a 4K TV? Amazon has the TCL 40-inch Roku Smart TV on sale for $198. This early Black Friday deal is cheap enough that it won’t break the bank. We also like that it features Roku’s platform — our favorite OS for streaming. View Deal

TCL 55″ 4K Android TV: was $399 now $199 @ Best Buy
This TCL 4 Series model has everything you could need: sharp 4K picture, good audio and access to all your favorite streaming apps. Plus a 55-inch screen for under $300? Don’t sleep on this early Black Friday TV deal.View Deal

Toshiba 43″ 4K Fire TV: was $329 now $209 @ Best Buy
The Toshiba 43-inch 4K Fire TV packs modern day features inside a small, space-saving TV. Meanwhile, its voice remote with Alexa lets you use your voice to watch live TV, switch inputs, and even control other smart home devices. This is an early Black Friday deal for shoppers on a tight budget who want 4K resolution. View Deal

Insignia 55″ 4K Fire TV: was $429 now $279 @ Best Buy
If you want a big-screen TV that won’t break the bank, you’ll be hard pressed to find a better deal than this. Best Buy has the Insignia 55-inch 4K Fire TV back on sale for just $279. Like all Fire TVs, it gives you access to tons of content/apps as well as access to Amazon’s digital assistant, Alexa. View Deal

Toshiba 50″ Fire TV: was $379 now $259 @ Best Buy
Add a new smart TV to any room you want with this cheap Fire TV. Built-in Fire TV access means you’ve got support for Netflix, Disney Plus, Hulu and, of course, Prime Video. Currently on sale for $259, it’s one of the cheapest TV sales you can get right now.View Deal

TCL 75″ 4K Android TV: was $799 now $499 @ Best Buy
The 75-inch 4-Series 4K Android TV is one of the best TV values around. You get 4K resolution, HDR10/HLG support, and three HDMI ports. It also features built-in Chromecast, which gives you easy access to thousands of apps and streaming content. It’s now at its lowest price ever. View Deal

Hisense 70″ 4K Android TV: was $650 now $529 @ Best Buy
The Hisense H65 is a 70-inch 4K Android TV loaded with features. For just $529, you get a TV with Dolby Vision/HDR10 support, built-in Chromecast, DTS Virtual X support, and a voice remote that lets you control the TV with the sound of your voice. It’s one of the least-expensive 70-inch 4K TVs you’ll find. View Deal

LG CX 55″ 4K OLED TV: up to $503 off all models @ Amazon
If you’re searching for early Black Friday deals on OLEDs, here’s a sale that saves you a whopping $603. Currently, Amazon is taking up to $603 off the entire line of LG CX Series 4K OLED TVs. We reviewed the 65-inch version of this TV and found it offered an unparalleled picture with inky blacks and excellent audio. After discount, you can get the 55-inch model for just $1,396.View Deal

Vizio 65″ OLED 4K TV: was $1,999 now $1,499 @ Best Buy
Meet Vizio’s first OLED TV. This 65-inch 4K OLED TV packs Vizio’s new IQ Ultra CPU and the company’s new ProGaming Engine, which is designed for gamers in mind. It supports Dolby Vision HDR, DTS Virtual X, Vizio SmartCast, and a host of digital assistants for hands-free control of your TV. This is only the second time it’s been on sale and it’s now $400 cheaper than it was in the lead up to Prime Day. View Deal

Samsung The Frame TV: was $1,999 now $1,499 @ Best Buy
Samsung’s art inspired The Frame TV hangs on the wall like a painting, offering you a full featured 4K smart TV that blends in with your decor. Samsung sweetens the deal with a huge selection of art to display when you’re not watching movies and shows, and Best Buy has it for $500 off.View Deal

Sony 65-inch A8H OLED: was $2,799 now $2,299 @ Best Buy
One of our favorite TVs of all time, the Sony A8H OLED offers some of the best picture and sound we’ve ever seen, in addition to being a highly capable Android smart TV. You can score this awesome OLED for $500 off at Best Buy.View Deal

Black Friday deals are designed to generate excitement around sales, so don’t let the deals hype sidetrack you. The basics of buying a great TV on sale are the same as regular priced models: Know what features you should expect, what extras you may want, and read up on reviews to get a feel for what’s good or bad about specific models.

Our favorite brands are probably the names you already recognize: LG, Samsung and Sony offer the top premium models, while Hisense, TCL and Vizio deliver excellent quality at more affordable prices. Last year’s sales saw price cuts of $500 or more on some top models, and we expect similar sales this year. Look for Walmart Black Friday deals since the retailer tends to discount brands like Vizio and TCL.

Watch the fine print on those deals, though. You may see some TVs selling for $100 or less, but they all have some pretty severe limitations. Small sizes are common, and 32-inches is pretty small compared to the 65-inch models we usually review. (Check out our guide to choosing the right TV size to find the best size for your home.)

Most are lacking smart features or rely on off-brand software with limited app selection. But the biggest gotcha you’ll see on Black Friday is low resolution — some don’t even offer full HD, opting for 720p resolution. While you may see TVs listed for amazingly low prices — some for less than $100 — don’t expect any of the smart functions or 4K panels we see in the best TVs.

The other thing to watch for are refurbished and open box units. These can be a source of enormous savings, but they come with wear and tear before you ever set it up, and warranty coverage may not be as robust as a new model will offer. Refurbs are a good way to save a buck during the rest of the year, but as we get into the holidays, the best deals are on new units.

Just remember the old saying about things that look too good to be true. Not all Black Friday cheap TVs are great deals, even when the prices are enticing.