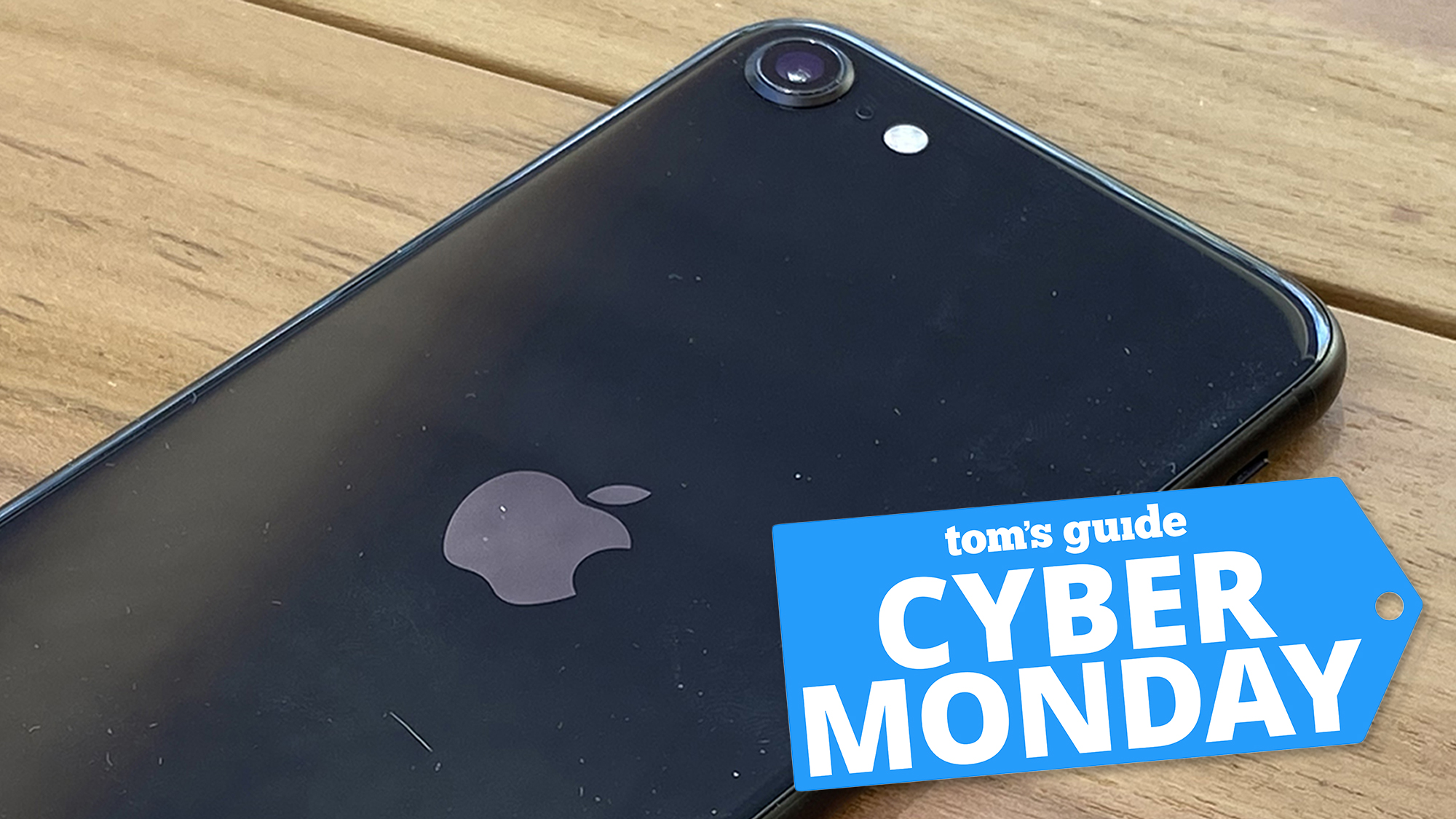 The iPhone SE Cyber Monday deals are live now! You can get Apple’s cheaper, smaller phone for less, whether you choose to buy on a network like Verizon or AT&T, or you purchase outright from a store. What’s more, getting an iPhone SE Cyber Monday deal also means you’re likely to get other accessories and gifts as an incentive. Signing up at Verizon, for example, gets you the iPhone SE and the chance to buy an Apple Watch SE to accompany it for only $99. That’s great value.

What other iPhone Cyber Monday deals are out there? Walmart has slashed $100 off the price of the handset, so you can buy it new for $249 and avoid signing up to any long contracts. And if you buy from AT&T right now, you’re essentially getting the SE for $5 per month, which is a great discount on the regular price.

Should you wait for the Cyber Monday deals to actually buy a new iPhone SE? Well, the deals on iPhone SE are very good right now, and stock tends to vary, so our advice is: take the deal now, if it works for you. There’s no guarantee tomorrow will save you any more money. Of course, you may want to search out an iPhone 12 Cyber Monday deal, to get a newer phone.

iPhone SE: was $399 now $149 @ AT&T
AT&T offers the easiest way to save big with iPhone SE Cyber Monday deals. New and existing customers can pick up the phone for $5 a month over 30 months — that’s $149 overall. You’ll need to either get a new line or upgrade your existing line. Trade in an eligible device, and AT&T will give you the iPhone SE for free, in the form of bill credits spread over 30 months.View Deal

iPhone SE: was $349 now $249 @ Walmart
Walmart is one of the few retailers offering an iPhone SE deal, though to reap the savings, you’ve got to buy a phone tied either Straight Talk or Total Wireless. That lets you get the iPhone SE for $249, a $100 discount off the $349 price at which Walmart previously sold the iPhone SE.View Deal

iPhone SE: $99 Apple Watch SE  @ Verizon
If you fancy getting a matching smartwatch with your new iPhone, Verizon is letting you get a discounted Apple Watch SE or up to $200 off another eligible smartphone or tablet when you sign up for a contract. You’re also getting the phone for $240 instead of $400, which is a great deal.View Deal

iPhone SE: was $399 now $99 @ Metro By T-Mobile
Switch to Metro by T-Mobile, and bring your old phone number over to the carrier. That will save you $300 on the cost of a new iPhone SE, and you’ll get to use T-Mobile’s network for your service.View Deal

iPhone SE: get $100 GC and Nimble fast-charger @ Visible
Visible’s $384 price on the iPhone SE is only $15 less than what the phone sells for at Apple. But it’s the goodies that Visible includes which makes this a noteworthy deal. Buy an iPhone SE and you’ll get a $100 MasterCard gift card. Visible also includes a Nimble fast-charging kit too, which is very handy.View Deal

iPhone SE: was $349 now $49 at Cricket
Cricket takes $300 off the cost of an iPhone SE when you switch to the discount carrier and bring your own number. If you’re an existing customer or you need a new phone number, you’ll pay $249, which is still a $100 discount.View Deal

iPhone SE: was $399 now 50% off @ T-Mobile
Too late. Discount has ended! During iPhone SE Cyber Monday deals, start on a monthly installment plan, and activate a new line of data at T-Mobile. The Uncarrier will give you the iPhone SE for half off or $199. The larger 128GB and 256GB are available for a larger initial payment.View Deal

iPhone SE Cyber Monday deals: What to know about the iPhone SE

The iPhone SE takes the same form factor as the iPhone 8, but updates the inner components. This phone features an A13 Bionic processor, which may not match the A14 Bionic found in the iPhone 12 lineup, but still outperforms many top Android handsets. The iPhone SE also features a single rear camera, aided by the neural engine on the A13 chip to produce some of the best photos we’ve seen from a low cost phone.

Many of the iPhone SE Cyber Monday deals we’ve seen so far only cover the 64GB base model. That’s a pretty meager amount of storage these days, so look for bargains on the higher capacity models if possible. AT&T’s discounted price currently applies to the 128GB ($300) and 256GB ($450) versions of the iPhone SE, too.

The iPhone SE comes in three colors — black, white and Project Red. The deals above apply to all three color options where supplies are available.

The iPhone SE is currently the cheapest iPhone, though Apple recently cut the prices of the iPhone 11 and iPhone XR to $599 and $499, respectively.

Is iPhone SE worth buying now?

During iPhone SE Cyber Monday deals you’ll find promotions you might not see again. If you’re in the market for a new iPhone, you have the chance to get a new model for a fraction of the cost. Of course restrictions apply based on your carrier, but changing your cellular plan could save you money if you do your research.